The inhabitants of Vestmannaeyjar, on the Icelandic island of Heimaey, were all fast asleep when the eruption began at 1:55 am GMT on 23 January 1973 on the eastern slope of Helgafell, "the sacred mountain".

The eruption was a surprise, the scientists did not notice any harbinger (with the means of the time).

The lava flows to the east, emitted by a fissure of about 1,600 meters in length.

As indicated by a cable received by the Smithsonian, the eruption was preceded by a seismic swarm beginning January 21 at 21h GMT; some 200 tremors of low magnitude are recorded until January 23, the largest of M about 2.7. The eyewitnesses initially thought that all the houses in the eastern part of the city had caught fire, but they soon realized that the earth had just opened up and vomited lava at tens of meters high.

Sirens are triggered to warn the population, and very quickly, under the threat of the advance of lava and emission of gas, the inhabitants reach the port where fishing boats begin the evacuation to Iceland. The sick and the elderly are evacuated by planes. Almost all residents are evacuated on the first day, and only 150 people remain on Heimaey, joined by the ICE-SAR volunteers. Heimaey - the third day of the eruption - photo Digo The eruptive fissure has between 30 and 40 vents and extends along the east coast of the island. The lava comes out fountains from a height of up to 600 meters, and bombs are catapulted to more than 2,500 meters in the air.

The eruption concentrates quickly in the center of the fisssure, and lava and tephra of the central crater erect a cone that will become the Eldfell, "the mountain of fire". 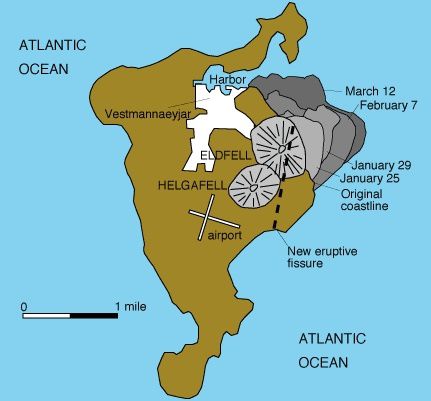 Heimaey, its volcanoes, and the progression of surfaces covered by lava flows in 1973 - USGS map

From the beginning of the eruption, houses close to the rift disappear under the lava and the tephra. A few days later, the winds turn to the west, and ashes fall on the city, burying quickly the buildings. Lava fountains seen from the port of Vestmannaeyjar, on the island of Heimaey, January 25, 1973 - photo Bettmann archives 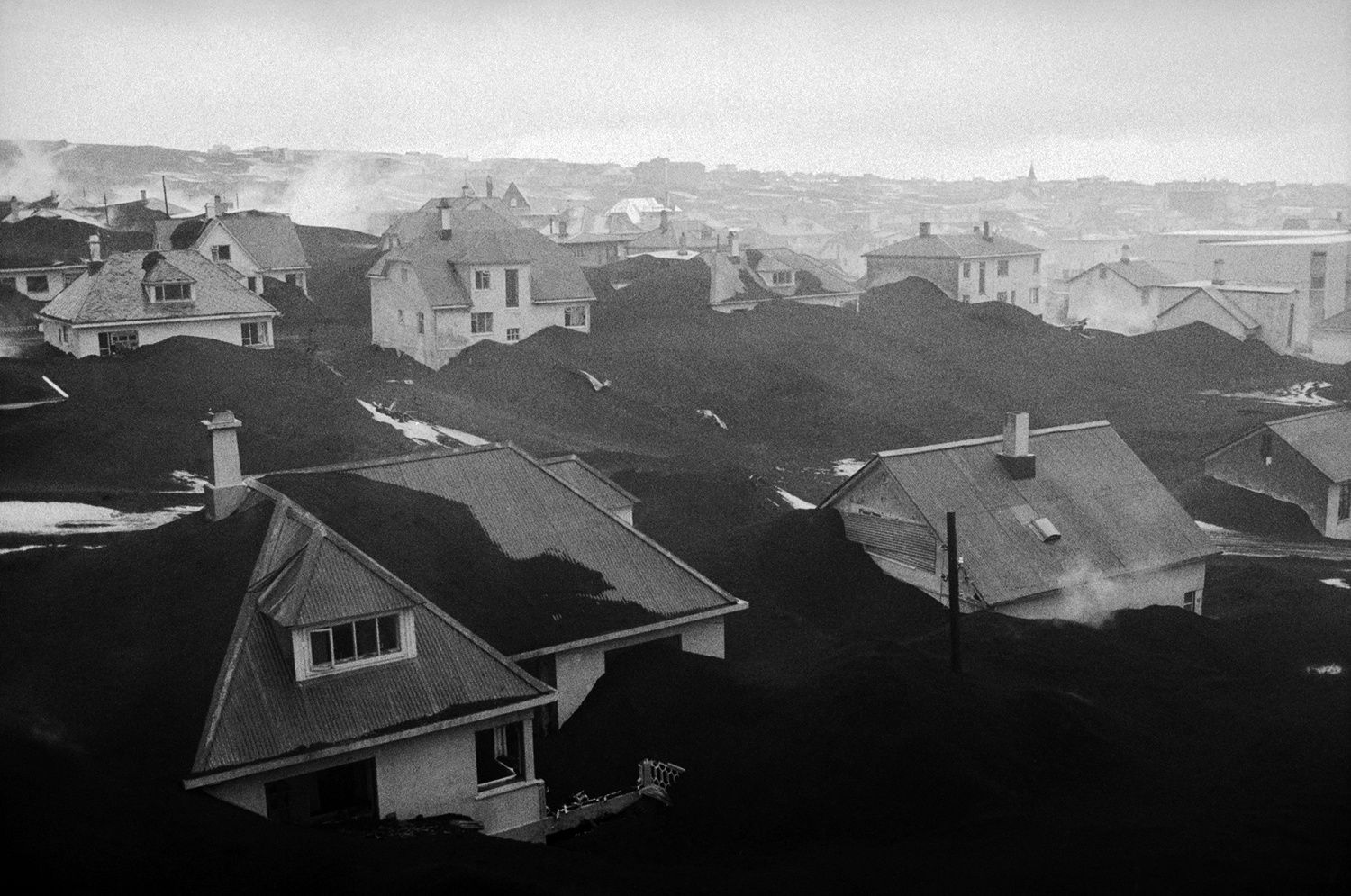 The houses of Vestmannaeyjar, buried under the ashes, after the eruption of 1973 - photo Owen Franken / Corbis in The Atlantic

The lava flows enlarge the island: on January 30, the lavas cover 1 km² and the volume of ash poured on the city is estiimé to 2 million m³.

Middle of February, the lavas covers 3 km ², and its volume reaches 110 million m³. The flows threaten to close the entrance to the port, and cut the freshwater pipeline with the mainland ... which would mean the economic death of the city, fishing being its main resource. 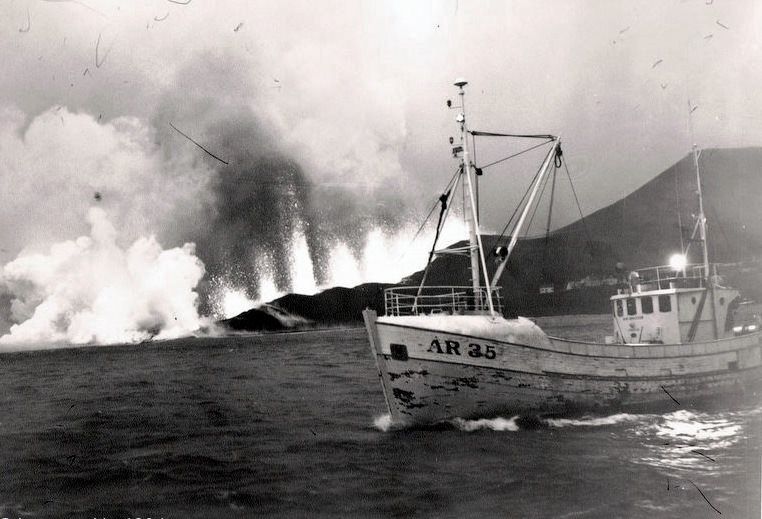 Heimaey 1973 - Will the entrance to the harbor be blocked by lava flows ?

All this watering down the temperature of the flows to about 200 ° C and solidifies the lava, which are immediately attacked by the bulldozers, while rollers compress tons of ashes dumped in dams. The man once again knew how to control "a little bit"  the destructive force of the volcano.

In July 1973, the pumping stops, and the amount of seawater pumped is estimated at more than 6 million cubic meters. The first families return to the island, and a fish processing plant is restarted.

In the following year, all the inhabitants returned to the city, which is now heated by the volcano.

In 2005, the city council decided to clear 10 houses buried since 1973, and to build a memorial museum, the Eldheimar museum. 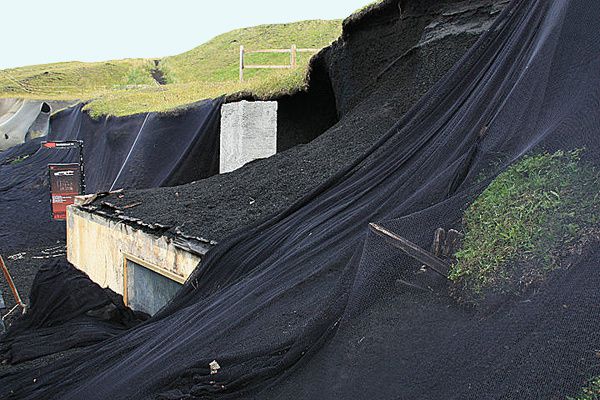 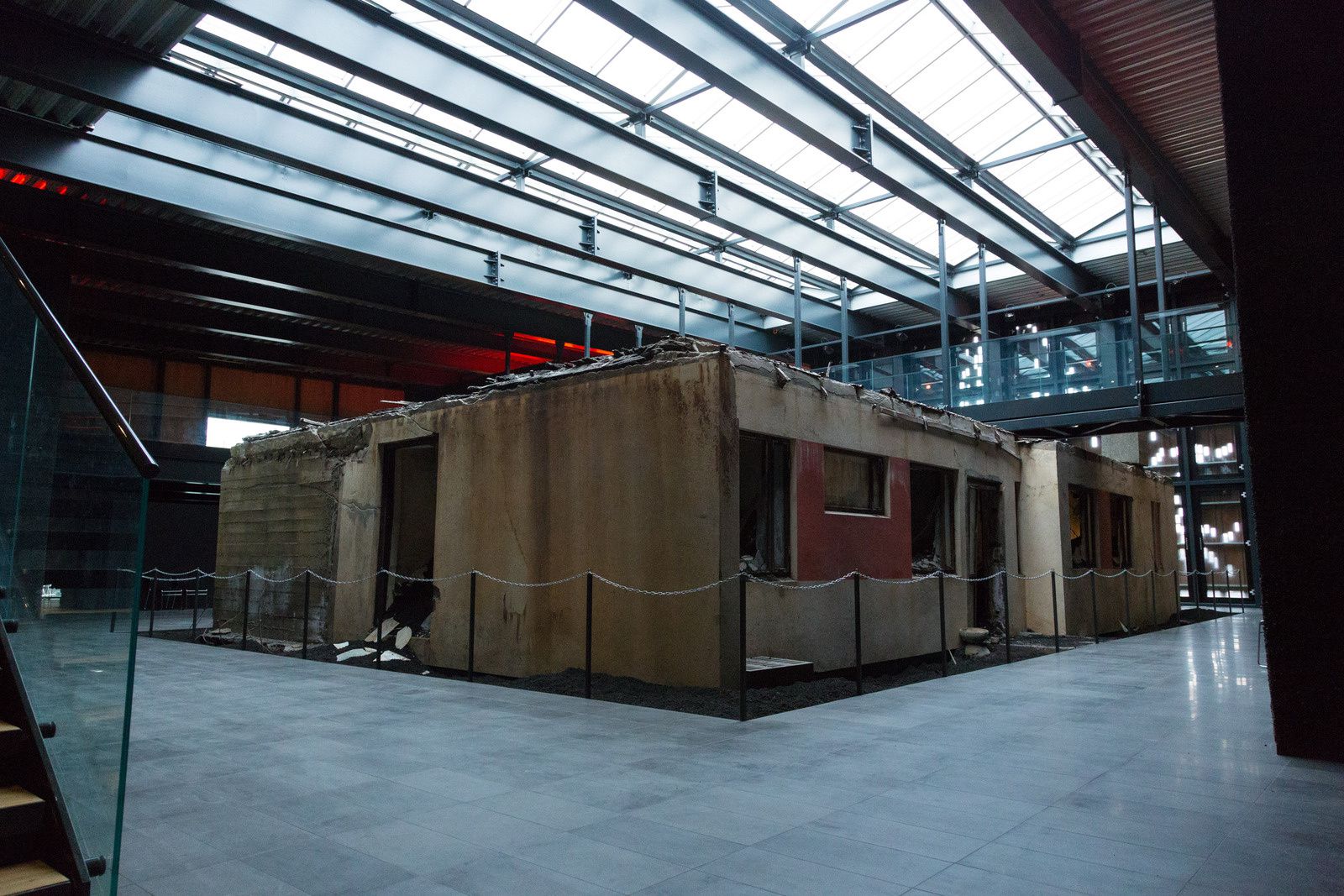 - Iceland Mag - The Westman Islands are the Pompeii of the North

- Guide to the volcanoes of Europe and the Canaries - by M.Krafft and F.D.de Larouzière - Ed. Delachaux and Niestlé