Eruptions of Klyuchevskoy, Mayon and Kadovar. A moderate activity continued in Klyuchevskoy, accompanied by a plume of gas and ash rising to 5,000 meters and then drifting eastward for 45 km on 18 January 2018 at around 5am.

The VAAC Tokyo forecast suggests an extension of the ash cloud, given the continuation of the activity. At Mayon, the effusion continues quietly, with a lava flow in the Miisi drainage, which reaches a length of about three kilometers, and rock falls in the Matanag and Buyuan darinages.

Two pyroclastic flows were observed in the last 24 hours. The summit dome spreads into the breach in the edge of the crater.

At the seismicity level, there was a volcanic earthquake and 48 rockfall events. 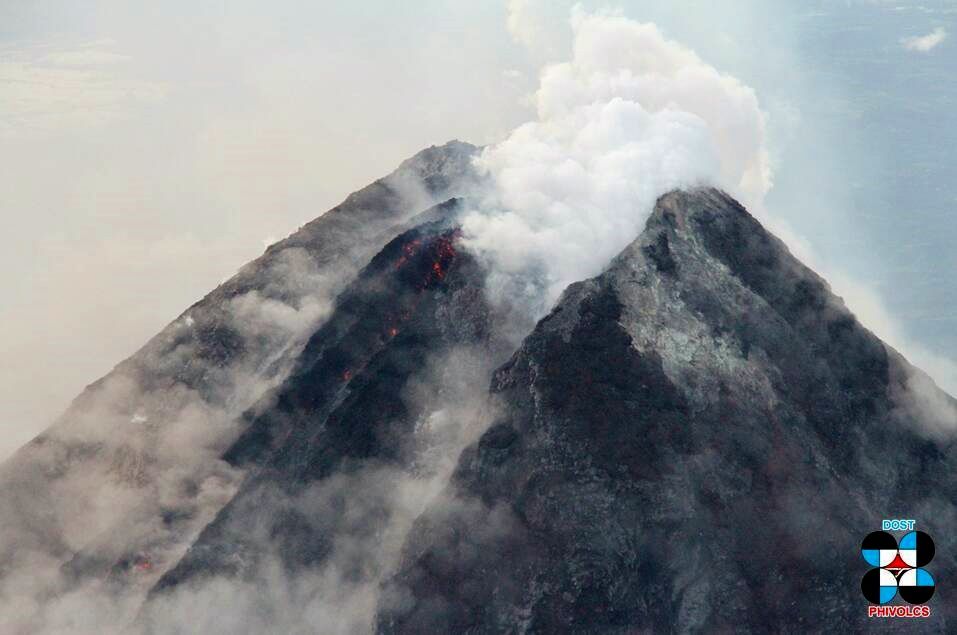 Mayon - the summit dome installed in the breach of the crater - photo Phivolcs during the inspection flyover of 17.01.2018

On Kadovar, the main crater produces a weak plume of gray ash 300 meters above it, interspersed with explosions and plumes rising 500 to 800 meters above the summit, driven to the Sepik river. The south and west vents also produce low emissions, often obscured by the ashes of the main crater.

A moderate plume of white vapor rises 800 meters above the southeasterly coastal vent, while it is marked by continuous but fluctuating nighttime glow.

The seismometer, now operational on Kadovar, recorded high frequency earthquakes at intervals of 2 seconds and a depth of 14-15 km., in relation to rock ruptures. 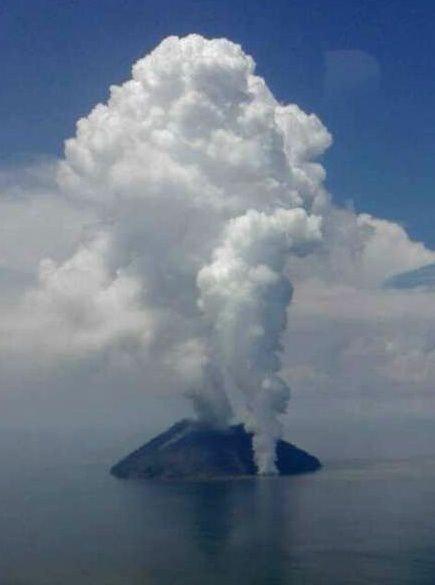