New research from the NOC / National Oceanography Center reveals a link between major volcanic eruptions and landslides, but also suggests that landslides could trigger eruptions.

Flank collapses and explosive volcanic eruptions are among the most important and destructive processes on earth. As evidence, the St.Helens eruption of May 1980 demonstrated how a relatively small flank collapse, of less than 5 km³, could precede a devastating eruption. These lateral collapses at the level of volcano-shields can produce much larger landslides, of the order of more than 300 km³, as is the case in Hawaii, in Cape Verde (Fogo), in Reunion (Piton of La Fournaise) and in the Canary Islands archipelago. By studying the fine clay layers between the landslide deposits and the eruptive deposits, they were able to estimate a minimum delay of about ten hours, to several weeks, between the initiating slip and the subsequent eruption. We are far from the "instant trigger" of St Helens. In the case of Tenerife, and its caldera Las Cañadas, the northern flank of the island is carved by the large landslides Icod (165,000 years), Orotava (535,000 years) and Roques de Garcia (1.15 Ma), corresponding to the age forming eruptions of caldeiras Abrigo, Granadilla and Ucanca.

The turbidites (*) were deposited under dilute turbulent sediment flows, formed as the mass descended under gravity and was disintegrated. The landslide deposits of the Canary Islands in adjacent deep basins, such as the Icod, Oratava and Roques de Garcia landslides, are unusual as they include a series of sand and mud intervals of stacked turbidite.

(*): Turbidity refers to both a structured geological unit composed of sedimentary rocks emplaced as a result of a sediment flow along an underwater or sub-lacustrine slope, and the rocks that make up this unit. The study suggests that this delay could be due to the fact that the Teide's superficial magma chamber does not contain enough "volatiles" to immediately create explosive eruptions. The removal of volcanic material by the landslide could cause the magma to rise from a deep magma chamber richer in volatiles, and the mixture with the more superficial magma, to generate eruptions displaced in time, and to leave a structure of large caldera type.

This delay between slip and static decompression has implications for the response of magmatic systems to its lack of coverage, and is an implication for the planning of civil protection systems in oceanic islands. 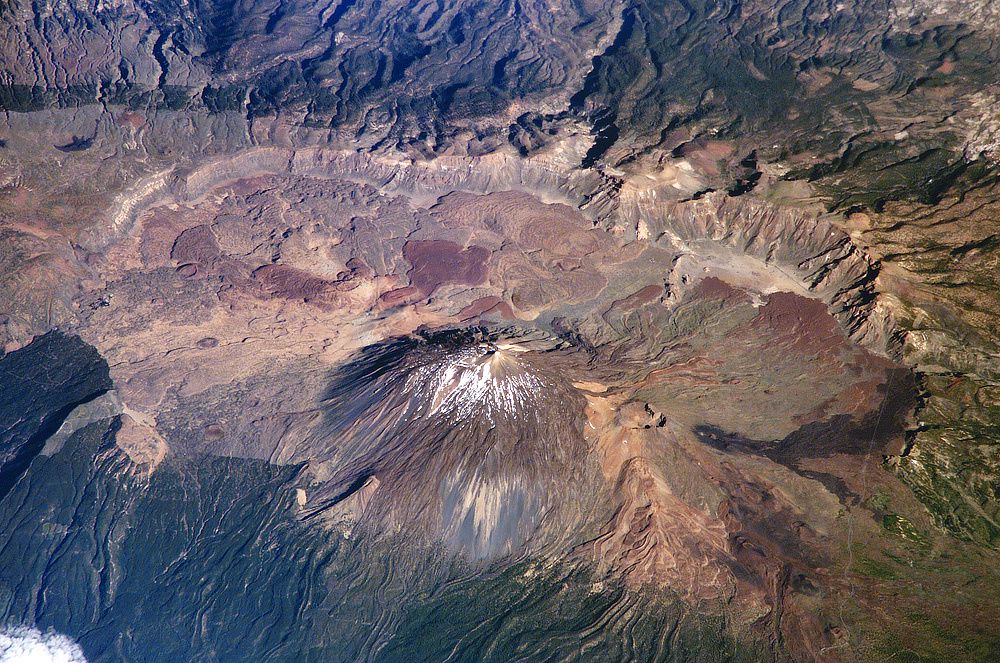