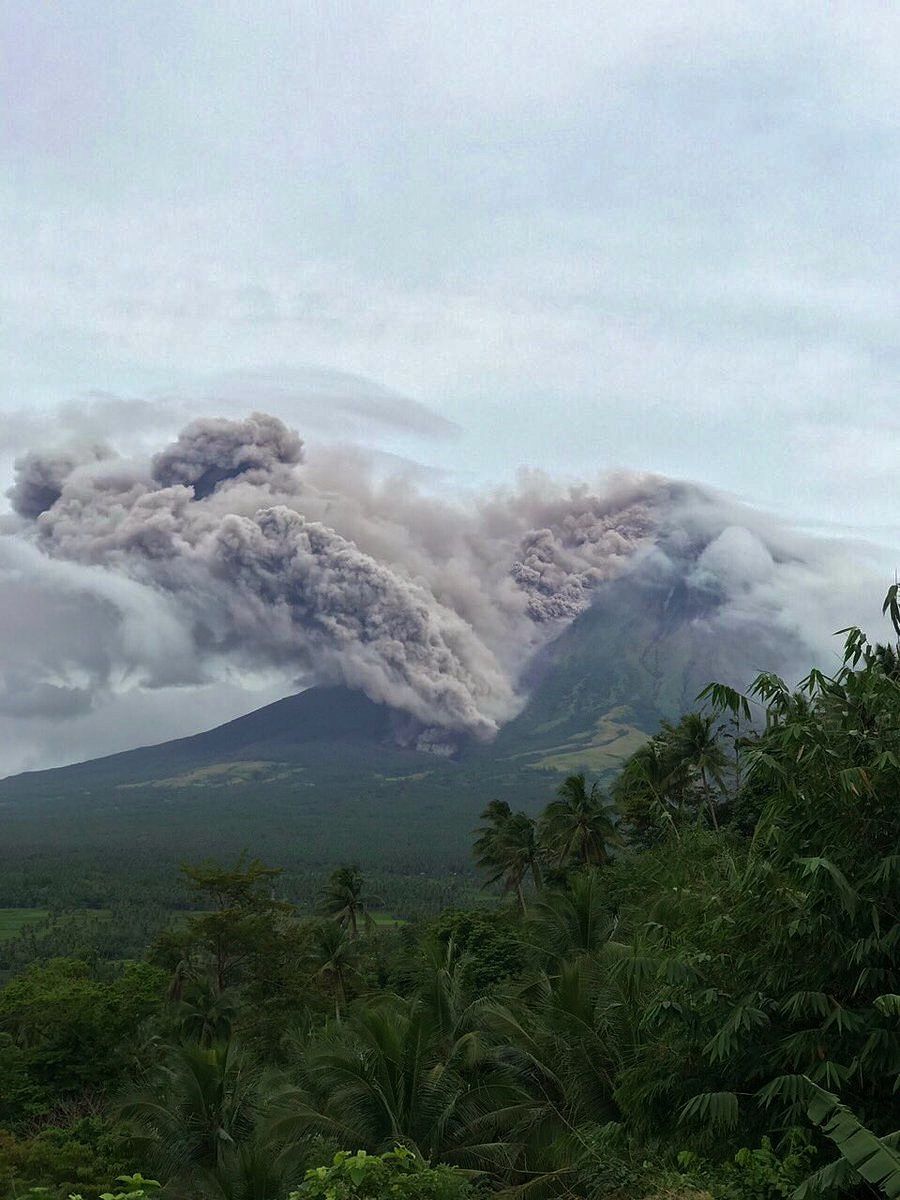 The eruptive activity of the Mayon was characterized, during the last 24 hours, by a quiet effusion at the dome, generating a lava flow of three km. in Miisi drainage, and fourteen collapses of blocks.

Ten pyroclastic flows were recorded by the seismic network.

During the night, incandescence is observed in the crater, as well as falling incandescent blocks in the Miisi drainage.

The volcano remains inflated by a magma intrusion since November 2017. Sernageomin has published a risk map for the Nevados de Chillan complex, with the restriction zone (in blue) remaining at 4 km. The alert level remains in Amarilla.

On the basis of the last overflights of 9 and 12 January, and satellite images, Sernageomin determined that the beginning of the extrusion of the dome dates back to December 20 of last year, and a dome growth rate of 1.360 m³ / day, which seems weak. The estimated total volume is about 37,000 m³. The dome remains inside the active crater, without exceeding the level of the edges. The activity of the Pacaya is maintained, characterized by weak Strombolian explosions, which constantly build and destroy the cone of slag established in the crater Mackenney.

Since 3 am on January 20, the observatory of Pacaya reports a lava flow that descends from the crater over 400 meters on the west flank, in the collapse zone.

The activity remains in the norms. In Poas, where the recorded seismic activity has remained low for a few days and where only degassing is observed, without ash emissions, a new acidic lake has appeared. Fueled by the constant rains for weeks and the closure of the drainages, the waters of the acidic lake now cover all smokers ... which will reduce air pollution. The water temperature should be around 60 ° C.