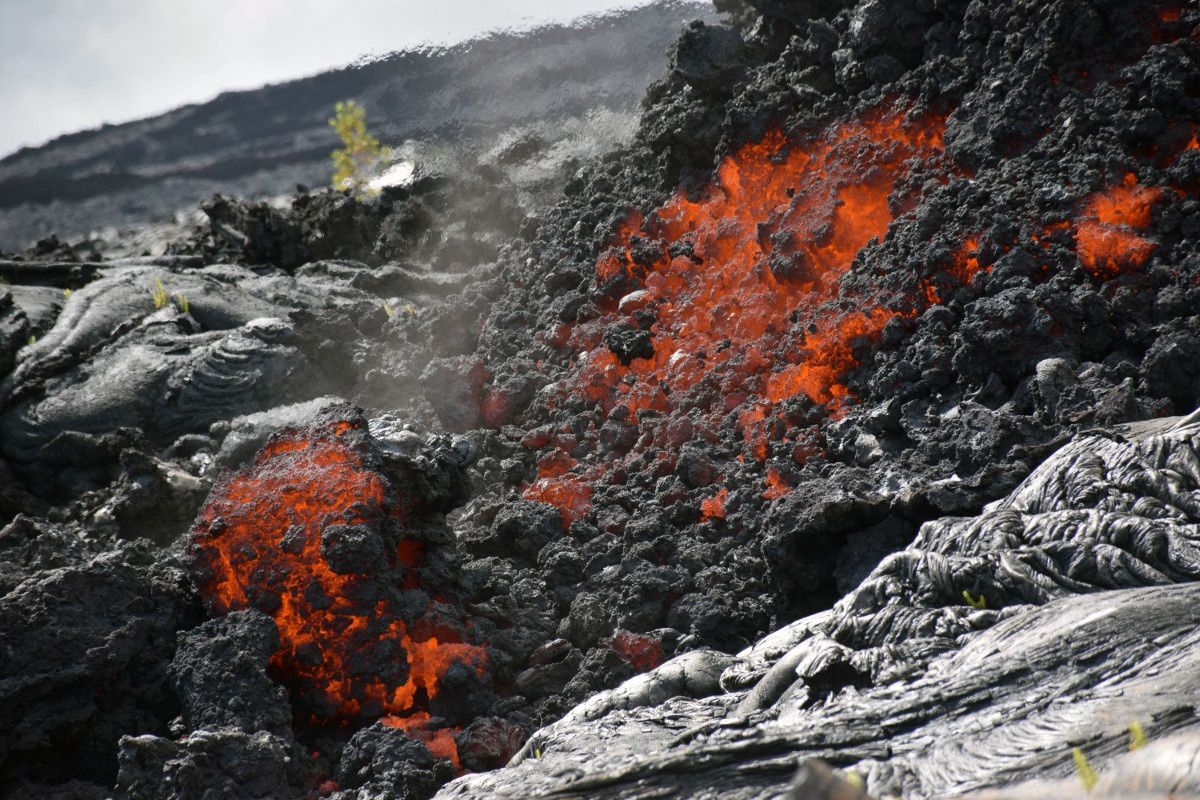 In Kilauea, the collapse of much of the wall surrounding the Pu'u O'o lava lake was overshadowed by the plethora of lava flows that spread to the upper portion of the lava field and on the Pali Pulama in recent days.

On February 20, numerous breakouts are reported to the east, as well as a strong effusion on 800 meters sector west ... which could revive the entries in the ocean if it continued.

On February 23, a flow came into the park boundaries, in two main arms, tending to merge. Instability marks the Cleveland in the Aleutian arc. The seismic and infrasonic surveillance networks detected a small explosion on February 22 at 6:54 UTC.

No cloud of ash was spotted, but the satellites show seven hours after the explosion, a temperature zone a little higher at 2 km at the SEE of the summit.

The aviation code is yellow, a future explosive activity is likely to occur without warning 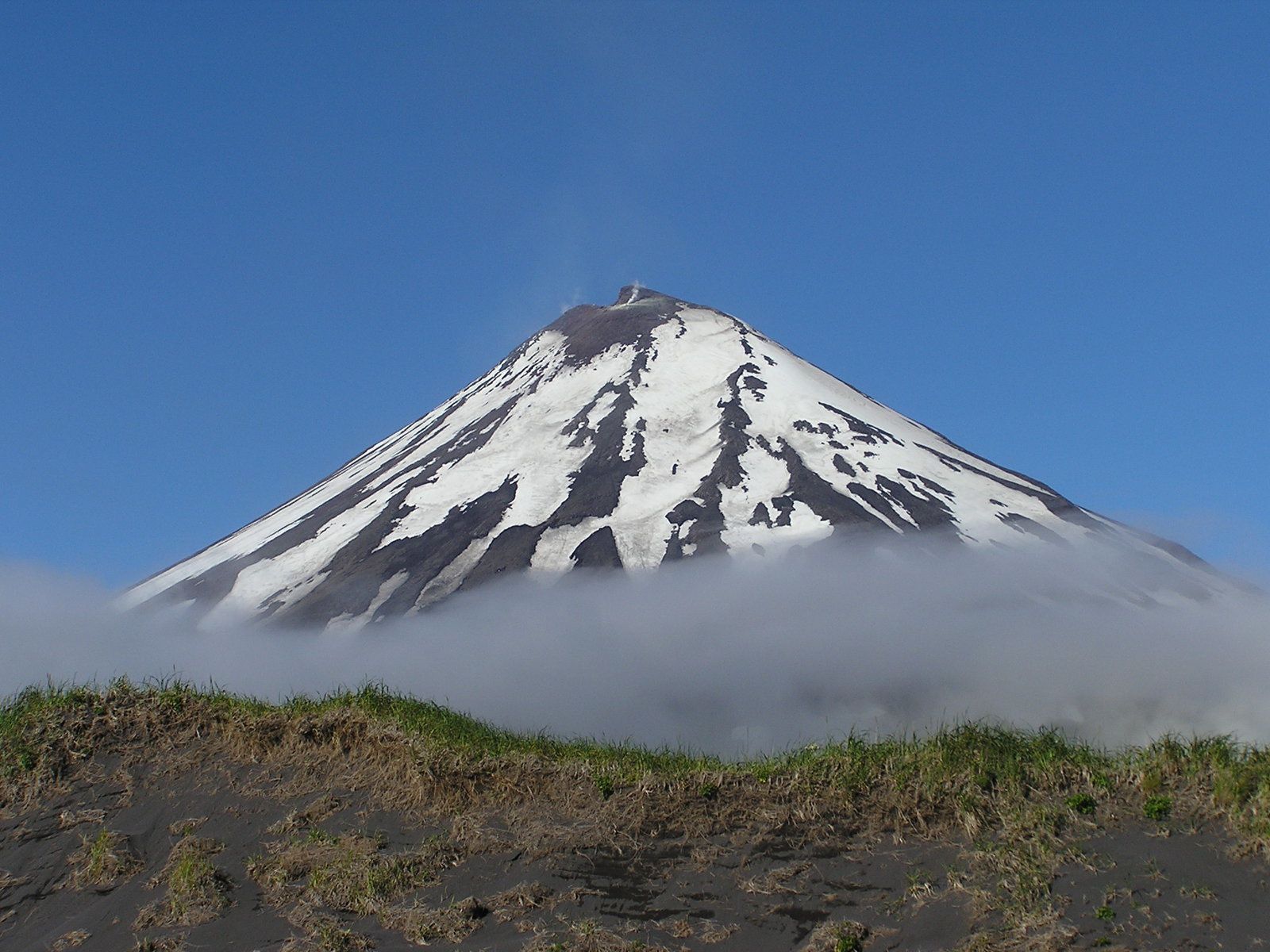 A phreatic eruption is reported at Rincon de La Vieja, this February 23 at 16:45 local; lasting 5 minutes, the height of an associated plume is unknown due to poor visibility conditions. On February 23, a small white plume of steam and gas was observed between 500 and 800 meters above the summit of Agung. 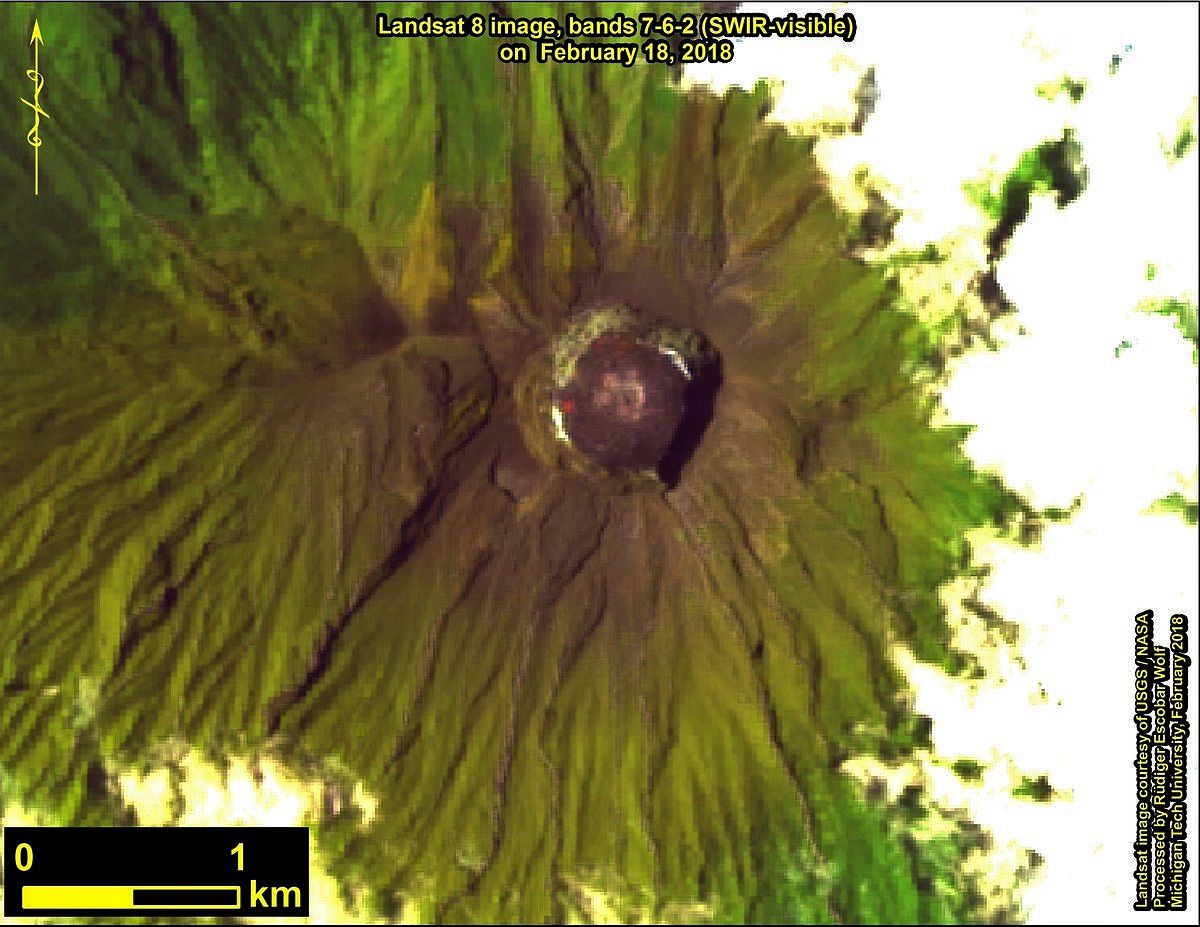 Just for its intrinsic beauty and accuracy, a Mayon's Deimos2 satellite image.