According to the Rabaul Volcano Observatory, the Kadovar eruption continues at a low level with slight vapors at the top and a "soft, non-explosive lava emission ... The lava continues to come out of the same crack and it is possible that it has spread lower than the original, nocturnal glow is visible ... the temperature must be around 600°C. "

"It's not super hot ... it's actually quite viscous and thick, it comes out like a big lava flow in blocks, we can see it at about fifteen kilometers, it's (the dome) a little bit black and smoking in the sea, and there is a gap between the dome and the island, then estimated at about fifty meters. " ... to be specified!

On Ambae, the activity continues, marked by explosions and an emission of gas and steam. The volcano of Lake Voui remains on alert level 2, at a level of major instability.

On the photo released this February 13 by Sentinel 2, we can see a large area covered by ashes. According to the direct observation by volcanologists from Severo-Kurilsk, the Ebeko was the site of an explosion accompanied by an ash plume of 2,200 meters asl., drifting 5 km to the north.

The activity continues with a moderate emission of steam and gas.

Local low-level flights may be affected by ashes, and the aviation code remains orange. The eruptions of a mud volcano in Devil's Wood Yard in New Grant, south of the island of Trinidad and Tobago, in the Caribbean caused the evacuation of forty people, three houses and the appearance of cracks in the area (visible in the second part of the video).

According to the ODPM, at least two eruptions occurred on February 13, the first at 4:20, the second at 8:52 local, in an area between the forest and a roadside cleaning station. The Minister of Agriculture reports that there is still seismic activity on the site. 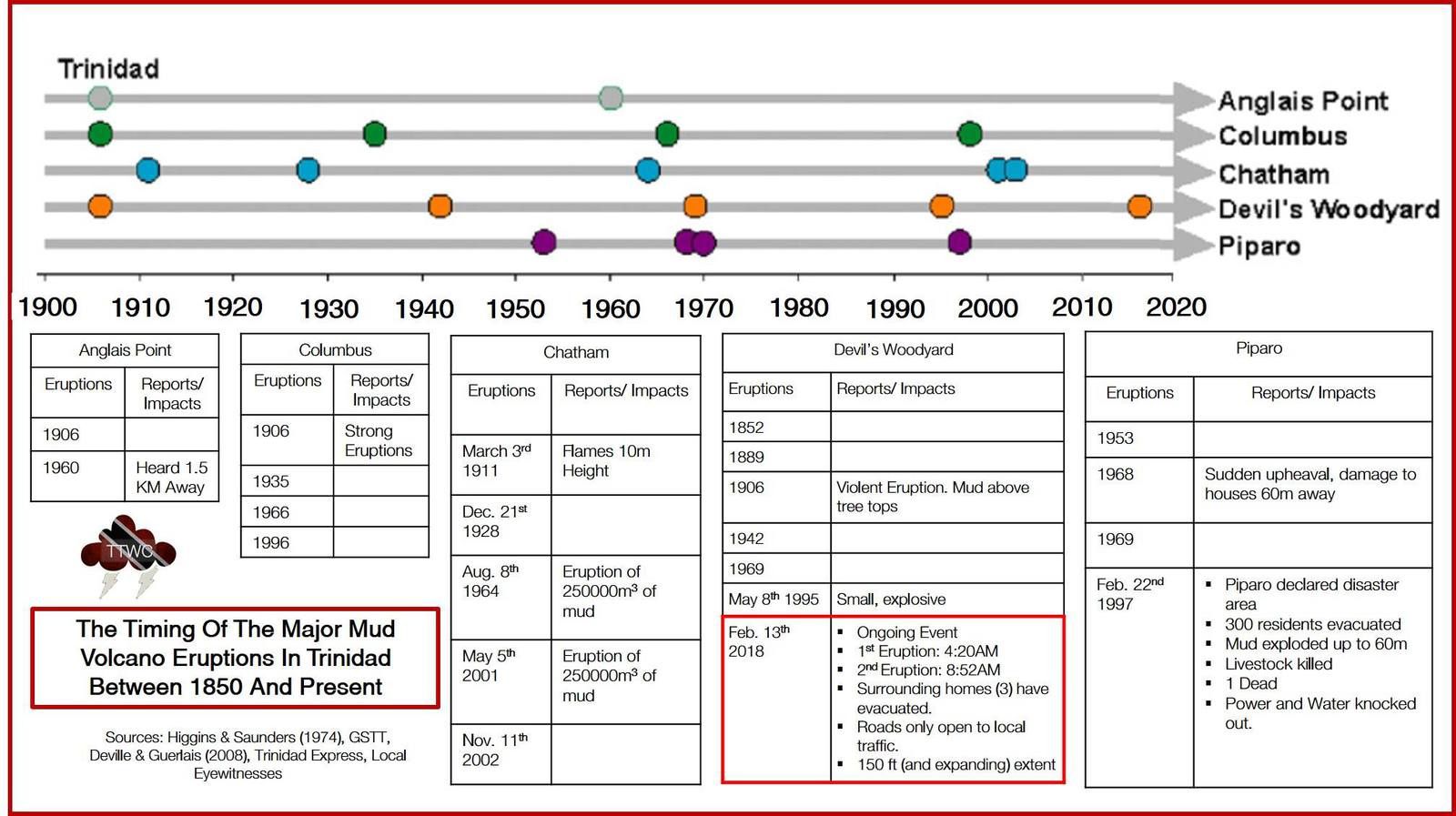 Time scale of the main mud eruptions on Trinidad between 1850 and today - Doc.Trinidad and Tobago Weather Center. A study from the University of West Indies studied 11 mud volcanoes in southern Trinidad: all emitted methane gas (3% by volume); the average pH of the mud was 7.98 and its variable water content on average 34.5%. Chromium and strontium complement the two main elements, oxygen and silica (the latter at a rate of 22%, comprable at values ​​recorded on Mars).

The analysis of the Devil's Wood Yard site reveals the possible presence of methanogenic micro-organisms, and could be used in the study of similar geological structures on the planet Mars. 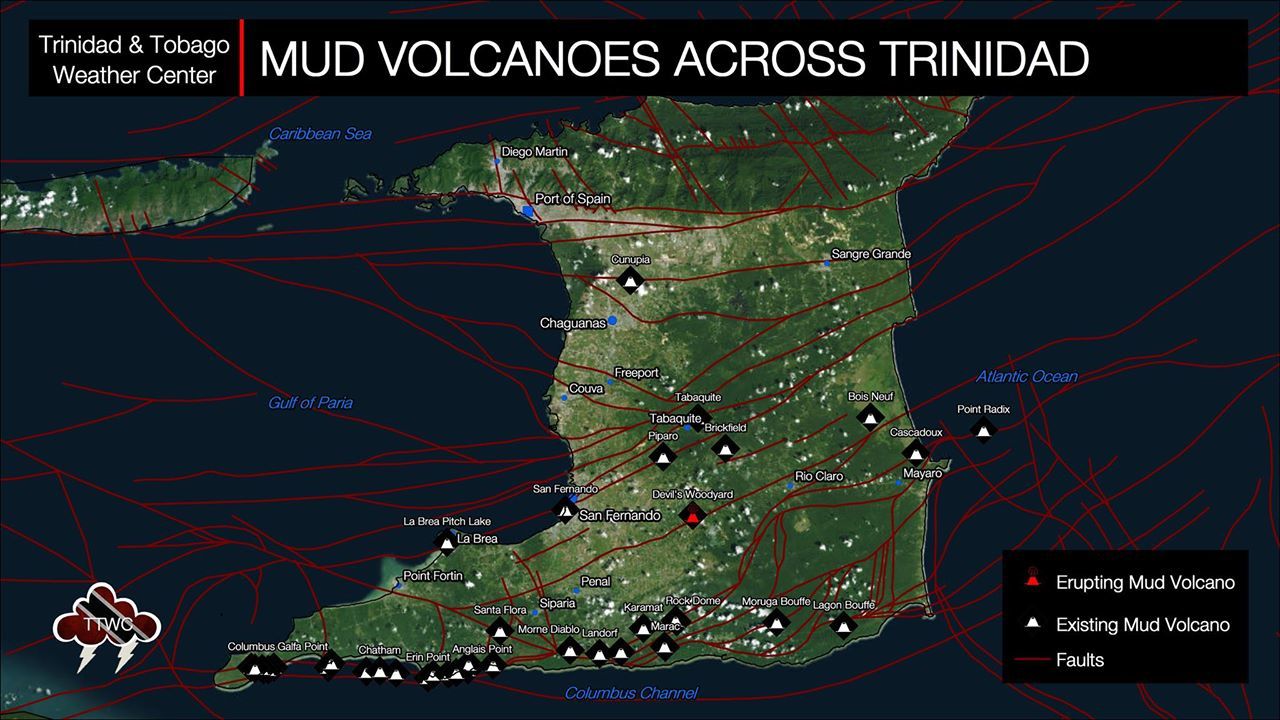