The lava flow continues to grow; a distinct lobe has traveled 20-30 m. from the nose of the flow towards the open sea, seeming channeled between "levées" developed on its sides.

At 18:30 LT, on February 1, a collapse of the side of the flow, facing the island of Blup Blup, generated a plume of gray ash; the vigorous degassing then continued, shining brightly enough during the night.

The main body of the flow swelled upwards, with a distinct valley now visible between the bulge and the flank of the island.

The lava dome continues to grow on the southeast coast

At the seismicity level, high frequency episodes are recorded, mixed with the signals of strong winds and waves.

A detailed map of the new topography would be welcome. 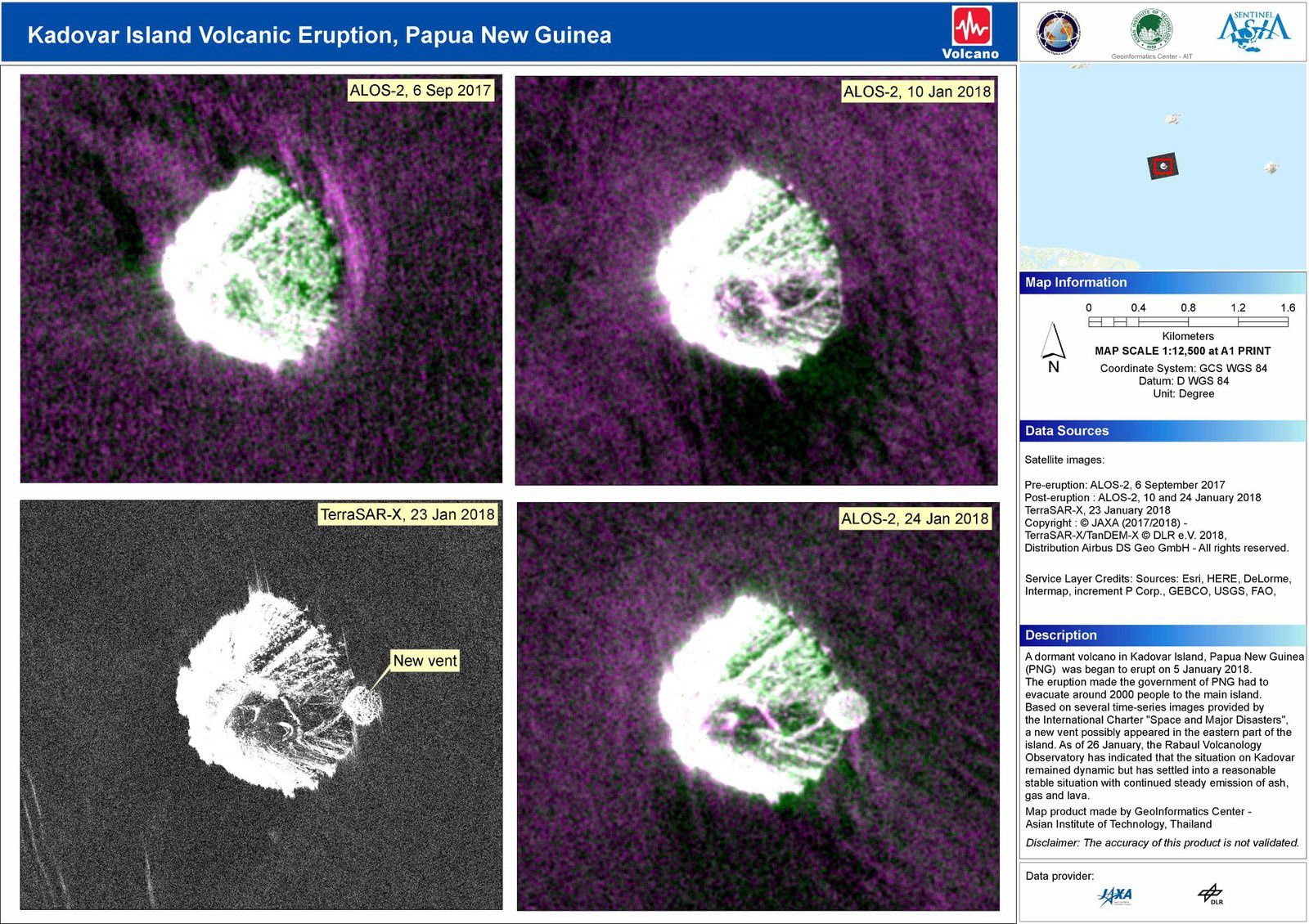 After the change of type of activity, which became vulcanienne yesterday January 1, the first major eruptive episode of 2018 Fuego ended after about twenty hours.

During this paroxysm, four lava flows were emitted, as well as a series of pyroclastic flows in the Seca, Trinidad, Las Lajas and Honda barrancas.

Fuego had not experienced such intense activity since 1974. 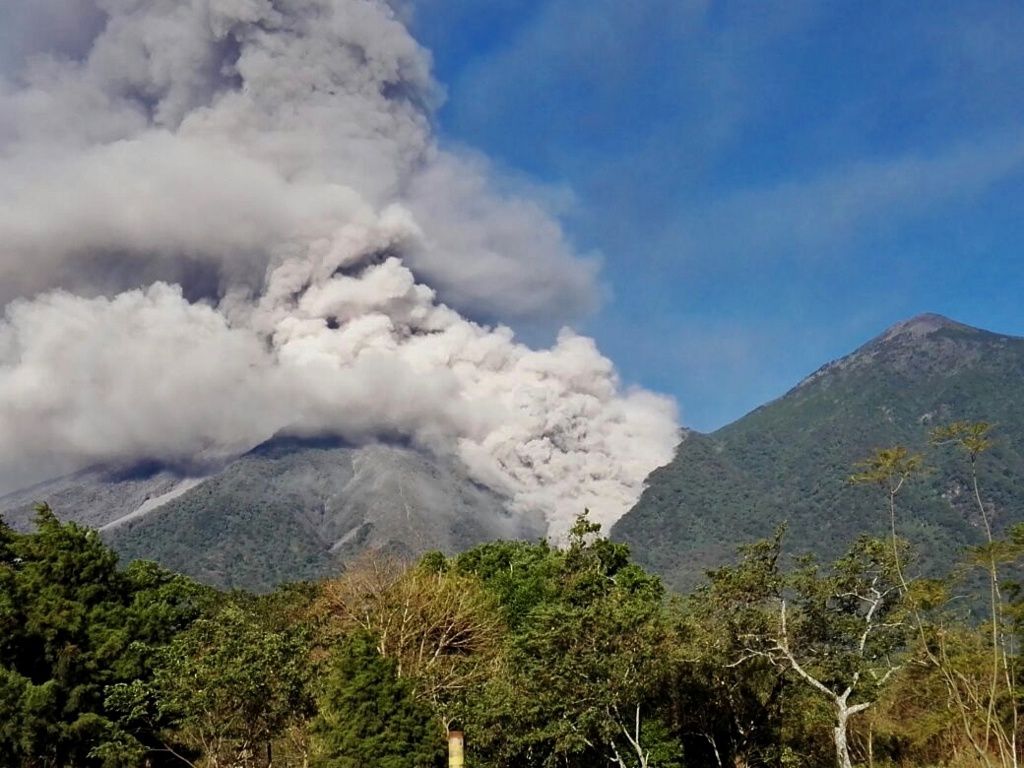 Only a few benign explosions persist, accompanied by ash plumes at 4,700 m.asl., moving for 15 km. The lava fountains are no longer observed.

The liberated energy graph RSAM has returned to normal.

The Conred reports that the departments of Chimaltenango, Escuinta, Suchitepéquez and Sacatepéquaz, about 48,000 people, have been affected; 19 incidents are reported, as well as the evacuation of 2880 people. 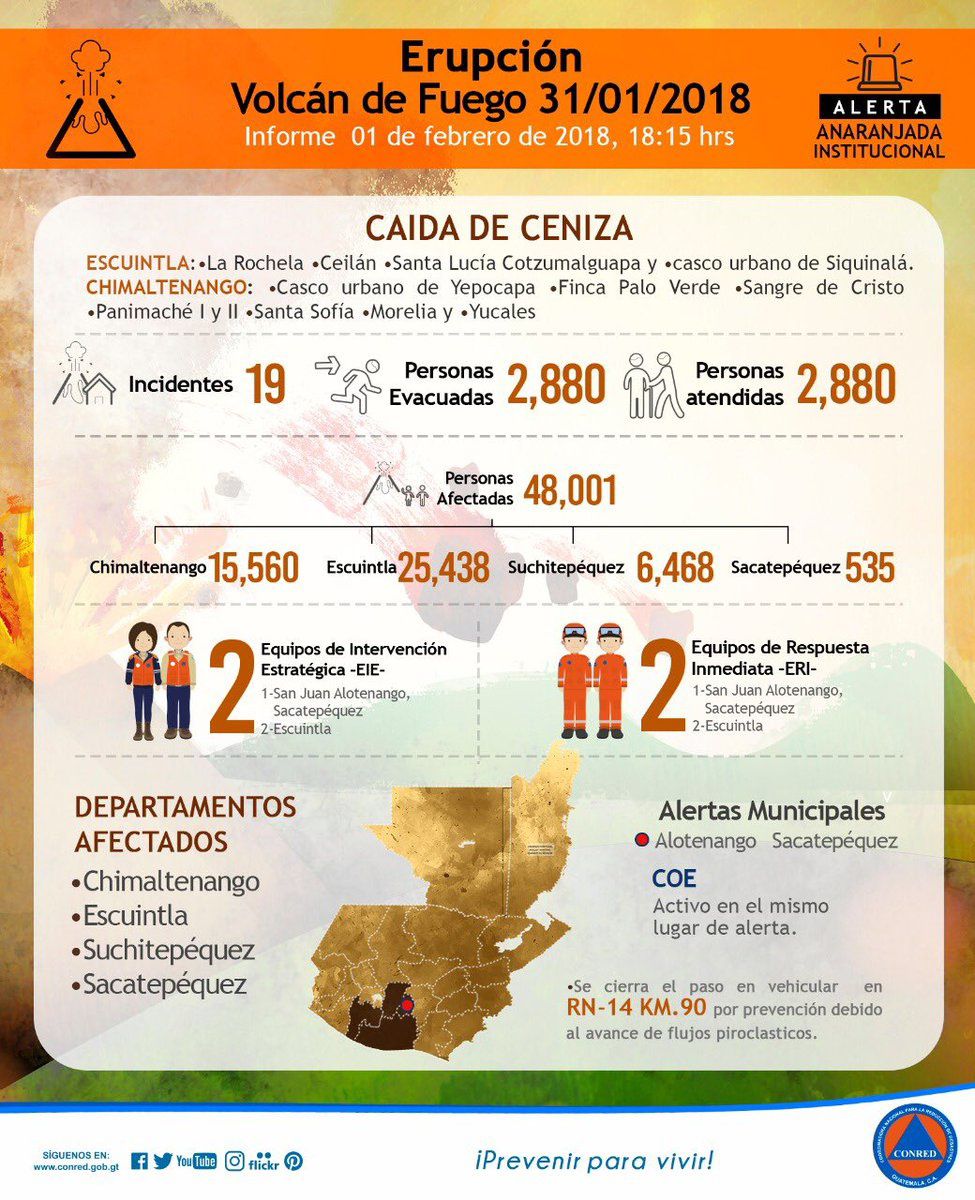 At Mayon, a quiet effusion of lava and degassing are observed at the summit crater; lava feeds the flows in the Miisi and Bonga-Buyuan drainages, which advanced respectively 3.2 and 4 km. from the top.

The observatory reports that the land covered by the flows will not be usable for a long time, because the lava is solodified into a hard rock ... the cone of the Mayon could become an uninhabitable area. 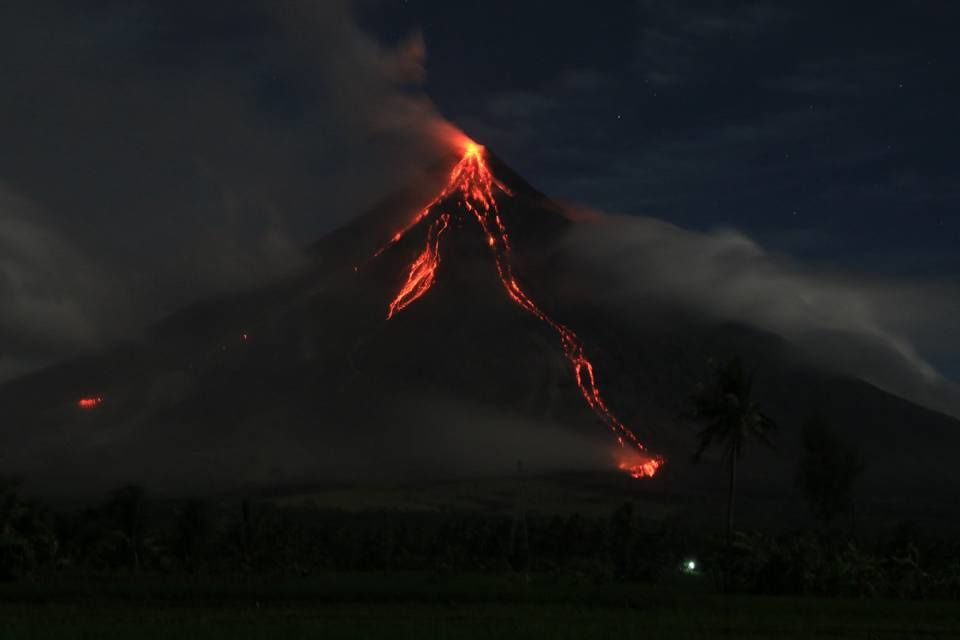 Throughout the month of January 2018, far-field GPS stations (at the base of the terminal cone and out of the Enclosure) continued to record a slow, continuous inflation, witnessing the pressurization of a deep source. Piton de La Fournaise - Illustration of the summit deformation over 2 months. Here is shown a baseline (variation of distance between two GPS receivers) crossing the crater Dolomieu. A rise is synonymous with elongation and therefore swelling of the volcano; conversely, a decrease is synonymous with contraction and therefore deflation of the volcano. Any periods colored in light pink correspond to eruptions.

At the level of the gases:
- Top emissions from the Piton de la Fournaise: persistence of low concentrations of H2S and sometimes SO2 in the air at the top of the volcano.

- CO2 concentrations in the soil at the level of the volcano deposit: intermediate concentrations. As with the deformations, the CO2 measurements were affected by the poor weather conditions of the first half of the month. The next steps will therefore be to follow.

Balance sheet:
All these observations show for the month of January :

- a deep re-feeding in magma (below sea level) which is maintained;

- a pressurization of the superficial magmatic reservoir which remains weak;

- a significant hydrothermal activity in the first half of the month in connection with heavy rainfall.