The Sernageomin raised the technical alert level of the Copahue from green to yellow, on March 24, 2018, following the explosion of hydrothermal character of March 24 at 14:42 local, accompanied by a plume rising to 1,000 meters above the crater , and bottom tremor level above normal. 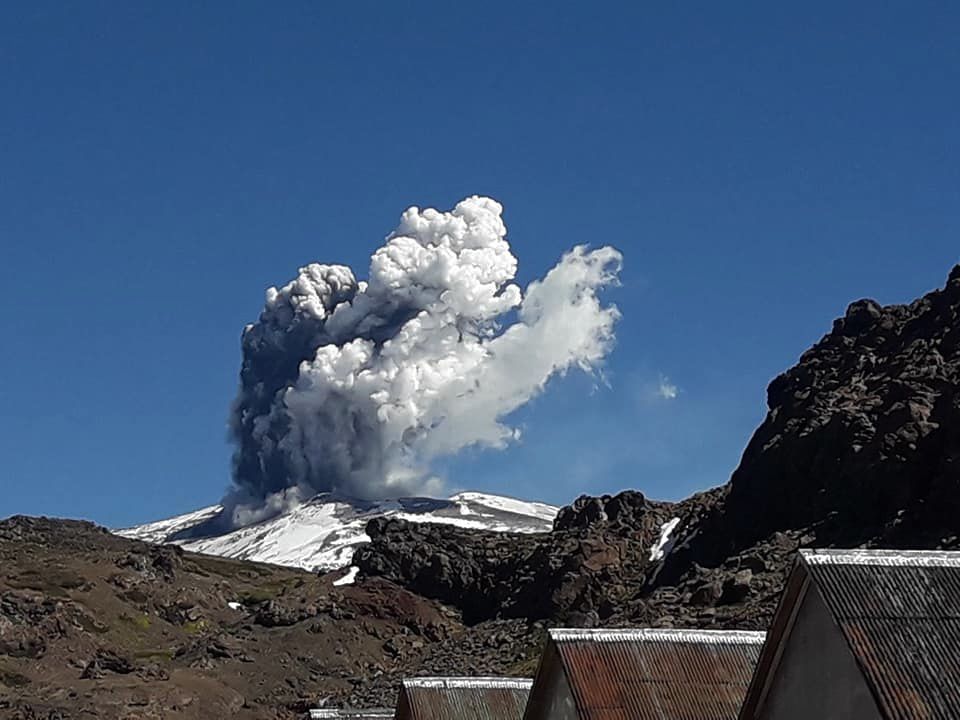 In Chaparrastique / San Miguel, El Salvador, the SNET reports a weak and continuous degassing at the central crater scattered on the south-west flank. Seismicity is related to the movement of internal fluids.

During the last 24 hours, the number of earthquakes has varied between 51 and 127 RSAM units, for a normality threshold set at 150 units. Carbon dioxide and water vapor do not come from a magmatic source, nor are there any changes or correlations with magmatic sulfur dioxide.

MARN continues to monitor the volcano and recommends keeping away of the top of the volcano, due to possible and sudden changes in behavior

At the Shinmoedake, explosions were recorded this March 25 at 7:35 and 8:45, accompanied by plumes of gas and ash at 3,200 meters in height. These are the first since March 15th.

Tornadoes of dust have been observed, remobilising the ashes deposited on overheated soil. Shinmoedake - degassing of the dome and "Ash twisters" - NHK photo

More than 80,000 residents around the Mayon, in the cities of Daraga, Tabaco, Camalig, Guinobatan, Malilipot, Sto. Domingo, Ligao and Bacacay should be evacuated due to the threat of lahar, according to Bicol's civil defense.