Activity of Turrialba, Stromboli and Shinmoedake A new eruptive phase marks the Turrialba since March 6 at 22:40; a slight ash emission was followed by strombolian explosions from midnight. Emissions of ashes and expulsions of glowing blocks continued until 3 am on March 7, accompanied by volcanic tremor, and reaching 1,000 meters above the crater. 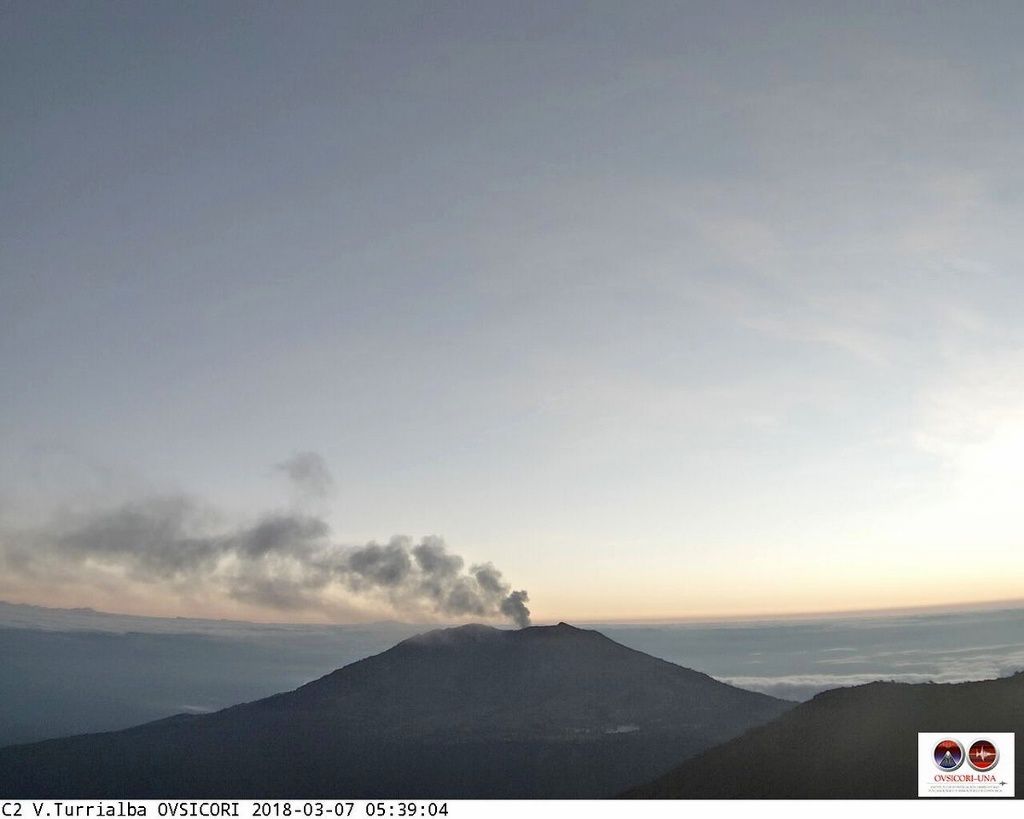 From 17:40, activity resumed more energetically, with ash emissions in quantity between 18:01 and 18:20. Emissions of ashes then became passive, and ashes dispersed to the west. She was relayed by various photos of a plume of gray ash, rising straight. At Shinmoedake, various satellite images complement each other to show the evolution of the plume emitted by the volcano.

Aqua Modis, a satellite of NASA, shows the trace of the plume evolving towards the south, then towards the east, under the influence of the winds.

This change in the direction of the winds is confirmed by the satellites measuring the sulfur dioxide streams, Nasa NPP Suomi and Nasa Aura OMI: SO2 emissions have taken a southern route before covering almost the entire Kyushu. Shinmoedake, a vent within a cluster of volcanoes on Mount Kirishima on the Japanese island of Kyushu, erupted on March 6, 2018. The Moderate Resolution Imaging Spectroradiometer (MODIS) on NASA’s Aqua satellite captured this false-colorimage of winds blowing ash south and east from Shinmoedake the same day 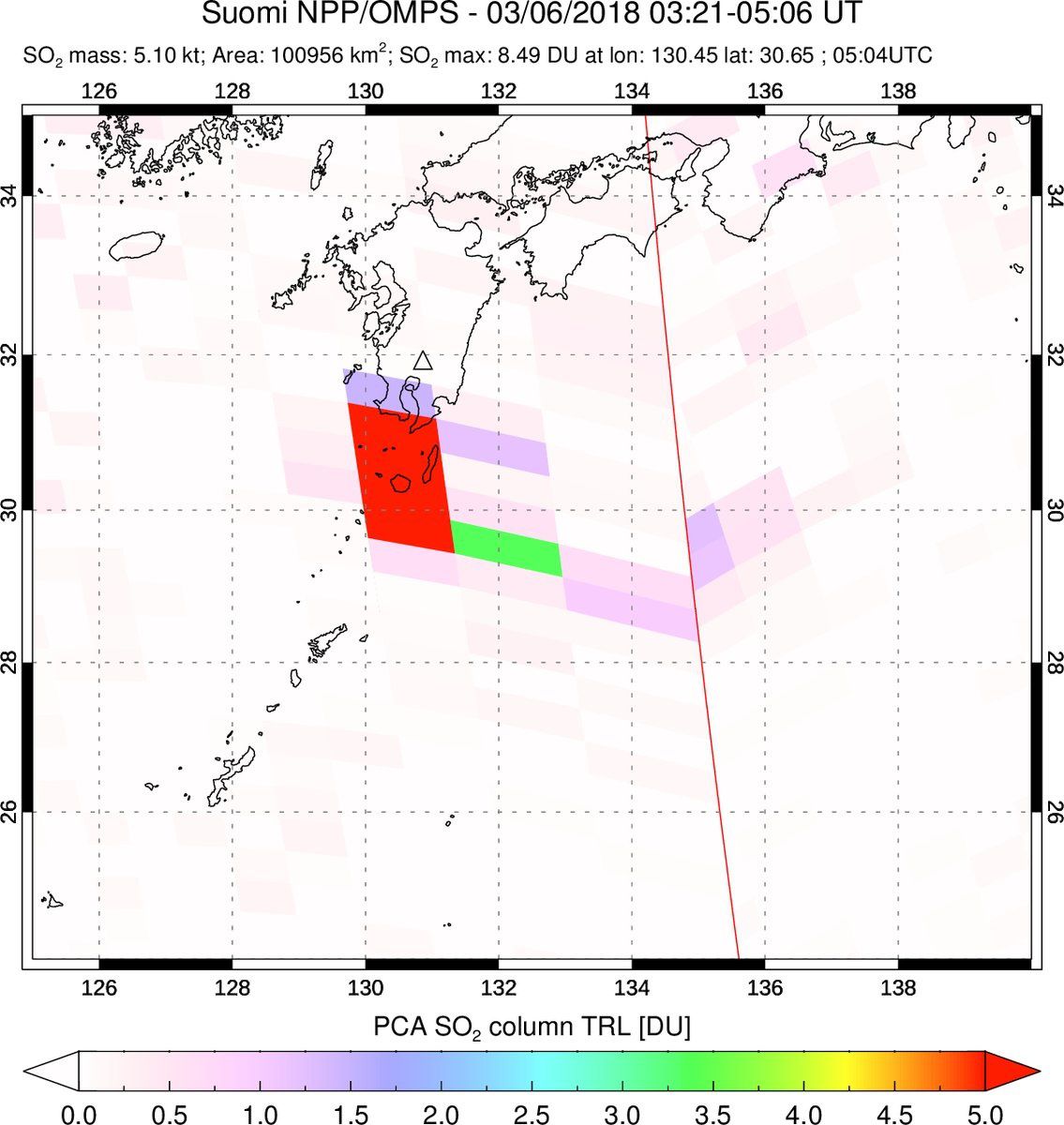