News from Villarica, Ambae and Shinmoedake.

POVI reports the state of Villarica during the first half of March 2018.

The lava is maintained at a depth of 110 meters in a chimney of 40 meters in diameter and forms a central area of ​​13 meters by 7, on satellite images between March 7 and March 10.

On March 13, a sporadic glow is observed by telephoto from Pucón, 16 km away. Such incandescence was observed on 25-26 February and 5-6 March, although less intense. Despite a lack of report from the Vanuatu Geohazards Observatory on the Ambae / Lac Voui volcano (for lack of significant changes) since late January, photos of Internet users and those taken by satellite show a color change of the waters of the lake.

These color changes were observed during an eruption in 2005-2006, during which the lake's waters became red. The explanation given at the time by Professor A. Bernard / ULB was a rapid change in the redox state, which may be related to a change in the SO2 / H2S ratio of the hydrothermal fluids.

VGO reports a stable eruption, a steady state of major unstable volcanic activity similar to that of Yasur, and a warning level of 2. 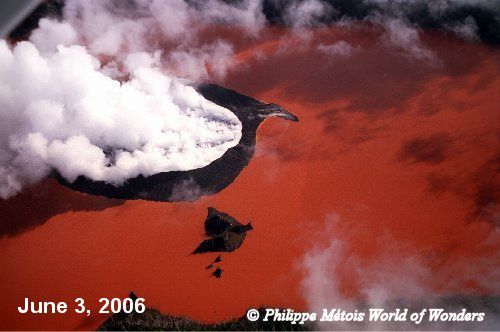 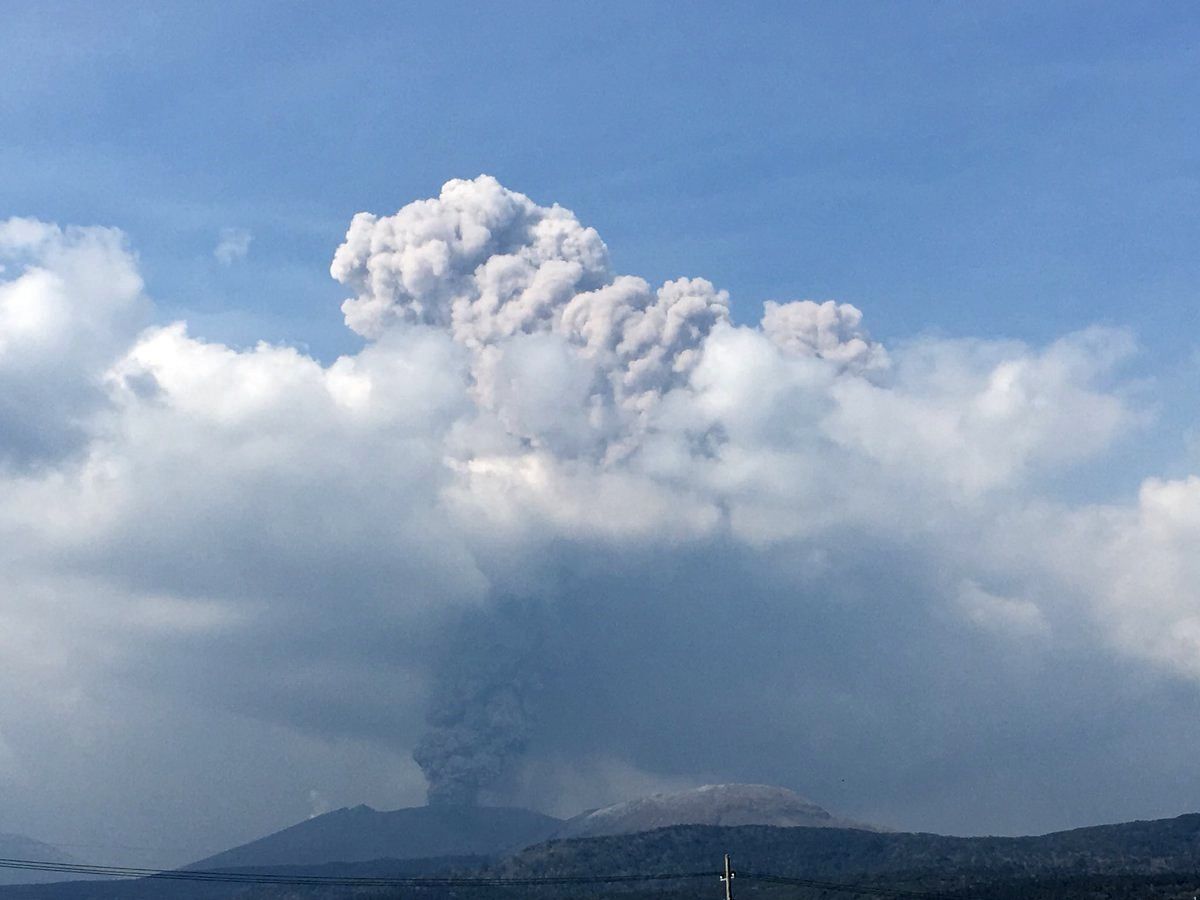 The explosions continue at Shinmoedake, and could continue for several months according to experts.

An overflight on March 9 showed white plumes around the lava rim in the crater, and from lava flows from the south flank, and the new flow on northwestern flank, the latter having increased by 226 meters on March 13th.

At the seismicity level, a large number of volcanic earthquakes continue to be recorded, as well as low frequency earthquakes and superficial hypocenters; Volcanic tremor was recorded continuously from March 1st to March 8th at 3:36 pm; then it became intermittent and of low amplitude. Shinmoedake - thermal anomalies identified by Mirova on March 12 and 13, 2018