The KVERT reports explosions at Ebeko, accompanied by a plume of ash rising to 2,000 meters asl., then drifting for 5 km to the NNE., this 27 March at 21:43 Z. This activity was followed by emission of moderate gas and steam 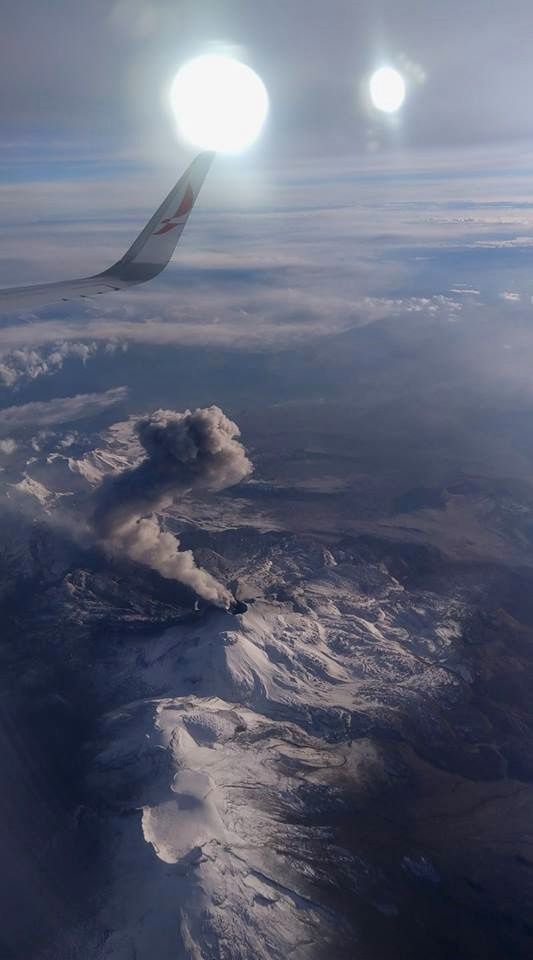 In Peru, the Sabancaya was the site of an explosion on March 27 at 8:53, accompanied by a plume of ash reaching 3,500 meters above the crater. The ashes dispersed to the northwest for a distance of 30 km and affected Huambo, Cabanaconde, Pinchollo, Maca and Tapay. The JMA made a Shinmoedake observation flyover, in cooperation with Miyazaki Prefecture on March 26:

A new vent was observed west of the crater, the probable site of the March 25 eruption (green line); traces of pyroclastic flows (yellow line) and overflow of the lava cake over 200 meters wide north-west side of the mouth have been mapped (red line). At Pu'u O'o ', significant inflation has been recorded by tiltmeters since March 12, and the GPS network is recording an extension through the cone.

On March 25, between 22:06 and 22:08, a small lava flow began to spread on the floor of the crater, from one of the incandescent sources observed for some time. On March 26, it appears on the images of the thermal camera that the casting is fed by one of the small spatter conesau south of the crater.

The activity of casting 61 g decreased on the costal plains and near the base of the pali, with little activity on the surface. It continues against the upper portion of the lava field. 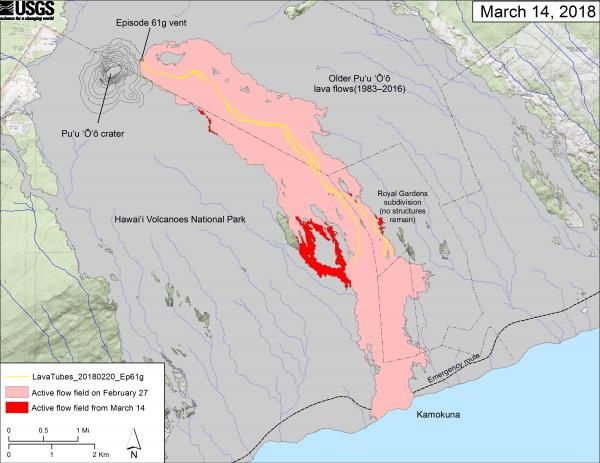