The gates of hell : sacrificial chambers and volcanic gases.

To cross the gates of hell and to survive there ... the Romans thought it possible and organized elaborate sacrifices in various places of the Mediterranean where the entrances of the underworld were scattered, as in Delphi, in Greece, and Didyme, in Asia Minor. 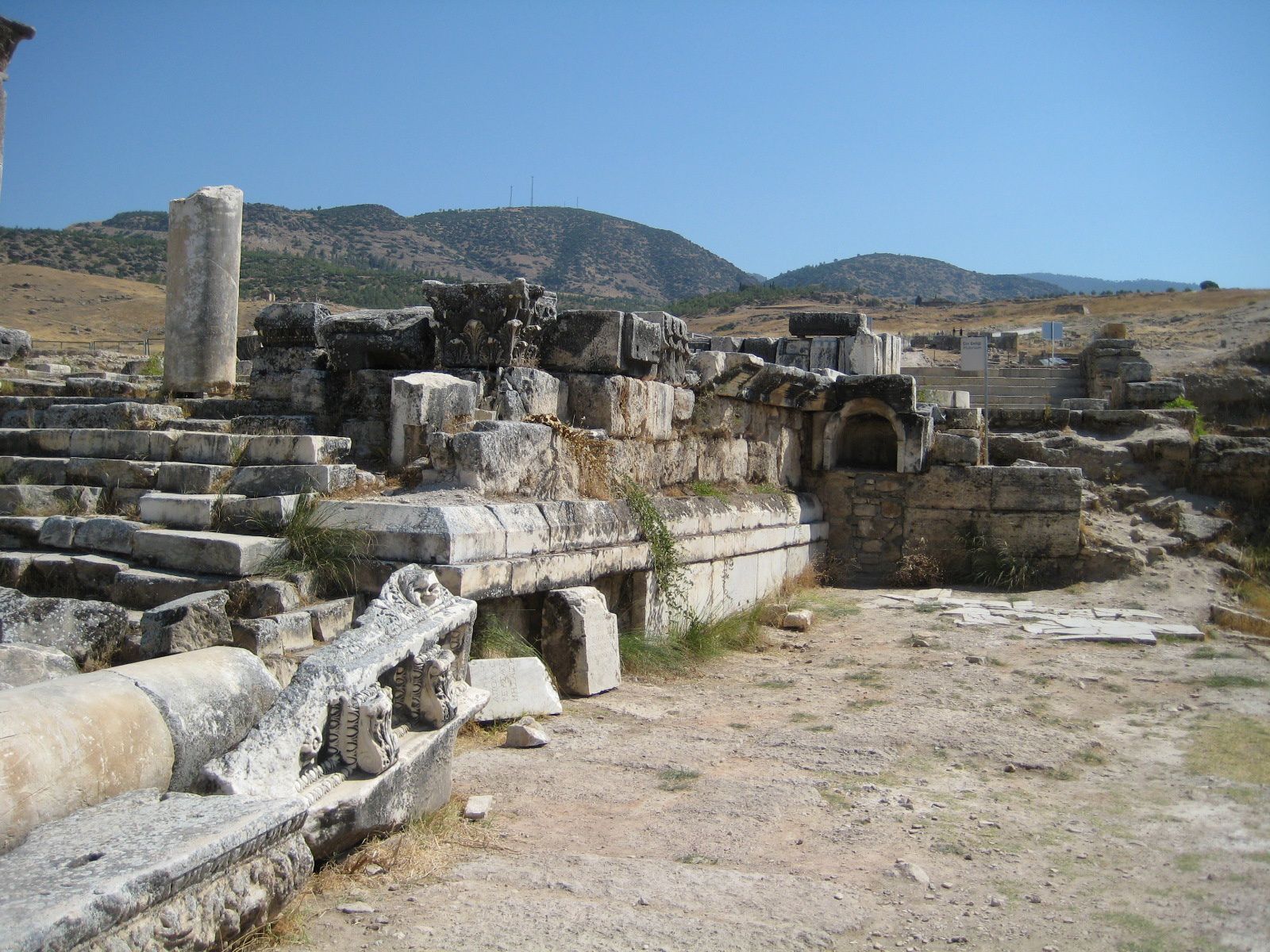 Rediscovered only 7 years ago, the hell gate of the ancient city of Hierapolis, located in Anatolia (present-day Turkey), near Pamukkale.

Founded around 190 BC by Eumenes II, King of Pergamum, the city houses a rectangular open arena, surmounted by a temple and surrounded by stone seats.

A gate, called Plutonium, or sanctuary of Pluto, god of the underworld, is built in a wall of this arena.

This sanctuary enjoyed a great notoriety, according to the writings of Latin authors, Strabo and Pliny the Elder. According to their description, it is a cave of small dimensions, releasing suffocating gases evaporating from streams of hot water, supposed to be sent by Pluto. Map of Hierapolis - Pamukkale : The Plutonium is marked 7th, near the Temple of Apollo - the Pamukkale travetin terraces are on the left of the map Doc.http: //www.denizlihotel.com

A large area in front of its entrance was forbidden entry. In ancient times, priests brought animals that died there; these priests entered and came out alive, which gave them a great prestige and a status favored by the gods. Visitors could ask, for payment, questions to the oracle of Pluto, all under the good management of the clergy.

The entrance of Plutonium was closed in the early Christian era, in the 6th century, and damaged then by earthquakes. 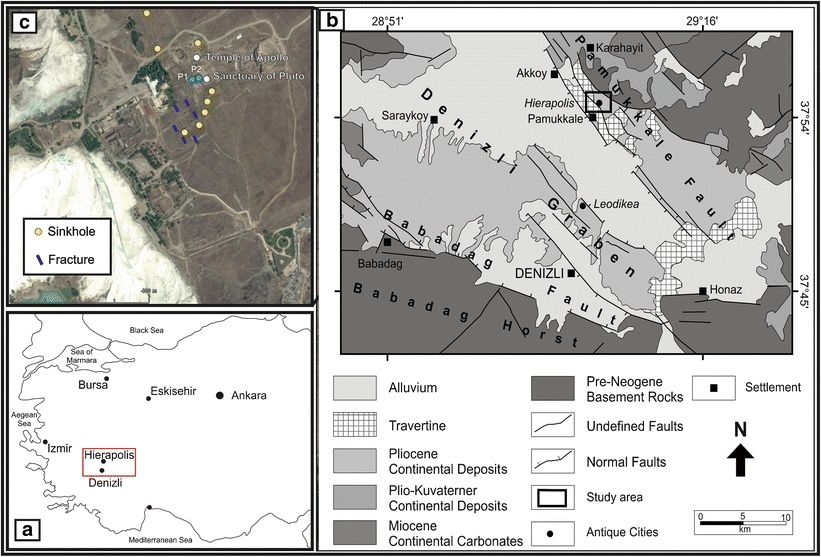 A research team led by the volcanologist H. Pfanz of the German University of Duisburg has studied the shrine’s killing potential in greater detail.

A deep fracture under Hierapolis, belonging to the Babadag fracture zone, continuously emits carbon dioxide (with concentrations of radon and helium found in the Earth's mantle), which is discharged in the form of a visible fog. This place is still deadly ... birds flying too close to the door suffocate and die.

Pfanz and his colleagues measured the concentration of CO2 in the arena over time. During the day, the heat of the sun dissipates the gas. But at night, the gas, slightly heavier than air, swells and forms a layer of CO2 on the sheltered floor of the arena. It is particularly deadly at dawn, when the concentration of CO2 at 40 centimeters above the ground of the arena reaches 35%, enough to asphyxiate and kill animals or even people in minutes, says Pfanz. But concentrations decrease rapidly with height.

Modern techniques of analysis today demystify a phenomenon considered 2000 years ago as supra-natural and attributed to the breathing of the god Pluto.