At Piton de La Fournaise, the eruption did not last very long.

I enclose the activity bulletins of April 3rd in the evening and this morning.

Activity Bulletin from Tuesday, April 3, 2018 at 5:30 pm (local time)
The eruption started on April 3, 2018 at 10:40 am continues. The volcanic tremor (indicator of eruptive intensity at the surface) continues to intensify, especially on the seismological stations located north of the volcano.

Following a reconnaissance made by a team of the OVPF at the ramparts of the Enclos, the eruptive activity could be confirmed. It is located on the north flank of the volcano against the top of the broken slopes.

A helicopter overflight of the eruptive site by a second team of the OVPF in the middle of the afternoon allowed to locate more precisely the eruption. 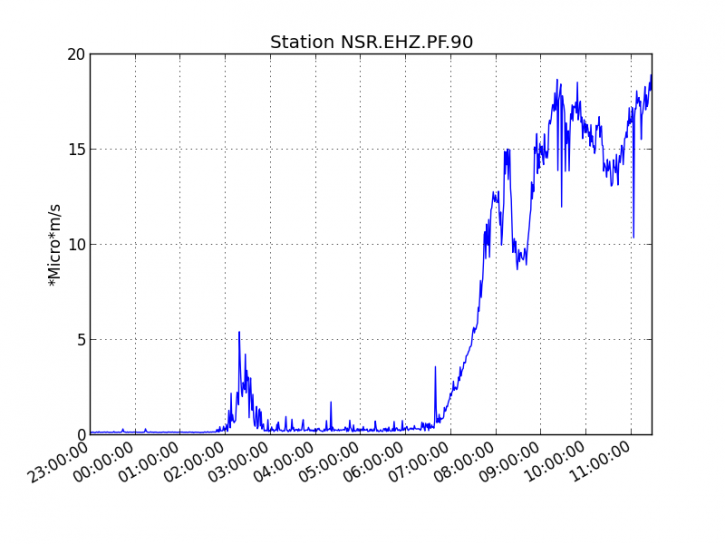 A long crack about 1km long opened in 7 distinct segments, two with emissions of lava fountains. The last active segment is just at the foot of the rampart against the bottom of the Nez Coupé de Sainte Rose

At 16:00 local time, many landslides were recorded by the OVPF network in the rampart at the Nez Coupé de Sainte Rose area, and many fumaroles were observed on site at this level. This situation presents a real and imminent danger of collapse. As a result, the Nez Coupé de Sainte-Rose trail is currently closed to pedestrian traffic from Piton Partage 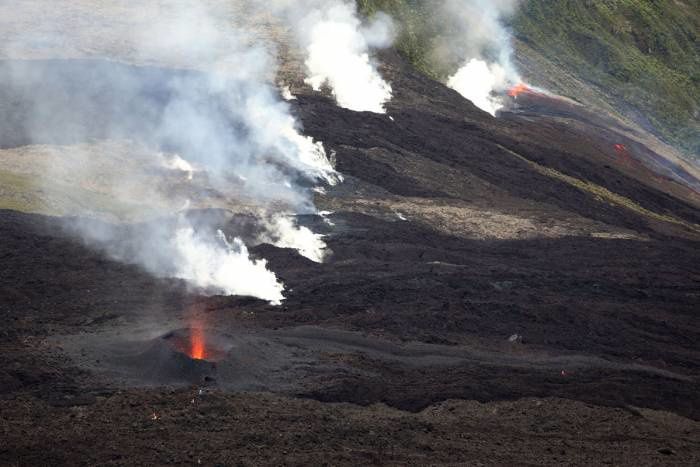 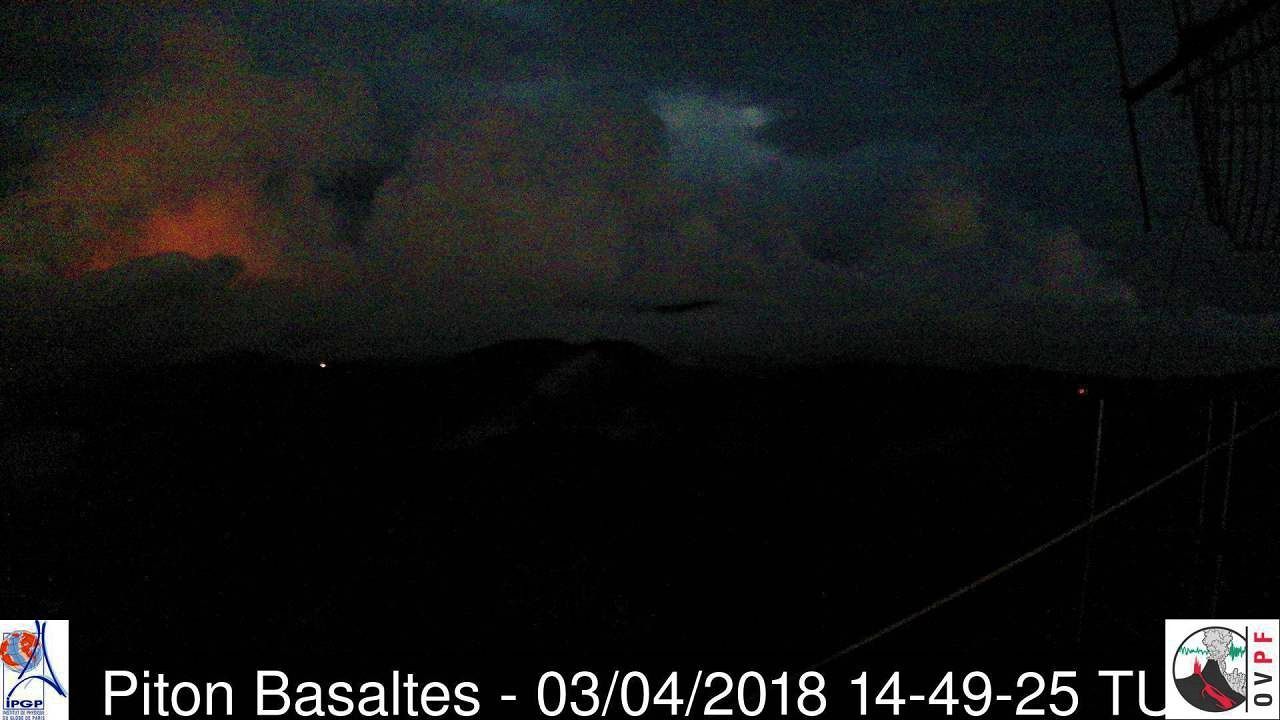 Piton de La Fournaise - Evolution of the RSAM (indicator of the volcanic tremor and the intensity of the eruption) between 3 April 3:00 (23h UTC) and 4 April 6:00 (2h UTC) 2018 on the seismic station of NSR, located on the northern flank of the volcano. (© OVPF / IPGP) 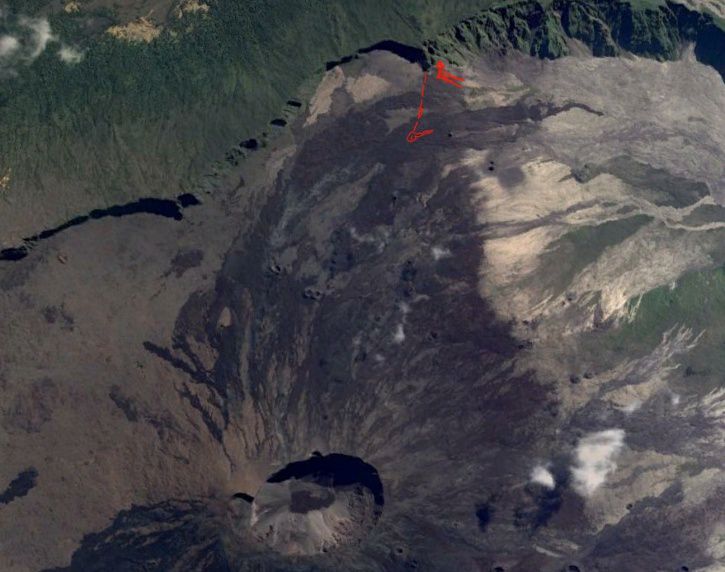 In Chile, Nevados de Chillan's activity took place from March 7 to 31 with degassing, explosions and sporadic incandescence in the crater, in which a dome is extruded.

The explosions occurred on March 10, 11, 12, 17, 26 and 31, the latter being the strongest. A thermal anomaly has been observed by the ESA satellite since the beginning of the dome extrusion.

From the before-after photos, there are no significant changes in the dome's physiognomy. 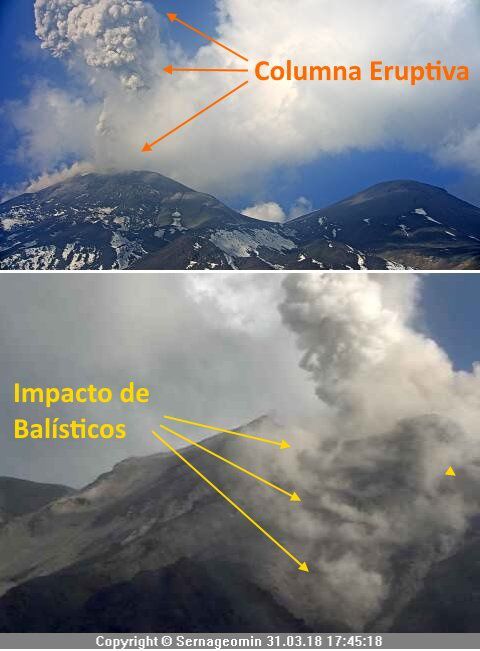 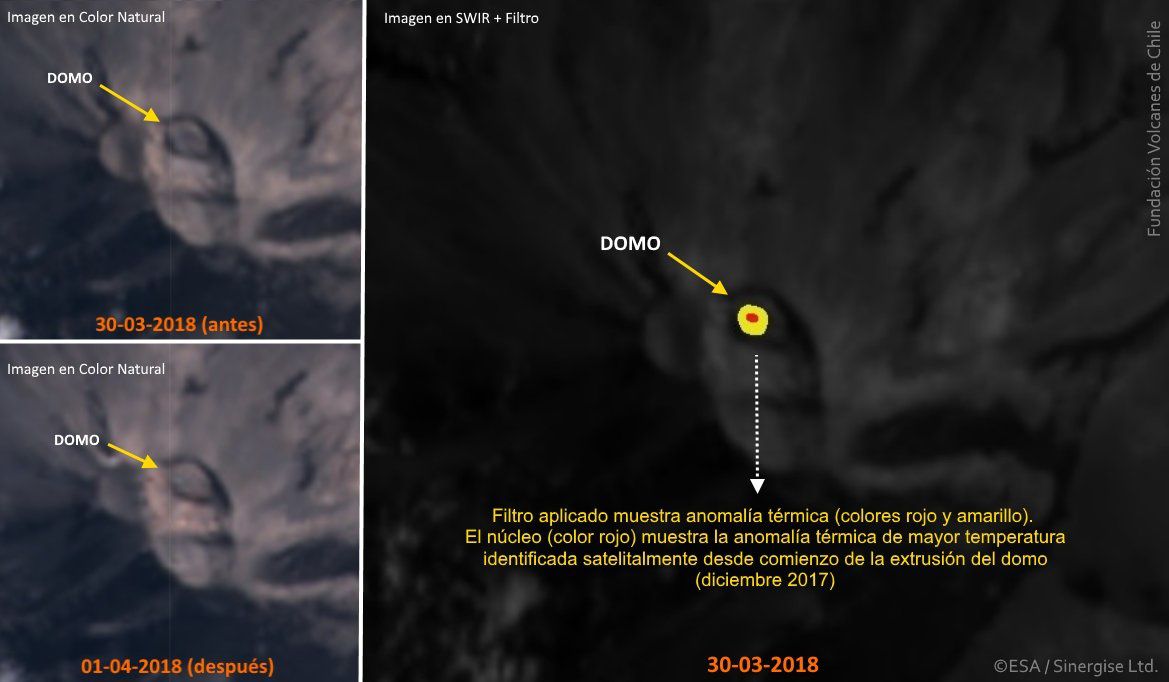 Nevados de Chillan - few morphological changes in the dome between 30.03 (before) and 01.04 (after) the strongest explosion - Doc Sernageomin