Sinabung activity, in alert level IV and constant eruption since 2013:

From April 12 until this morning, the volcano could be observed until it was obscured by fog. The observed plume is gray-white, reaching 50-300 m above the summit. The wind is blowing weakly to moderately south, southwest and west.

Thanks to the seismographic recordings of April 12, 2018, it was recorded: On April 12, 2018, at 10:10 am, RSN officials visited the Turrialba volcano. During the morning, the volcano showed an output of sulfurous gas and water vapor, very active compared to the previous days but without ash eruption. The crateric lakes present at the beginning of the year have disappeared in the central and Northeast craters, there remains only a small pool of mud. The first eruption of this year 2018 in Piton de La Fournaise is already completed, so to say the least surprising.

With a very short duration (17 hours and 20 minutes), this event seems to be only a first step in a process that should be manifested again soon. Seismicity has virtually disappeared (no earthquake yesterday and the day before) but a rise in pressure and a recharge are underway, not on the northern flank as April 3 ... but rather at the Dolomieu crater !

According to Aline Peltier, director of the observatory of volcanology, the activity has refocused on the summit cone for a few days; according to her, the next eruption may well take place on the southern flank. "The longer the time between two eruptions, the more chance of alternation".

The services of the Prefecture and the scientists of the observatory will descend in the enclosure on Friday to examine the ground. A new eruption is expected in the coming weeks or months ... Piton de La Fournaise - Illustration of the summit deformation over 2 months. Here is shown a baseline (variation of distance between two GPS receivers) crossing the crater Dolomieu. A rise is synonymous with elongation and therefore swelling of the volcano; conversely, a decrease is synonymous with contraction and therefore deflation of the volcano. Any periods colored in light pink correspond to eruptions. - doc. OVPF Piton de La Fournaise - the Enclos and the Dolomieu seen from Bert's path - will the next eruption take place on this side? - photo © Bernard Duyck

The JMA reports an increase in seismicity at Akita Komagatake volcano on the main island of Honshu.

Low frequency earthquakes related to magmatic movements have been recorded for a month, and volcanic tremor has appeared. Although it is weak earthquakes, their epicenter is close to the caldera.

An aerial control revealed fumaroles rising to about ten meters in the craters SE and on the NE slopes of Futake. No other changes on the surface. 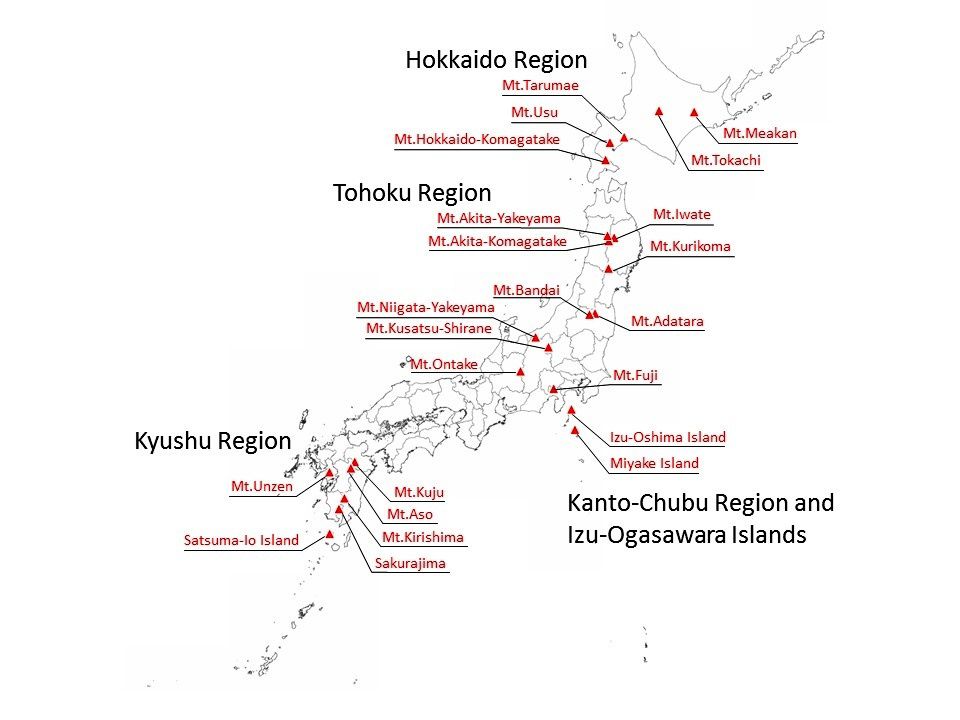 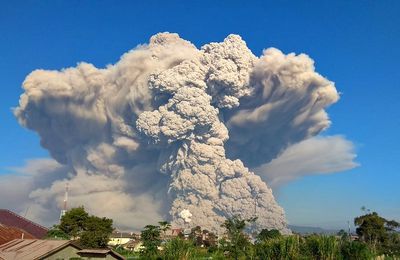