After the April 19 eruption at the Kirishima group / Ebino plateau / Yoyama, the fumarolic activity is again increasing since April 26 at 18:15.

According to the JMA, inflation continues at the base of the Kirishima chain, marking a possible deep accumulation of magma.

The alert level remains at 3 with a 2 km forbidden zone. Overflows from the summit lava lake continue in Kilauea; several episodes occurred during the day yesterday and the night before. This activity is marked by intense radiative power, according to the site Mirova.

The floor of Halama'uma'u is covered 3/4 by new flows.

The inflationary trend is general for the summit and the Pu'u O'o, with brief periods of deflation during the night.

The seismicity is characterized by a tremor of fluctuating amplitude in connection with spattering, and earthquakes in the southern part of the caldera and the upper East rift zone.

The episode of lava flows 61 g remains active in the 2 kilometers of Pu'u O'o. 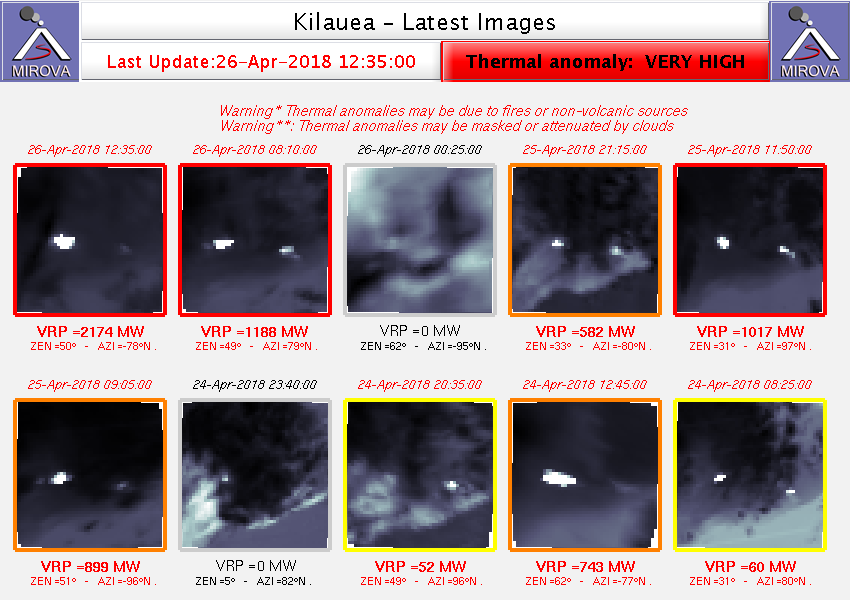 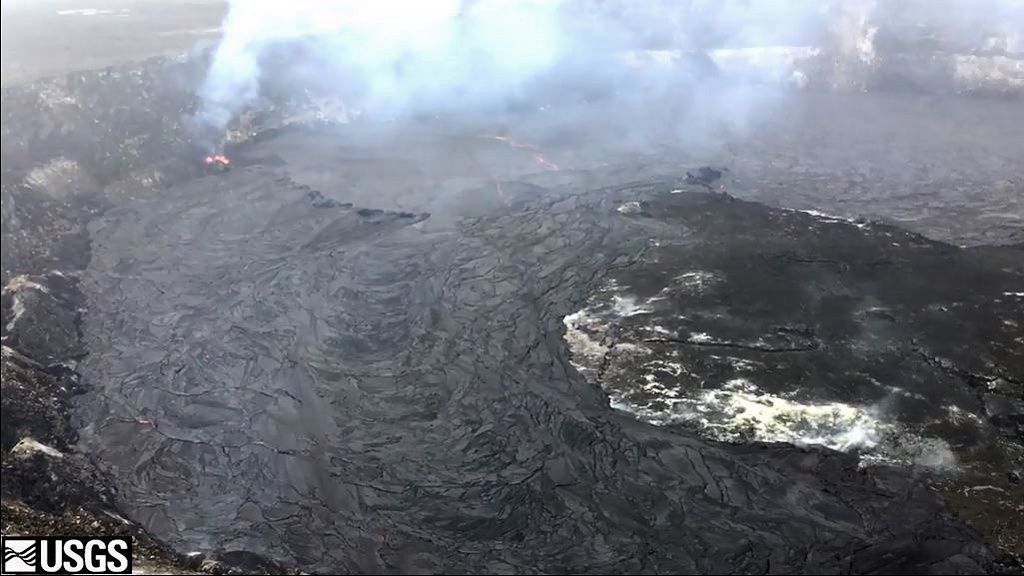 At Piton de La Fournaise, inflation of the summit zone continues. Seismicity has fluctuated a bit before rising, with 17 volcano-tectonic earthquakes on April 25 and 16 earthquakes VT on April 26, and a rising magnitude as well.

Inflation marks the upper zone and the remote areas, and testifies to the pressurization of a superficial source and a deep source. Piton de la Fournaise - Summit deformation between February 26 and April 26, 2018 - Is here represented a baseline (variation of distance between two GPS receivers) crossing the crater Dolomieu. A rise is synonymous with elongation and therefore swelling of the volcano; conversely, a decrease is synonymous with contraction and therefore deflation of the volcano. Any periods colored in light pink correspond to eruptions. - Doc. OVPF