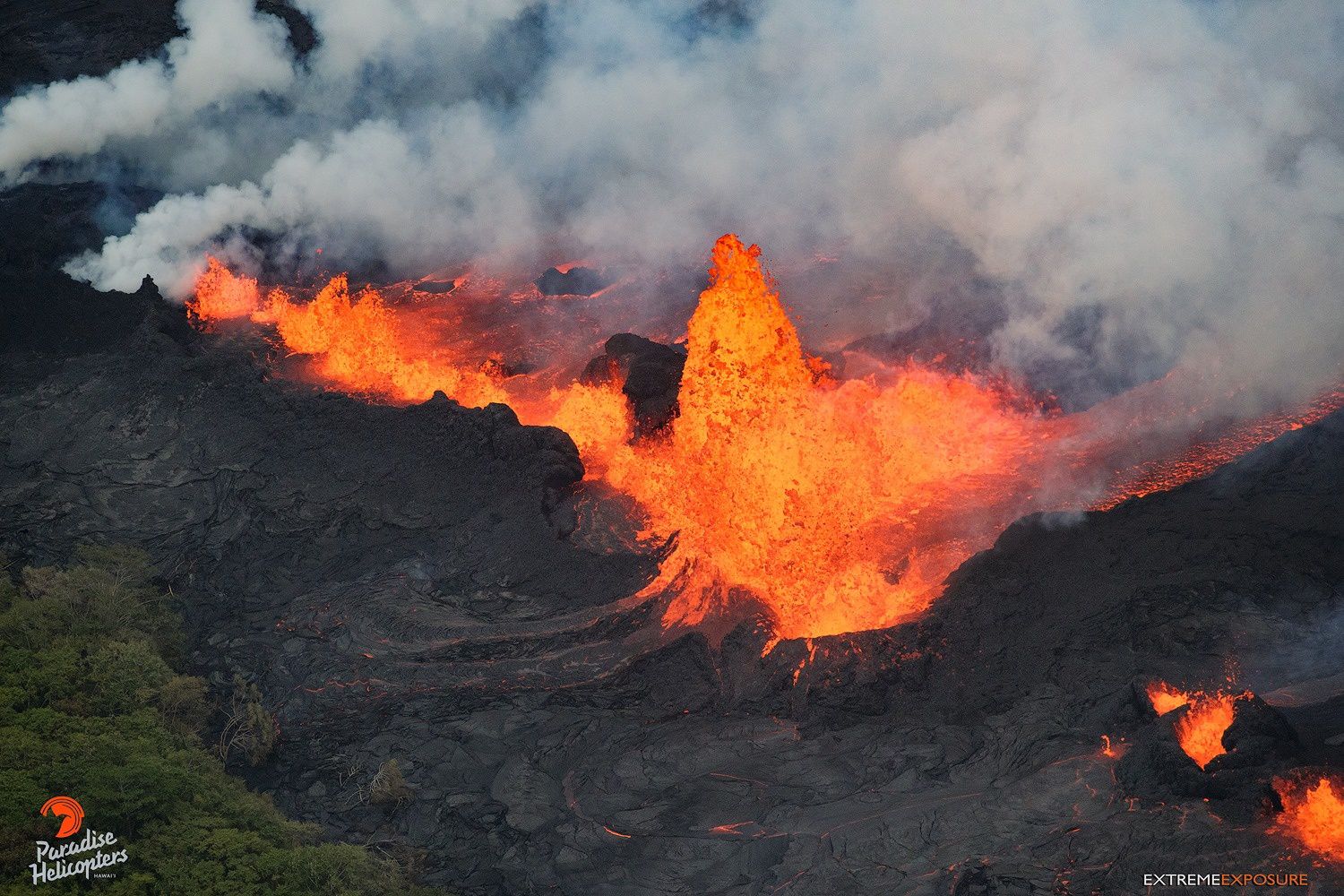 The eruption continues in the Lower East rift zone of Kilauea, with spattering at fissures 5, 6, 17, and 19, and the feeding of a lava flow to the south and to the north, along and at south of Pohoki road.

The lava fountains in fissure 22 feed a lava channel that joins the coast north of MacKenzie State Park; a westward shift of the port of entry occurred on May 22nd.

A new fountaining zone was fired in the afternoon on a line of fissures between Kaupili and Mohala Street, just below the crack. 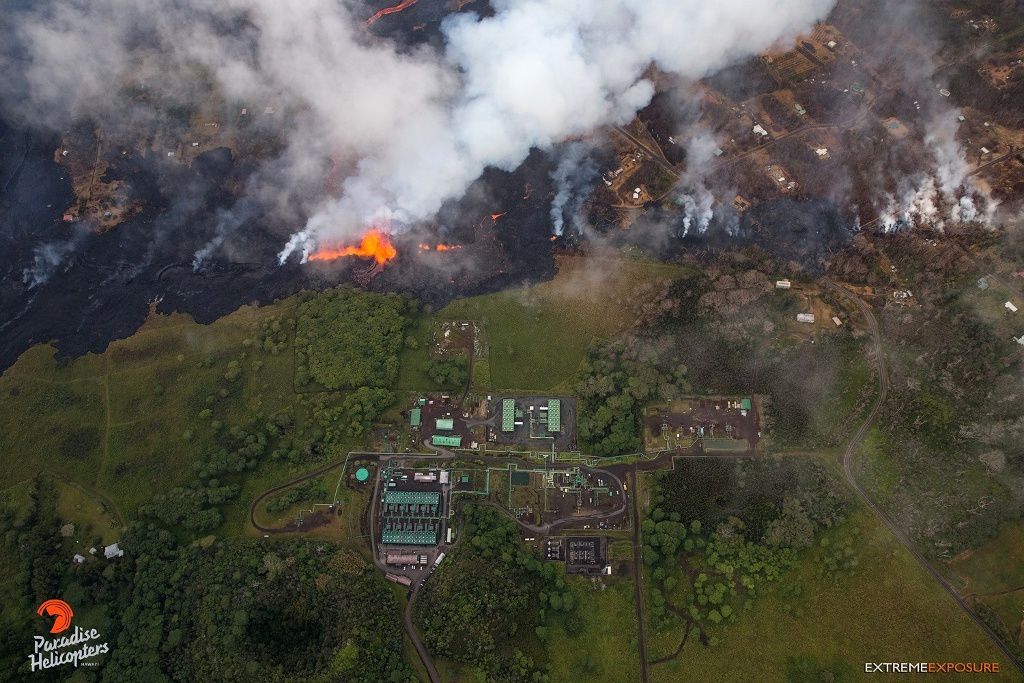 Note that the lava has very gently invaded the land that houses the geothermal station and advances in its direction; actions are being taken to move the explosive products there. 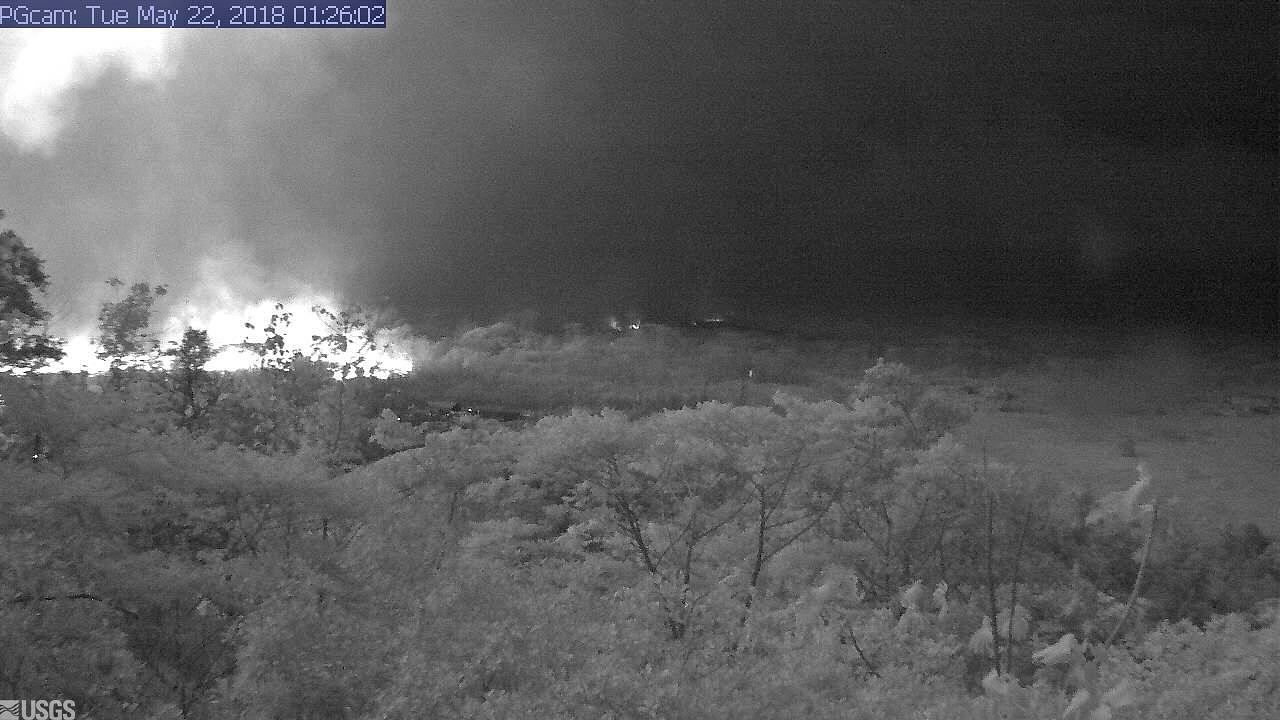 At the top of the volcano, multiple small eruptions have occurred in recent days; The Civil Defense reports one on May 22 at 3:55, accompanied by a plume of ash towards Wood Valley, Pahala, Naalehu and Waiohinu.

On webcams, there is a plume of steam and gas over the Overlook vent, moving southwest. 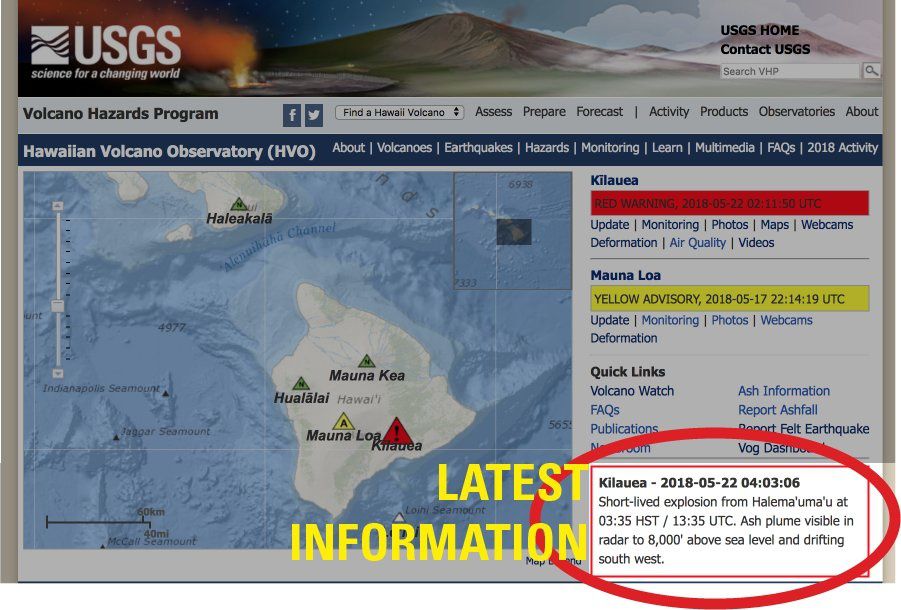 At Merapi, an eruption occurred on May 23 at 3:31 pm HNE; it was accompanied by a plume of ash rising to 2,000 meters above the summit, then leaning to the southwest. Ashes have fallen on Magelang, and modeling predicts ash falls on a west axis encompassing the Borobudur temple.

The seismographs recorded an earthquake lasting 4 minutes, in the absence of visibility of the thermal cameras due to intense fog. 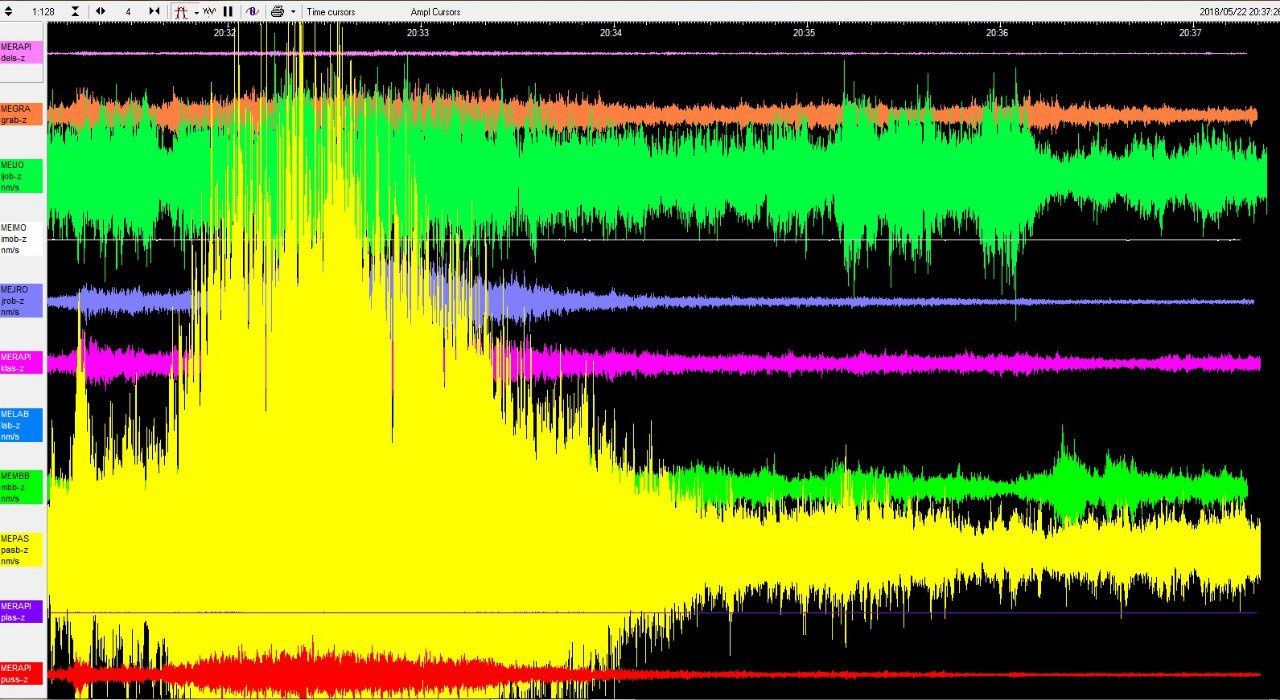 The Vanuatu's National Disaster Office predicts a low number of people who will respond to its offer of evacuation from the island of Ambae, about 10% in addition to the thousands of spontaneous evacuees. At Piton de La Fournaise, the eruption started on April 27, 2018 at 11:50 pm local time continues. The intensity of the volcanic tremor (indicator of eruptive intensity at the surface) continues to decrease gradually. The rare episodes of good weather that day have seen from the webcams of the OVPF and the OVPF / IRT a low activity at the two eruptive mouths.

The upstream vent no longer appears active while the main cone emits only a few surface projections.

No active flow could be observed on the surface, most of the activity taking place in lava tubes.

Surface discharges could not be estimated from satellite data in the past 24 hours due to cloud cover on the volcano.

The inflation of the building continues: the GPS of the summit zone and in far field record an inflation which testifies to putting under pressure of a superficial and deep source. Piton de La Fournaise - Illustration of the summit deformation between 23.05 and 23.05.2018. Here is shown a baseline (variation of distance between two GPS receivers) crossing the crater Dolomieu. A rise is synonymous with elongation and therefore swelling of the volcano; conversely, a decrease is synonymous with contraction and therefore deflation of the volcano. Any periods colored in light pink correspond to eruptions.