Activity of Kilauea, Merapi and Turrialba. At Kilauea, moderate lava eruptions continue at multiple points along the north end of the active fissure system.

The fissure 6 is reactivated and shows spattering, which intermittently feeds a short lava flow.

Spattering continues weakly on fissures 17 and 19.

Fissure 22 presents a small series of lava fountains, which feed a channeled lava flow, which reaches the coast north of MacKenzie State Park.

Several properties have been burned by lava flows. 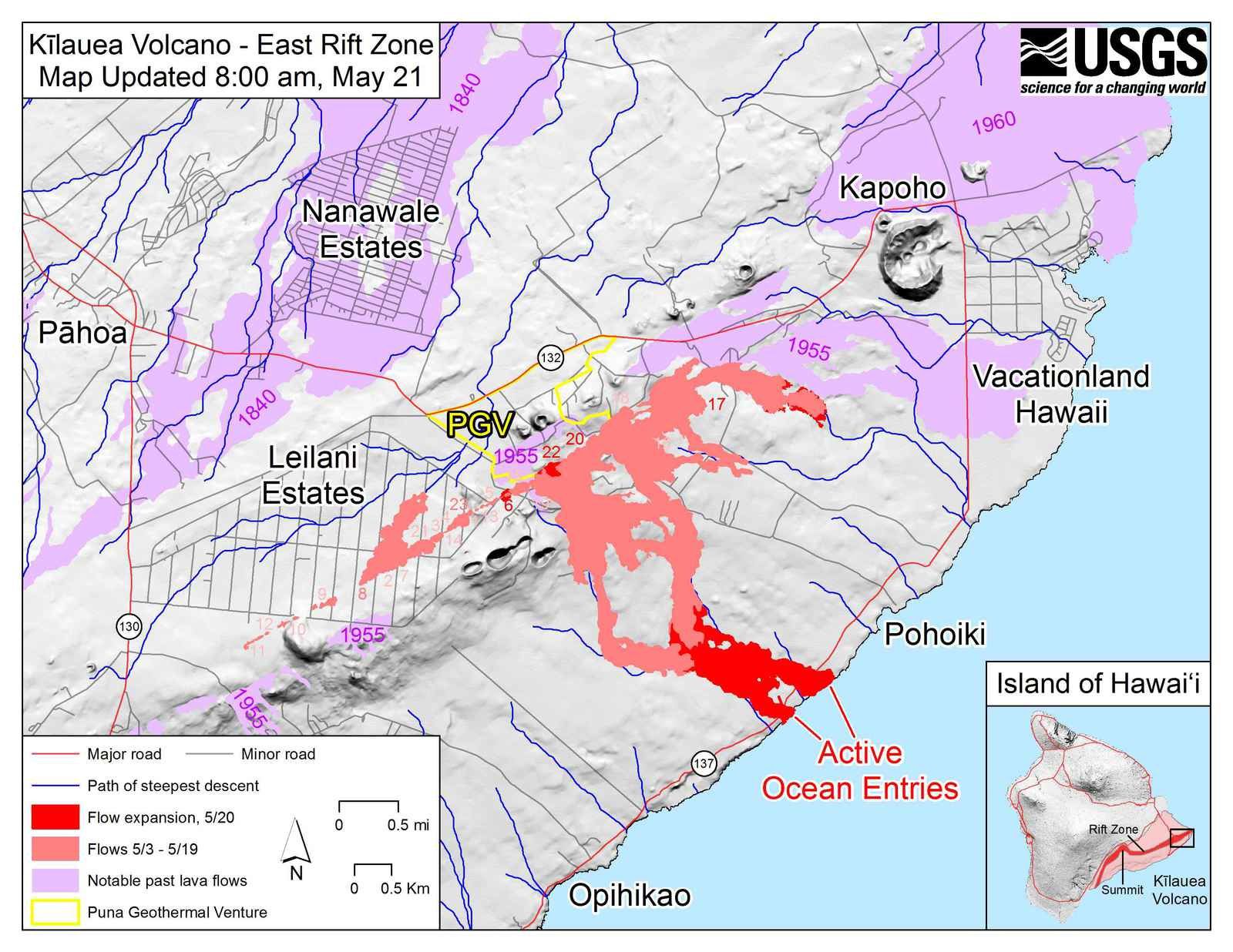 Emissions of sulfur dioxide remain high, as well as laze produced by the encounter of lava with sea water; the areas under the winds can be touched by VOG, of different levels.

At the top, a small explosion took place on May 21st at 1am, which produced a plume of ashes drifting southwest. Around 2:11 UTC, a large plume of gas and vapor overcomes the Overlook vent. For May 21, 2018, the PVMBG reports three phreatic eruptions, respectively

- and at 5:50 pm WIB which lasted 3 minutes. The height of the plume was not observed.

These episodes follow the water eruption of May 11, and a quiet period of 4 years. Merapi 21.05.2018 - seismogram with trace of a phreatic eruption, followed by a VT earthquake and tremor - doc. Magma Indonesia 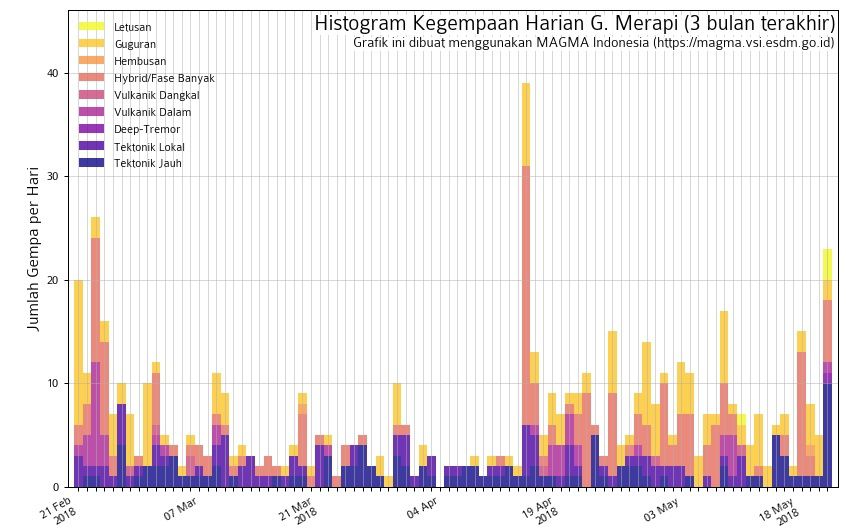 Merapi - seismicity from February to May 2018 - Doc. Magma Indonesia

Seismicity on May 21 was characterized by 1 VT earthquake, 3 eruption earthquakes, 2 collapse / avalanche earthquakes and 3 tectonic earthquakes. Tremor is observed from 12h. with an average amplitude of 5-10 mm.

Following this increase in activity, the status was increased in Waspada, with a prohibited area of ​​3 km radius from the summit, and recommendations for vigilance and information of the population. During the morning of May 21, and the night before, the Turrialba maintained a passive emission of ash of variable contents, which rose up to 600 meters above the active crater. The ashes dispersed so variable to the north and west. A smell of sulfur is perceptible in Turrialba, Barva and Aquiares.

The seismicity of the past 24 hours has been maintained at a low level.