Lava and gas eruption activity continues in the Leilani Estates Subdivision in the Lower Rift East Zone of Kilauea.

On May 5, there were eight eruptive fissures that opened on a SO-NE axis. The vents produce spatters, small fountains and small lava flows. The summit's deflation continues, as well as the lower level of the lava lake of the Overlook. The amplitude of the tremor fluctuates with the spattering of the lava lake. SO2 emissions persist at high levels.

Tiltmeters no longer show significant deformation at Pu'u O'o, whose crater bottom is empty. The lava flow 61 g is no longer fed. Nearly 200 aftershocks, most of Magnitude 1 to 3, have been recorded; the strongest was M6.9.

These earthquakes are likely to be accompanied by collapses in the crater of Pu'u O'o with ash plume production. These ashes are rusty-pink, corresponding to materials of the cone remobilized interior; the hue is a function of prolonged exposure of the materials to heat in the presence of oxygen, with the formation of iron oxide III / Fe2O3. GPS data show for Friday up to 50 cm. movement following earthquakes; a simulation made by the USGS indicates up to 2.5 meters of slippage along the interface between the volcano and the ocean floor, ~ 7-9 km below the surface. 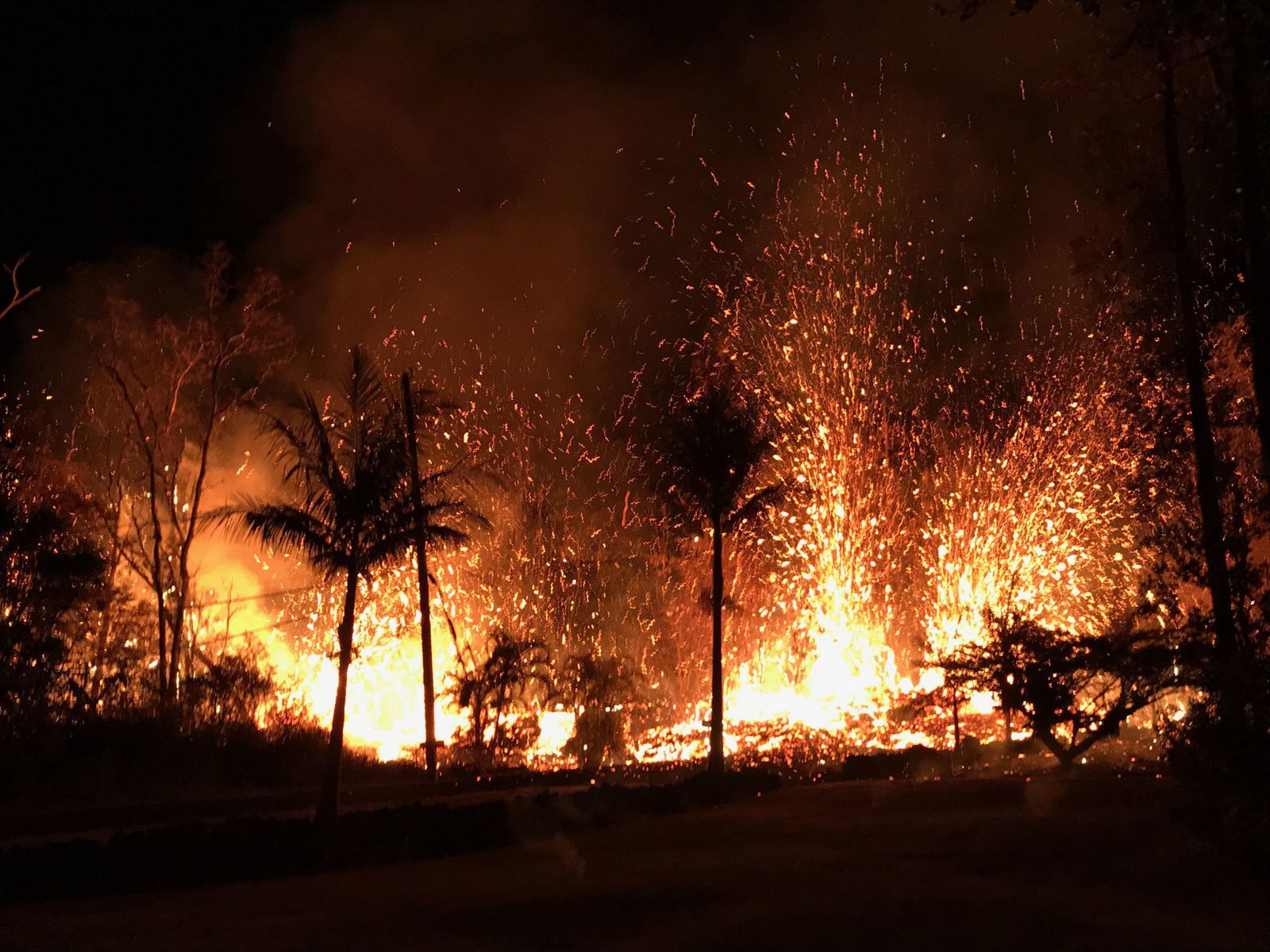 At the human level, a third property was burned by lava.

Sulfur dioxide levels measured are dangerous to health and reach a lethal level near cracks ... but Civil Protection workers are not able to help residents who refuse to evacuate.

Update HVO 06,05,2018
The fissure # 7 ceased its activity in the middle of the afternoon, and a new fissure erupted, characterized by 20h44 by spattering and after 21h by lava fountains of 70 m height. It is located near fissures # 2 and # 7.
New cracks appeared this morning on Highway 130, without any fumes or heat being noticed.
Seismicity and deformation are consistent with magma accumulation in the rift zone 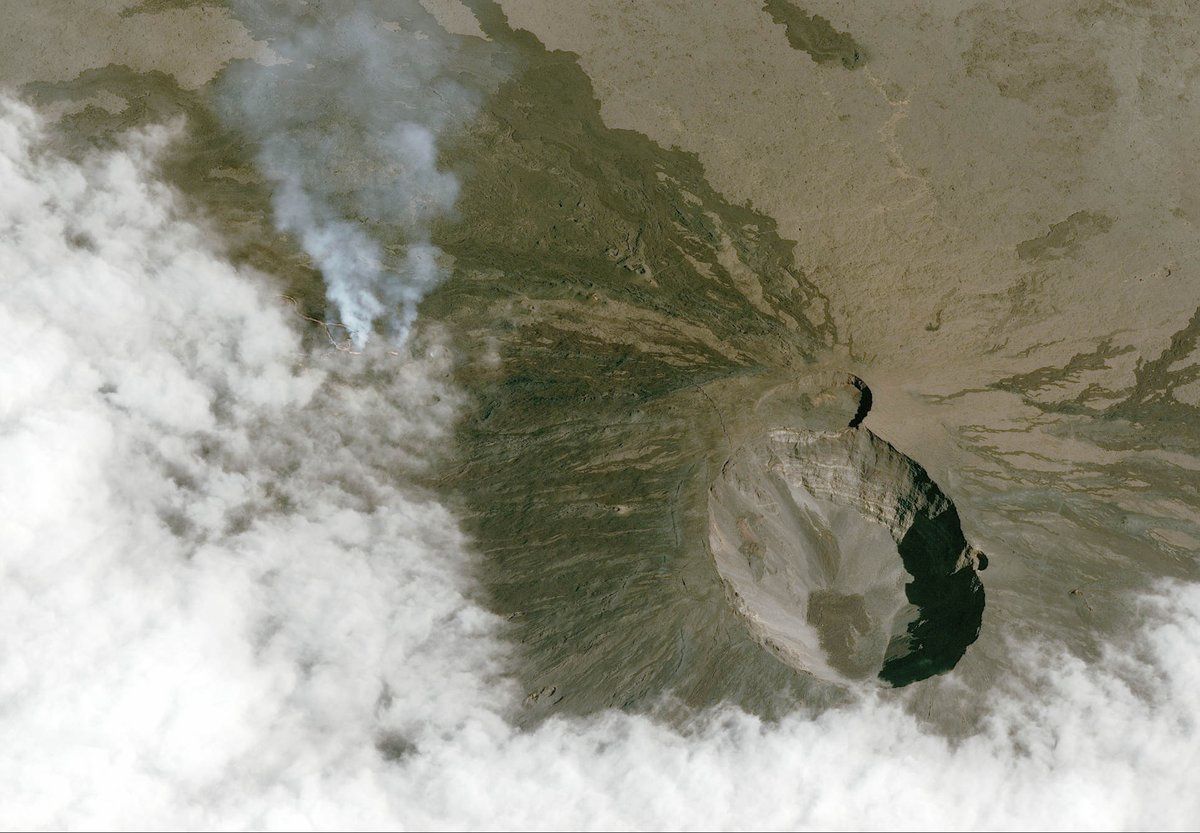 At the Piton de La Fournaise, the intensity of the volcanic tremor (indicator of the eruptive intensity at the surface) has decreased very slightly since 24 hours.

An overflight of the eruptive site realized this morning by the OVPF indicated at 10:30 (local time) an activity mainly in lava tubes. Only two shower arms were visible downstream of the main tunnel rooted at the central vent, which is now the only one to regularly project lava projections.

The casting front has not progressed in recent days.

The surface flows estimated from the satellite data, via the HOTVOLC platform (OPGC - Clermont Ferrand), recorded today were between 1 and 2.5 m3 / s. A very slight deflation of the volcano is still recorded on the OVPF deformation sensors. This means that the volume of magma coming out of the reservoir to feed the eruption is greater than the volume of magma that replenishes it.
No volcano-tectonic earthquake has been recorded in the past 24 hours under the Piton de la Fournaise building. The Cleveland monitoring systems in the Aleutians recorded an explosion on the evening of May 4 at 21:49 local / 5:49 UTC, accompanied by a small cloud of ash at 6,700 meters moving southeast.