After the collapses in the Pu'u O'o crater and the increase in seismicity in the lower east rift zone, an eruption began on May 3, 2018, shortly before 5 pm local time on the Leilani Estates subdivision of Big Island / Hawaii.

Spatters and lava fountains were observed on the surface, and new fractures appeared at the end of the afternoon in the eastern part of the subdivision, from which white hot steam and bluish gases emanated.

The opening phases of the fissure eruptions are dynamic, and new vents and lava outbreaks can occur at any time, without knowing where they will fall into place. HVO teams are on site and fly over to describe the type of activity and the direction of the lava flow.

The Civil Defense coordinates the necessary actions, including the evacuation of part of the Leilani subdivision. Residents of Puna District must remain alert, prepare and keep abreast of the situation. At 10:30 am HST, an earthquake of magnitude 5 south of Pu'u O'o caused rock falls and a possible partial collapse in the crater.

Due to this unstable situation, the National Park management had closed an area of ​​more than 6,000 hectares near Pu'u O'o to the ocean, including the gravel evacuation route.

The fissure eruption lasted two hours; lava spread only a short distance, less than 10 meters.
Geologists report a strong presence of sulfur dioxide around the crack
At the moment of the state report of the HVO (04,05,2018 / 8:13 UTC), there is no more eruption on the crack. No other crack shows this activity in this rift zone.
Tiltmeters at the top of Kilauea continue to record deflation, and the level of the upper lava lake has dropped 37 meters in the last 24 hours. Kilauea - after bad weather conditions, a thinning makes it possible to see the crater of Pu'u O'o on 03.05.2018 - photo HVO-USGS At Piton de La Fournaise, the eruption started on April 27, 2018 at 11:50 pm local time continues. The intensity of the volcanic tremor (indicator of eruptive intensity at the surface) is still relatively stable. The surface flows estimated from the satellite data, via the HOTVOLC platform (OPGC - Clermont Ferrand), recorded today were of the order of 1 m3 / s. It should be noted that these measures are only partial as a result of the bad weather conditions on the Fournaise massif during the last 24 hours.

A very slight deflation of the volcano continues to be recorded on the deformation sensors of the OVPF. This parameter will be followed in the next few days.

No volcano-tectonic earthquakes have been recorded in the past 24 hours under the Piton de la Fournaise building. Field observations made at the beginning of the afternoon showed an evolution of the surface activity compared to the previous days:
* The activity is now focused mainly on the central mouth,
* The most upstream cone shows only sporadic activity,
* The cone around the active (central) mouth is now closed.
The end of the casting was in the clouds, and could not be observed.

The alert level remains: Alert 2-2 - Eruption in the Enclosure A seismic swarm mark the maritime area between the islands of Tenerife and Gran Canaria, in the Canary Islands since late April.

Its origin is still discussed: magmatic origin at the level of Enmedio volcano, or tectonic origin in the fault separating the two islands, or a mixture of both.

The area was explored in 2015 by the IEO following a seismic crisis. Bathymetric map of the situation of the Enmedio volcano - doc.IEO 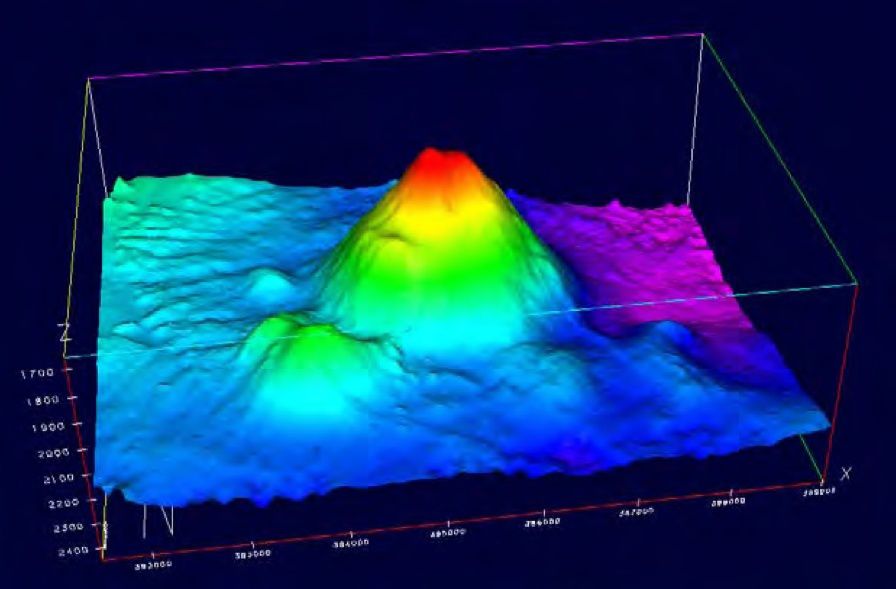