A brief phreatic eruption occurred at Gunung Merapi on the island of Java on May 11th at 7:40 am WIB; it was accompanied by an eruptive column which rose very straight, and reached 5,500 meters above the summit.

Video of the eruption of Merapi this 11.05.2018, from the last stop before the summit The eruption began with a small roar, and vibrations felt around the observation post, on which fell a shower of ashes and fine lapilli.

The event remained isolated and the volcanic alert level remains at 1 / normal.

About fifty hikers are reported on the volcano, on the last stop before the summit, without apparent damage. Following the eruption, a VONA was set up above and in the southern area of ​​Merapi. An Air Asia Singapore-Yogjakarta flight was diverted to Jakarta, following a likely closure of the destination airport. In the eastern rift zone of Kilauea, the eruption appears to be pausing: no lava emitted from any fissure at 7 pm on May 10, but sulfur dioxide emissions continue.

To report, the lava stop a mile from the geothermal plant, where thousands of liters of fuel are stored ... a strong explosion is likely in case of advance of the lava flow. Kilauea - East rift zone - crevasses and steam west of Highway 130, under investigation by the USGS

New cracks are likely to open, without prior localization possible. Cracks near Highway 130 continue to emit steam.

Seismic activity remains high; seismicity and deformation indicate that the magma intrusion migrates to the northeast. Ken Rubin reports, based on videos from May 10, the rather unusual sighting of a breached cone of spatters / slag on one of the crack segments in Leilani Estates. 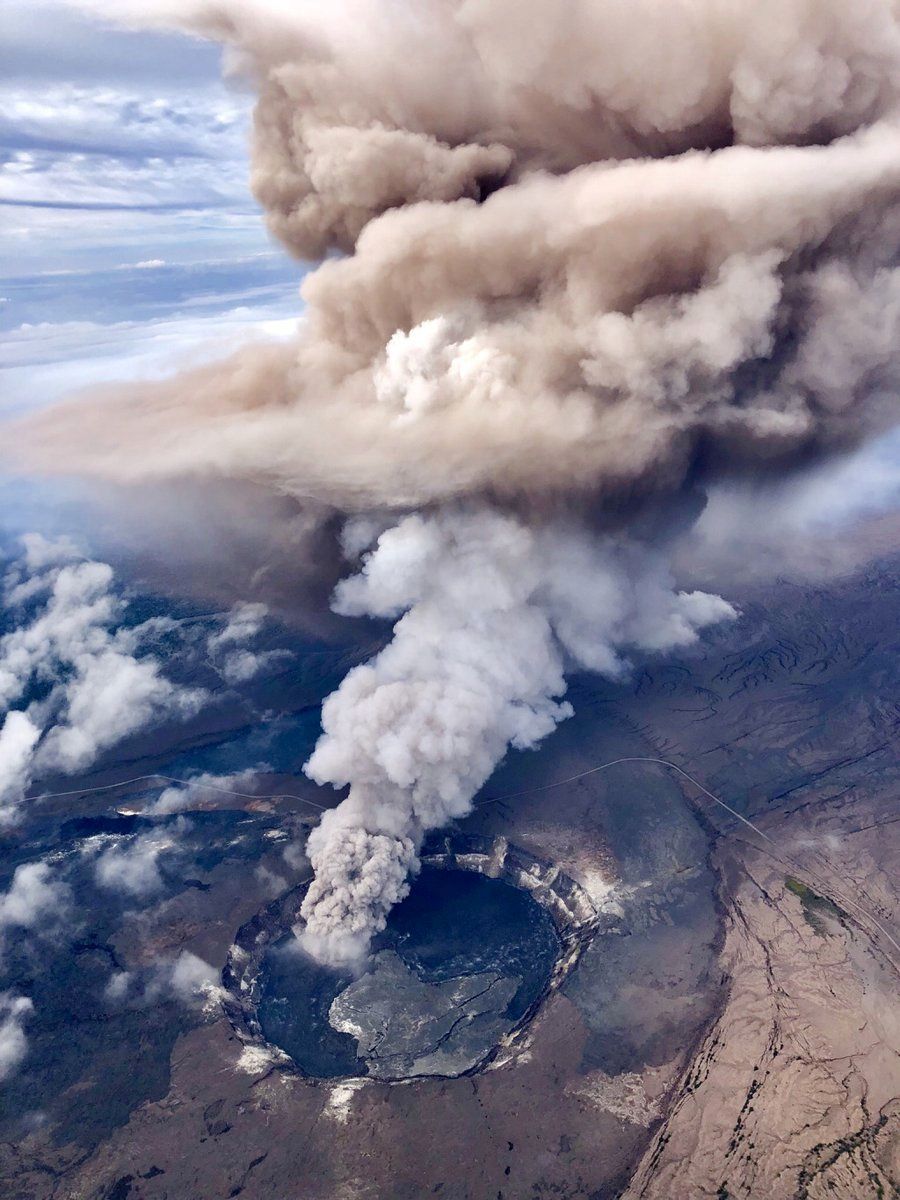 Kilauea - Halema'uma'u's crater and two-colored plume  of the explosion following a collapse on 10.05.2018 - photo Paradise Helicopters

In the summit area, no changes from yesterday.

The explosion of yesterday at 8:30 shows a two-colored plume, with the presence of a brown color in its upper part, sign of an incorporation of rock fragments.

Samples collected by an NSF researcher show that the explosion is due to the collapse of the wall of the vent following an earthquake. (NSF / Bruce Houghton) At the Piton de La Fournaise, the field reconnaissance carried out on May 10th still shows an activity mainly focused on a main cone whose mouth continues to close. The second cone slightly further upstream showed today a more sustained activity than in recent days, with regular lava projections of 10-20m high. The flow is still mainly in lava tubes with most of the resurgences and therefore flows visible at the level of the slope below Piton de Bert.

Many fires were observed on the 10.05 at the foot of the rampart and in the rampart, especially against the bottom of Piton Bert.

The surface flows estimated from the satellite data, via the HOTVOLC platform (OPGC - Clermont Ferrand) and MIROVA (University of Turin), recorded today were less than 2 m3 / s.

No significant deformation is recorded.

A volcano-tectonic earthquake has been recorded in the past 24 hours under the Piton de la Fournaise building. Small complement with the activity of Sabancaya and Sinabung these last days, in some images. 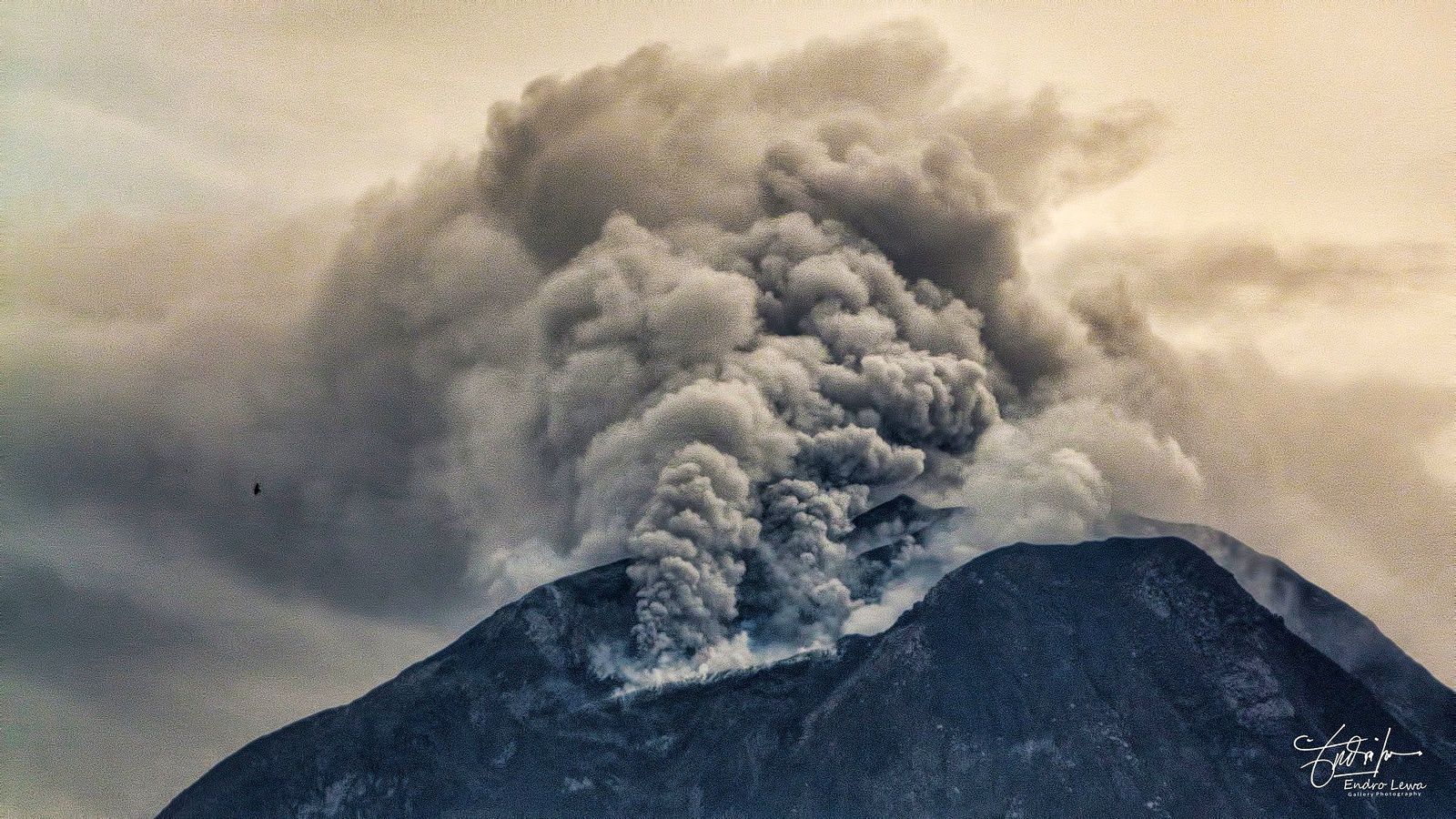 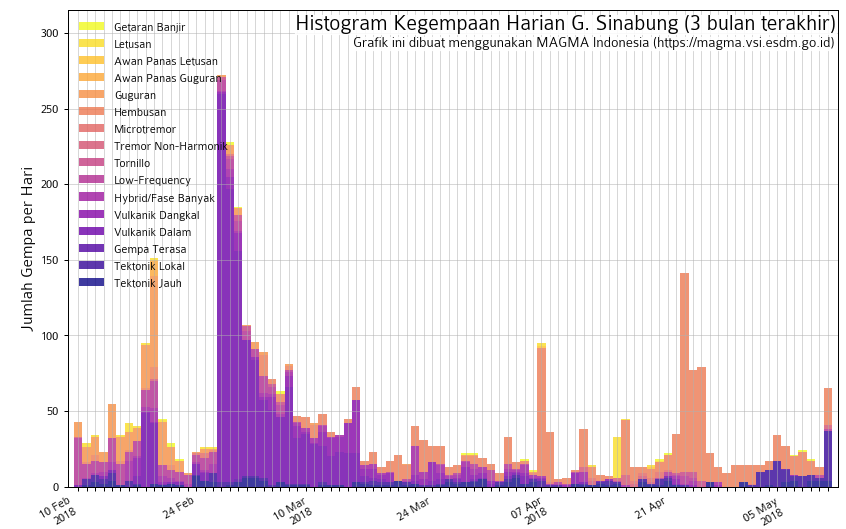