The eruption of Kilauea in the East Rift Zone continues intermittently.

The critical zone on May 9 is the northeastern portion of the crack zone, where a new crack, the 15 °, opened Poihiki road and generated a pahoehoe flow of 20 meters in length.

A new degassing zone was observed west of Highway 130 around 15:00 HST during an overflight ... it was active during a second pass at 16:30.

The motion ratios, measured at the GPS station located 1.5 km SE of Nanawale Estates, are increasing, characterizing magma movement to the northeast, in a low rift direction. Sulfur dioxide emissions remain high near cracks, and contribute to a general increase in the amounts of SO2 detected by satellites. These satellite data can differentiate emissions from emitting sites: the upper lava lake, the Pu'u O'o vent, and the lower East rift zone cracks; a Nasa Terra Aster image made on May 6 indicates that cracks are probably the main current emission source of sulfur dioxide. Kilauea - emanations of sulfur dioxide (in yellow-green) at the level of the summit area and plume emanating from the crack zone - doc.Nasa In the top zone, tiltmeters continue to record deflation; the level of the lava lake continues to drop, estimated at less than 295 meters under the floor of Halema'uma'u (according to a 3D model made up of thermal images - video); this decline was accompanied by a large rock collapse that caused an explosion and an ash plume over the Overlook crater. The potential for explosive eruption will increase over the next few days / weeks: when the lava reaches the water table of the Kilauea caldera, phreatic eruptions are likely to occur, with expulsion of debris on the summit area.

The Volcanoes National Park will be closed to tourists until further notice, starting May 11, security measure. 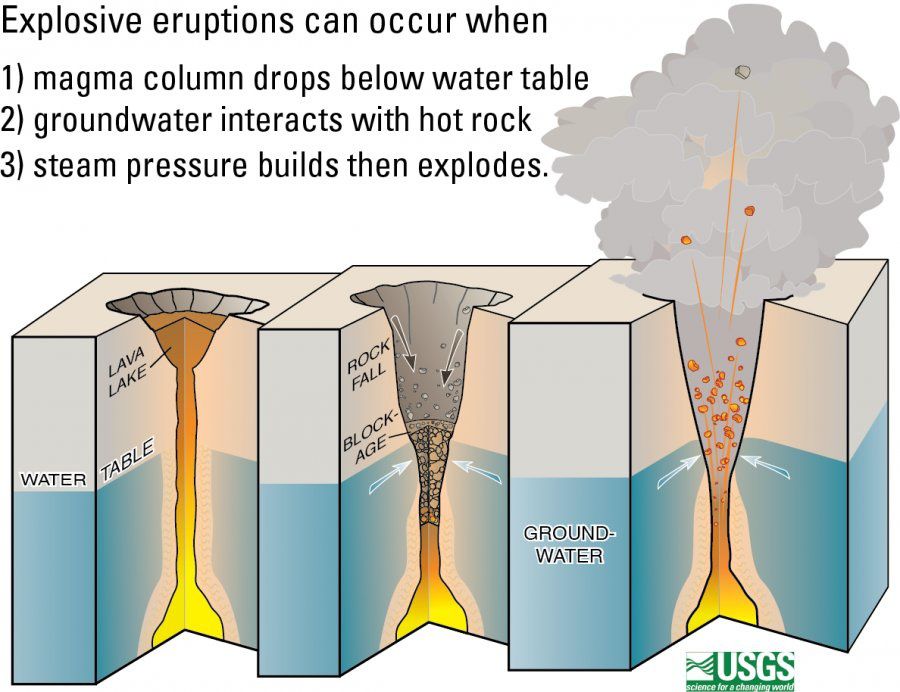 At Piton de La Fournaise, the eruption continues, marked by a stable volcanic tremor during the last 24 hours.

The activity is still focused mainly on the central cone with lava projections of low height (less than 10 m above the cone) and a lava flow mainly in tunnel. Resurgences are always visible 1 km downstream of the cone.

The treatment of aerial images by stereophotogrammetry made it possible to follow in recent days the evolution of the main cone. It has risen from 18m to 21m in height (between May 3rd and 5th) and the eruptive mouth at the top of the cone has closed slightly, from 30 × 25m wide on May 3rd against 25 × 25m on 5th May. may. The diameter of the cone at its base is of the order of 100 m.

The surface flows estimated from the satellite data, via the HOTVOLC platform (OPGC - Clermont Ferrand), recorded today were always between 1 and 2.5 m3 / s.

No significant deformation is recorded. No volcano-tectonic earthquake has been recorded during the past 24 hours under the Piton de la Fournaise building

Video L'Obs - Added May 9, 2018 - Native of Reunion, Christophe Georget, steward of profession, has made the habit of climbing to capture with his iPhone, his Canon 700D and his drone, the various eruptions. The last was filmed by him on May 7, and his images take us closer to the crater.

Excellent photos were sent to me by my friend Cedric Normand on his return from an expedition to the eruptive site on May 7 and 8, 2018.

In search of the lava tunnels, galley on the pahoehoe and broken plates of pahoehoe, they discovered at about 200-250 meters of the main cone a skylight (# 1). Piton de La Fournaise - 07 & 08.05.2018 - the main cone on the right - on the bottom left the secondary cone and its "Olympic flame", in the foreground on the left the opening on the lava tunnel - photo Cédric Normand 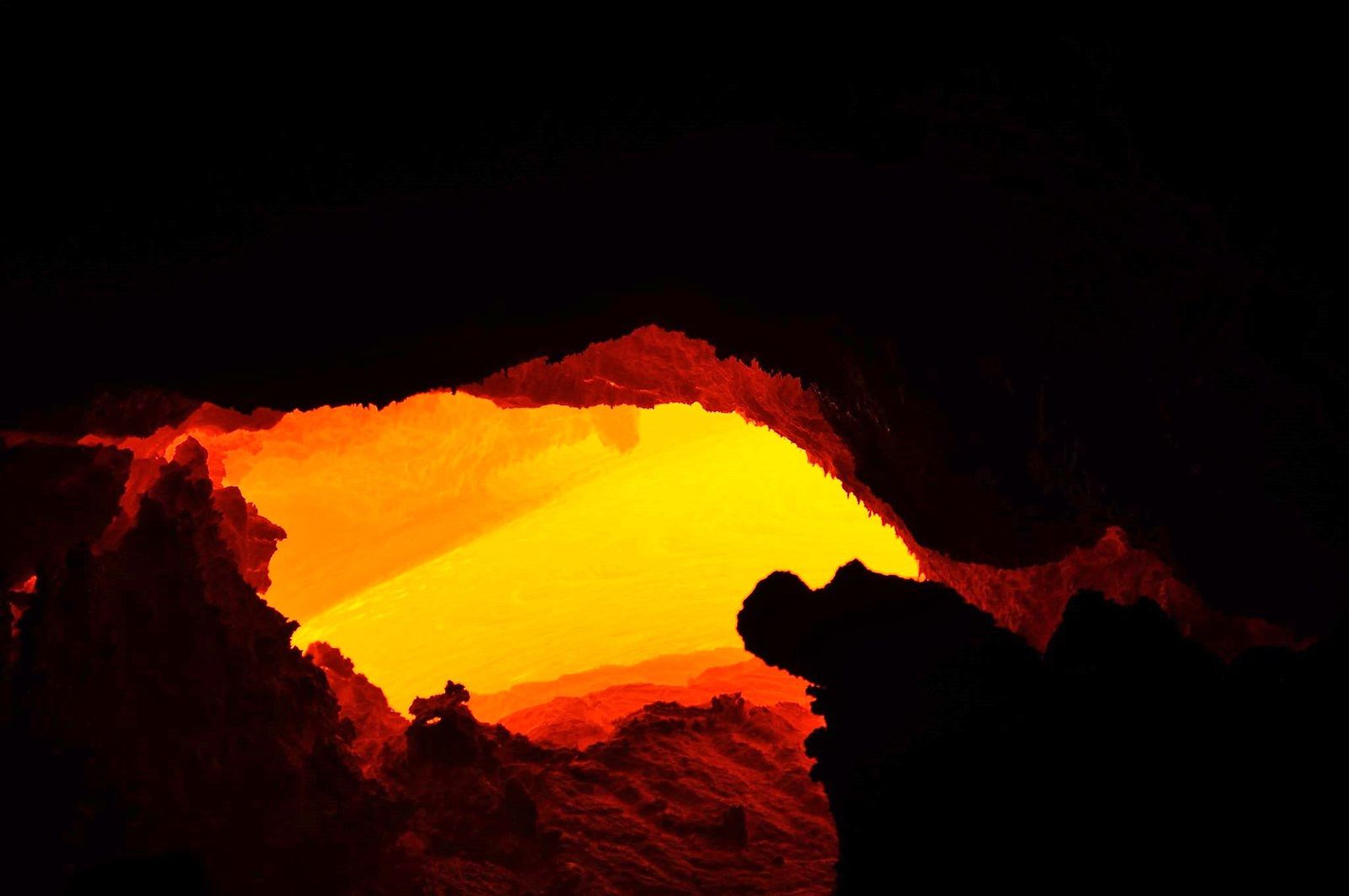 Piton de la Fournaise - 07 & 08.05.2018 - the skylight # 1, where "the lava river of extraordinary fluidity flows in absolute silence, ph" nomène due to the sound insulation of the walls as much as by the perfect flow that allows the heat of the tunnel. " - commented photo of Cédric Normand

Rarely, they witnessed the opening by collapse of another skylight (# 2) just ten meters from the base of the cone, and under an exposure to slag falls ... "we proceeded by team of two to limit the weight around the skylight that we had seen crumbling at the very beginning, a partner to scrutinize the falling slag, and another to admire the inside of the skylight " he says.

- Many thanks to Cedric Normand and Mathieu Carrier for sharing photos and impressions.