The eruption continues in the eastern rift zone of Kilauea, where the middle portion of the crack system is the most active. At the level of the flows, three sea lava entrances are reported between Pohoiki bay and MacKenzie State Park;

Fissures 7 and 21 feed a pahoehoe flow advancing eastward over most of the area between Leilani Blvd, Mohala st. and the line of cracks. Note the presence of a sparkling lava pond perched at fissure 7. 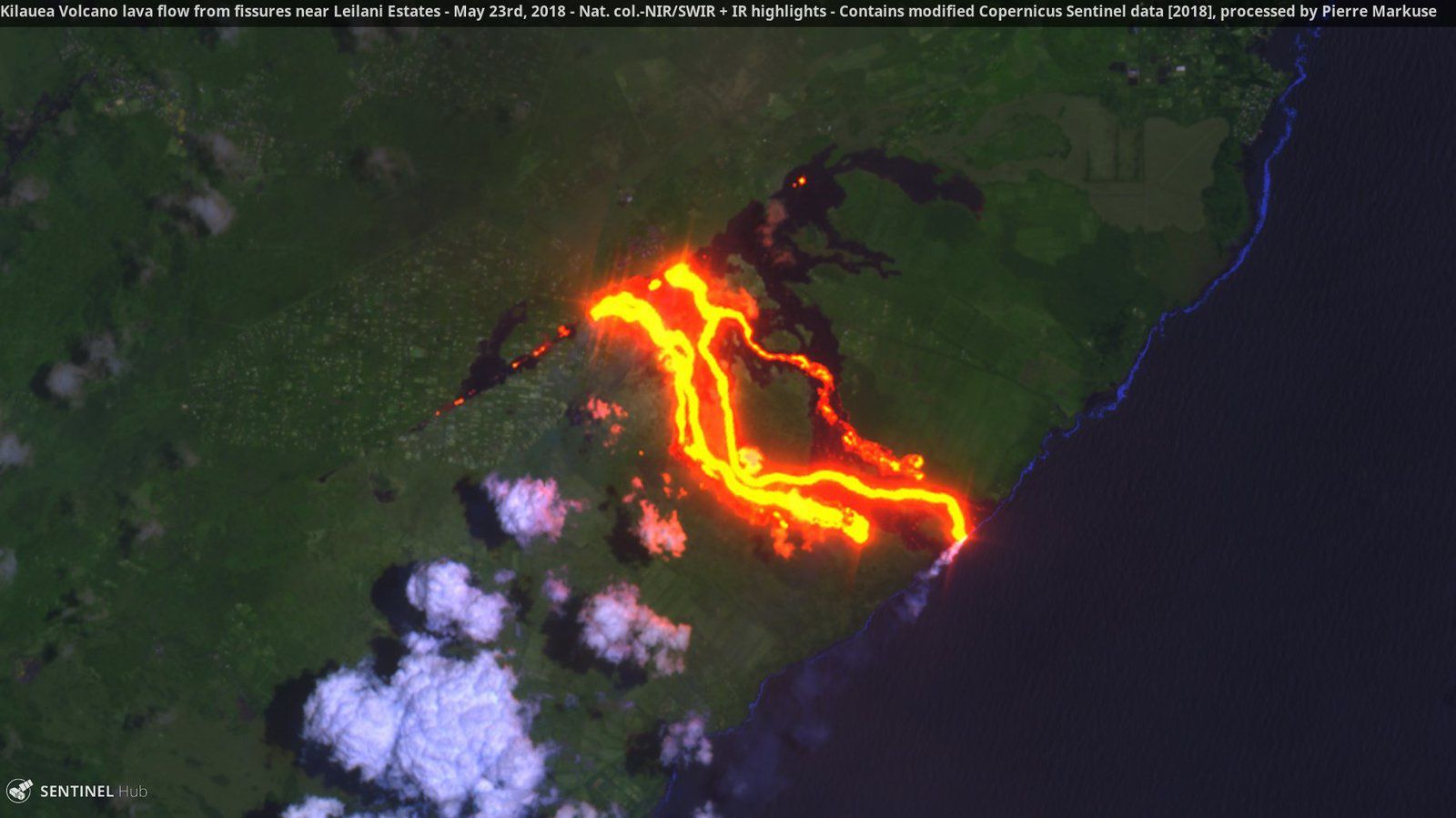 An explosion marked the crater Overlook, May 25 at 5h04 GMT and was accompanied by a plume of ash that rose to 3,000 meters asl. before moving to the southwest. 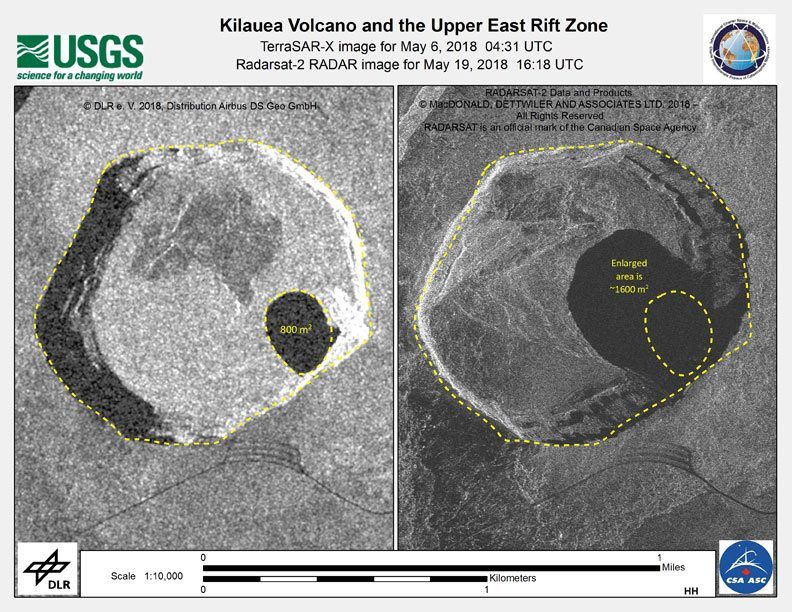 Kilauea summit - radar images of the summit caldera with its ash-covered areas and alterations within Halema'uma'u / Images USGS / CSA 19.05.2018

The radar of the crater of Merapi indicates for May 25 a max. 63°C.

A dense degassing marks the crater, rising between 30 and 75 meters above the crater.

The alert level remains at 2, with a prohibited area of ​​3 km radius The analysis of samples produced by the May 21 eruption by the laboratories indicates the presence of more acidic magmatic components than the material ejected during the previous May 11 eruption. The equipment produced on May 21st is therefore "new" material coming from inside the volcano, whereas concerning the previous eruption, the material had "old" characteristics and a close origin of the surface / the crater. The Insivumeh informs an important lahar in the Rio Cabello de Angel / Santiaguito Volcano this May 24 from 21:30, detected by the seismic station STAT G3 despite bad weather conditions.

Its characteristics are: 18 meters wide and 3 meters high, with fine volcanic material, large blocks between 40 and 60 cm, and trunks and branches in its front part. 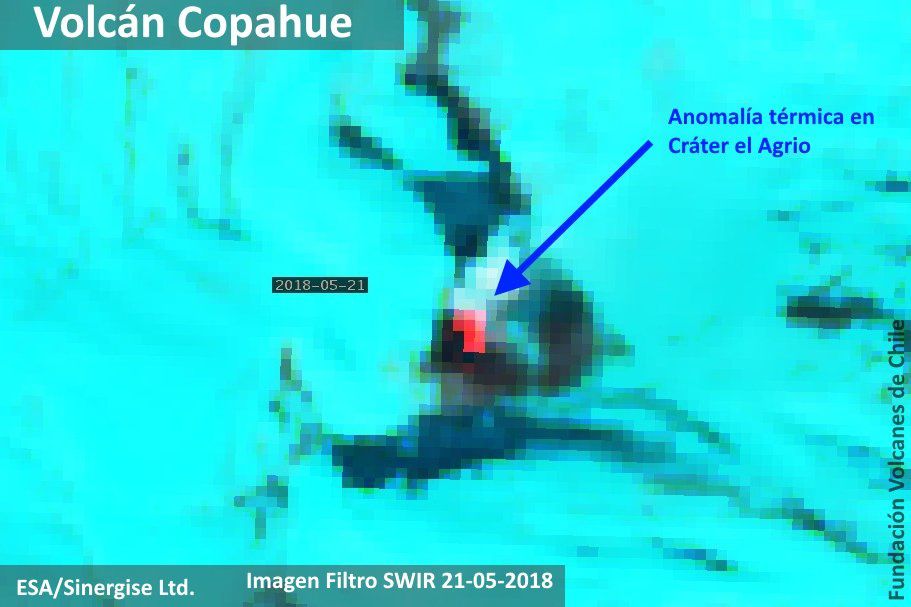 An incandescent is visible in the crater from the Caviahue camera in Argentina.