In Kilauea, after weeks of inflation, the floor of the crater of Pu'u O'o collapsed on April 30, 2018, between 14h and 16h30 in two episodes visibles on a thermal camera located on the edge of the crater.

Bad weather conditions prevented the observatory teams from flying over the crater or observing this activity.

The collapse caused the release of a large amount of reddish ash around the Pu'u O'o for several kilometers on the 61 g lava flow.

Following this collapse, seismometers and tiltmeters recorded an increase in seismic activity and deformation from the summit area of ​​Kilauea to an area between 10 and 16 km east of Pu'u O'o; during the night, this activity continued to spread along the rift zone to the east and the highway 130 to 30 km ... marking an area potentially at risk of eruption.The strongest earthquake of the sequence was of magnitude 4, south of Pu'u O'o 'on April 27 at 2:39.

The location of this risk zone will determine the prediction of lava flows. 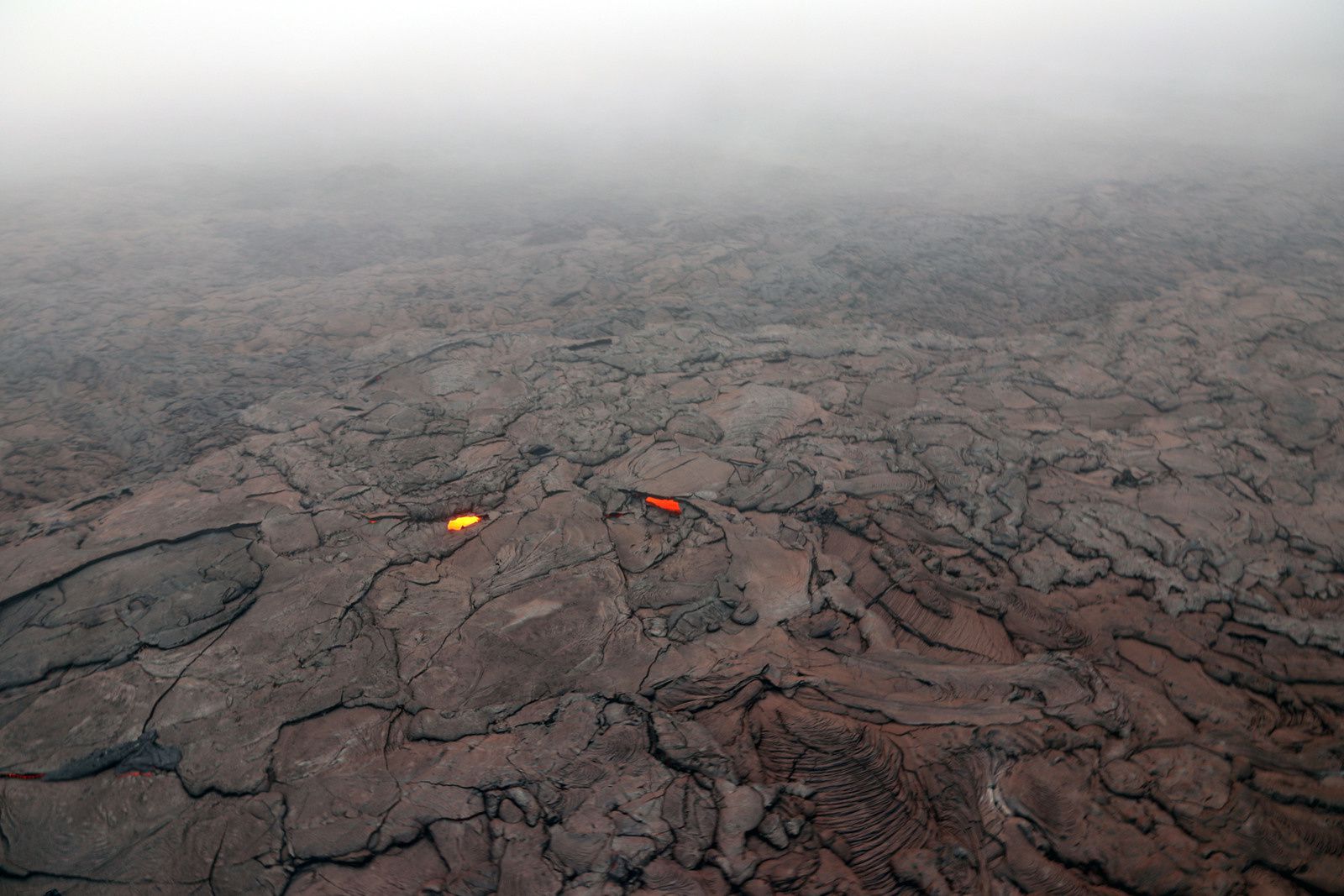 Kilauea - The collapse caused the release of a large amount of reddish ash around the Pu'u O'o for several kilometers, on the 61 g lava flow - photo HVO - USGS 01.05.2018

Kilauea - earthquake depth on the eastern rift zone between 24.04.2018 and 01.05.2018 - the size of the circles represents the magnitude of the earthquakes and the color indicates their depth - Doc. HVO - USGS

A new ladder crack, of 1 km long, has opened to the west of Pu'u O'o, characterized by heavy outgassing. She released a small amount of lava, according to the presence of small areas of spatters; she is no longer active. The level of the upper lava lake, located in the Halema'uma'u crater, has dropped 15 meters, suggesting an intrusion from the summit area during the weekend into the Pu'u O'o magmatic system towards the East; summit deflation supports this mechanism.

The volcanic alert level remains at Watch and the aviation code is orange. Residents of Puna must remain alert and monitor information on the status of the volcano. A new eruptive phase seems to have started in Pacaya / Guatemala. The seismicity and the tremor, on the rise, indicate a magmatic contribution which results in an explosive intense activity, with 20-30 explosions per hour, with ejections of incandescent materials at 15-50 m. at the bottom of the crater.

Insivumeh expects new lava flows typical of the activity of this volcano. The event was not commented on in the PVMBG report . Gunung Marapi, on the island of Sumatra, experienced another eruption on May 2, 2018 at 7:03 am WIB; it was accompanied by a gray and thick plume, rising straight under strong pressure at 4,000 meters above the summit. The seismic recording lasted until 8 am. WIB.

This eruption follows that of April 27, when the ashes rose less high, 300 meters, but spread over Tanah Datar 12 km from Kawah Verbeek (the eruptive center) The eruption started on April 27, 2018 at 11:50 pm local time at Piton de La Fournaise continues for the 5th day. The intensity of the volcanic tremor (indicator of eruptive intensity at the surface) is still relatively stable

The surface flows estimated from the satellite data, via the HOTVOLC platform (OPGC - Clermont Ferrand), recorded today were in the order of 1 to 3 m3 / s.

A very slight deflation of the volcano begins to be recorded on the OVPF deformation sensors. This parameter will be followed in the next few days.

No volcano-tectonic earthquakes have been recorded in the last 24 hours under the Piton de la Fournaise building. (OVPF)

Aline Peltier anticipates a 2018 year "active": "It is always very difficult to know if an eruption will last or not.We know that we still have a lot of magma just waiting to go out.If the eruption was s 'stop quickly because of a problem of conduit, we would expect a significant activity of the volcano in 2018. " (Linfo.re interview)

- Traffic jams, wild and messy parking, and the abandonment of trash by the many visitors, tarnish the image of this eruption.

- Despite the easy accessibility of the eruptive site, and the training previously received by the guides, nothing is set up yet to allow an exit in the enclosure to admire the show closer. 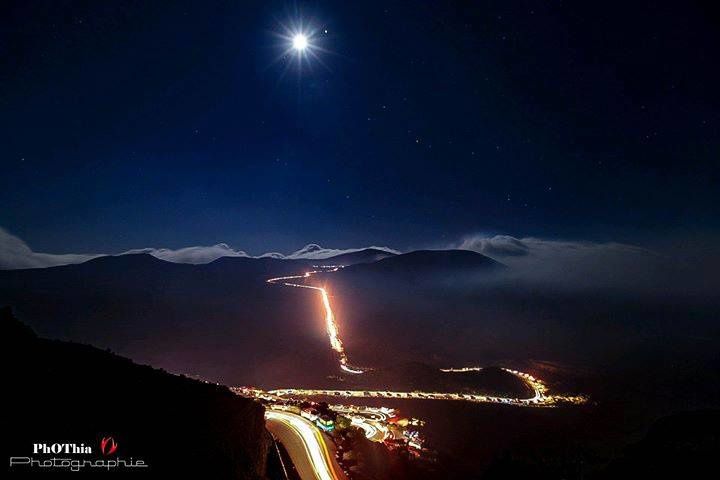