At Kilauea, high rates of seismicity and deformation are observed on the rift zone east of Pu'u O'o; this activity is related to a continuous magmatic intrusion of the East rift zone towards Highway 130.

The seismic activity lasted all day, before decreasing slightly since midnight in the area of ​​the Highway.

May 2 at the start of the day, a GPS station located 1.5 km SW. Nanawale Estates moved north. Cracks appeared in some roads, witnesses of the surface stress related to the intrusion. 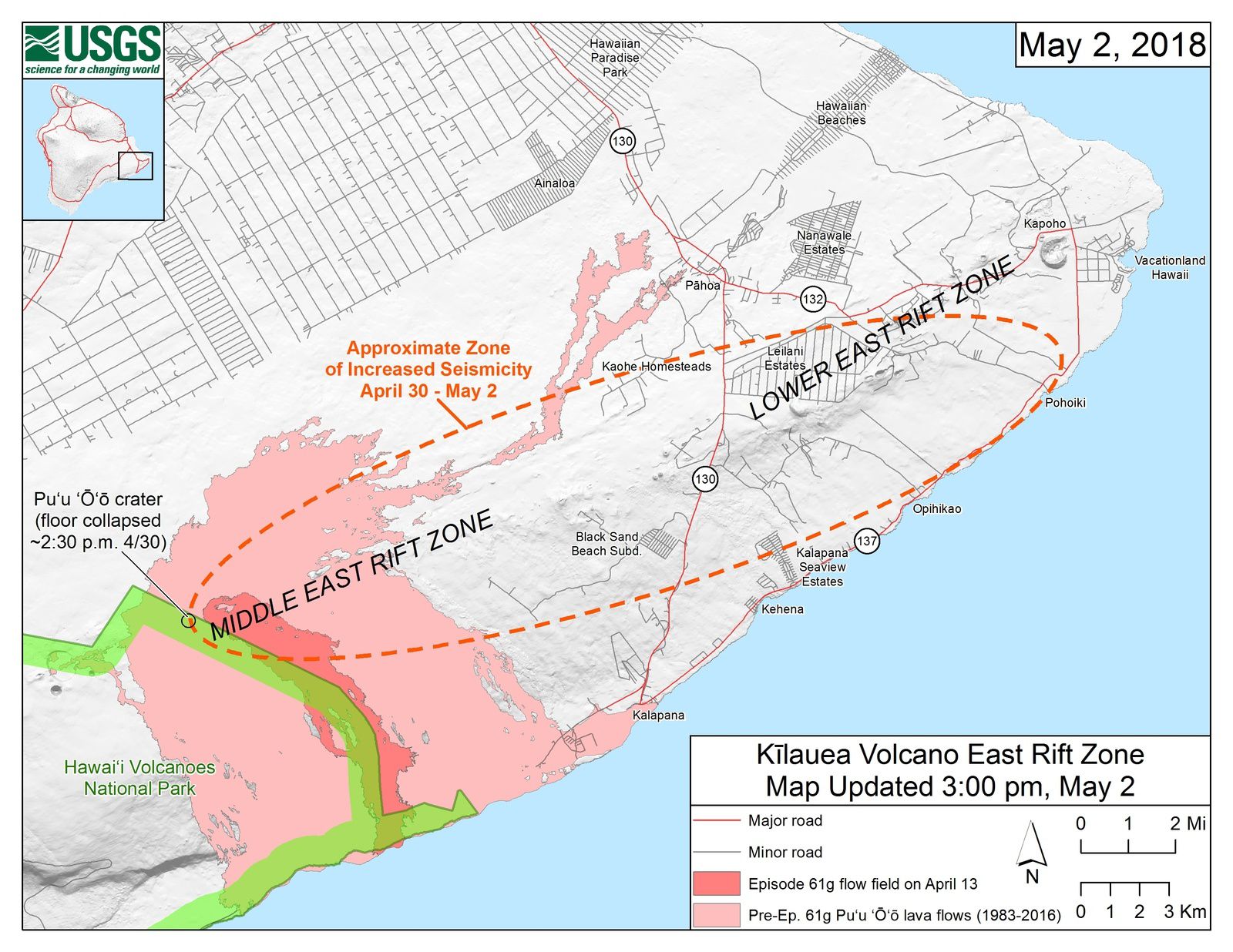 A tilt meter experienced deflation, interspersed with periods of sudden inflation, in connection with the continuous episodic collapse of the Pu'u O'o floor, and ash plumes rising briefly from the crater.

The tiltmeters of the summit begin to record increasing deflation since the afternoon of May 2, the level of the lava lake has dropped about twenty meters.

The surface flows on the lava field 61 g ceased their advance on the 1st of May; it seems that the casting 61 g will no longer be fed by the Pu'u O'o lava.

Residents of Puna District must remain vigilant and follow the information on the state of the volcano. The Kalapana observation area is closed and under close surveillance. 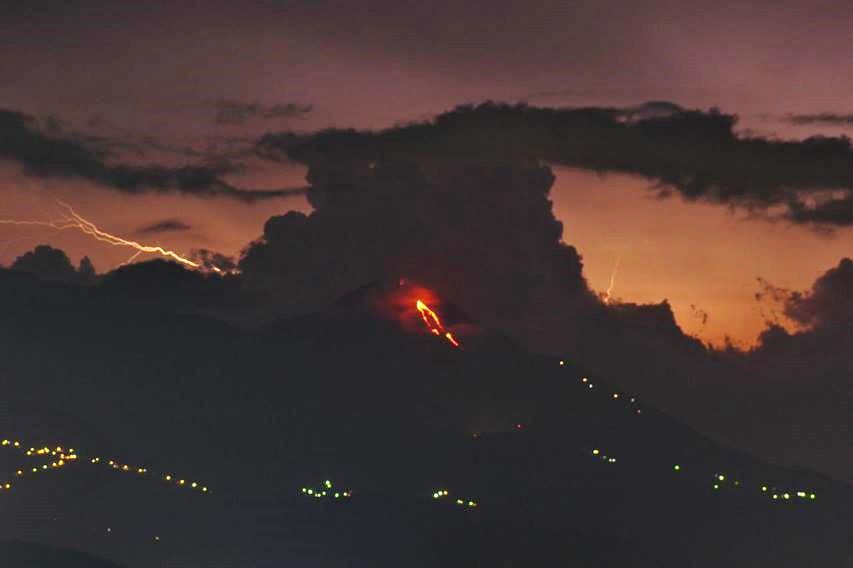 At Pacaya, strombolian explosions are accompanied by ejection of incandescent materials at 15-50 meters, and fallout at a distance between 2 and 3 km. The lava flows towards the northwest and the ancient crater of Cerro Chino about 500 meters.

Bluish-white degassing is observed between explosions, as well as nighttime glow. Pacaya - 02.05.2018 - Strombolian activity and lava flows, with a storm in the background - photo Conred At Piton de La Fournaise, the eruption started on April 27, 2018 at 11:50 pm local time continues. The intensity of the volcanic tremor (indicator of eruptive intensity at the surface) is still relatively stable.

A very slight deflation (deflation) of the volcano begins to be recorded on the OVPF deformation sensors. This means that the volume of magma coming out of the reservoir to feed the eruption is greater than the volume of magma that replenishes it. This parameter will be followed in the next few days.

The Monthly Activity Bulletin is available by following this link. At Karymsky, a moderate explosive activity continues, spotted by satellite.

A cloud of ash moves to the southeast for 36 km.

The aviation code remains orange, because of possible ash explosions that can rise to 5-6 km. 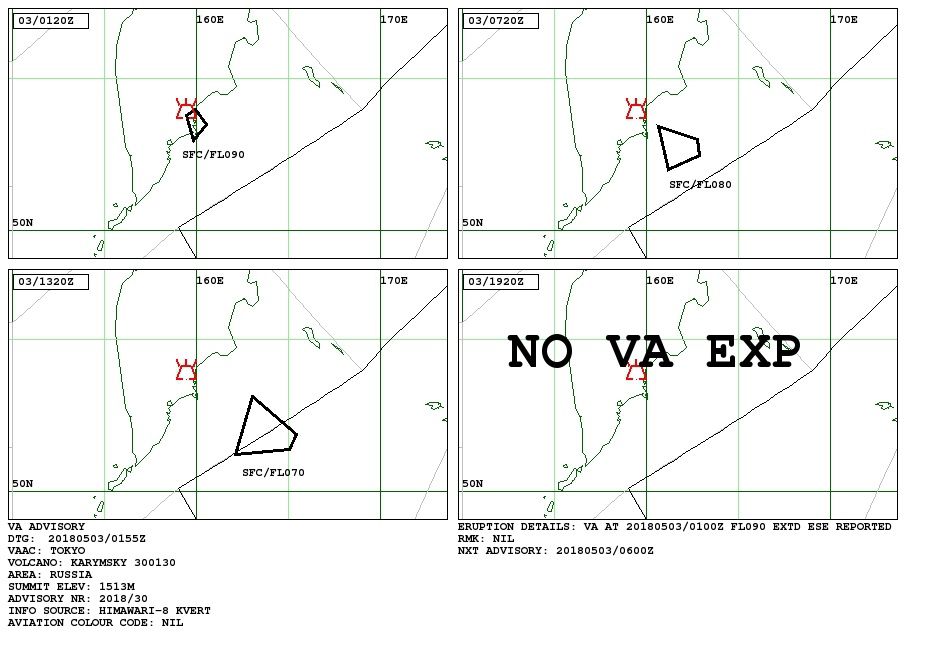 A sad anniversary: ​​Ten years ago, the eruption of Chaiten / southern Chile began. An article will be dedicated soon. 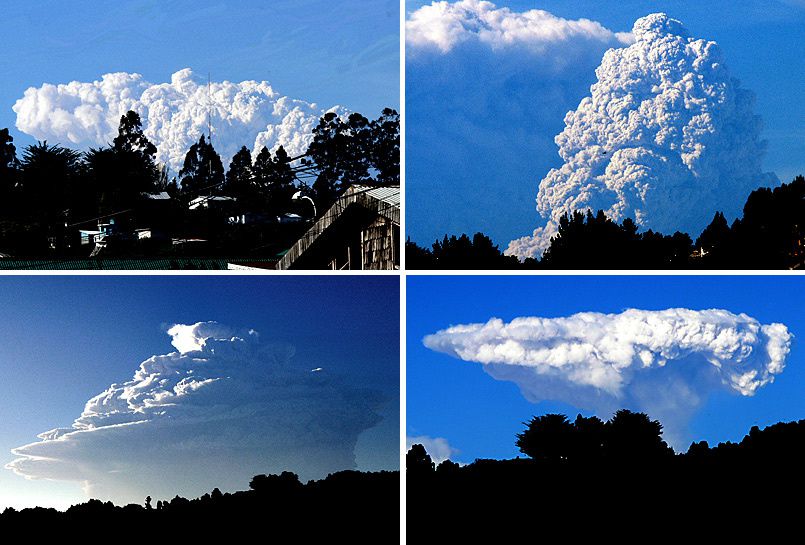 Anniversary of the Chaiten eruption in May 2008