The eruption of Chaiten ten years ago.

Before its eruption in May 2008, the Chaiten was little known to the inhabitants of southern Chile, and little studied by geologists and volcanologists ... and it was not believed capable of producing pyroclastic surges, pumice flows and massive falls of tephra.

This small volcano, 900 meters high, had a caldera 3 km wide, located on the west side of the Michinmahuida volcano; the caldera, breached to the southwest by a river that drains it to the Corcovado Gulf, contained a rhyolitic lava dome and small lakes.

It was only after its explosive eruption in 2008 that its history was identified. It was first thought that its last eruption was 9,400 years ago, then different studies reduced the date between 1625 and 1658 (GVP - Lara & al., 2013 based on ash contained in deposits of lahars east side of the volcano) The Chaiten in 2003, before the eruption, dominating the city of the same name - doc.Nasa 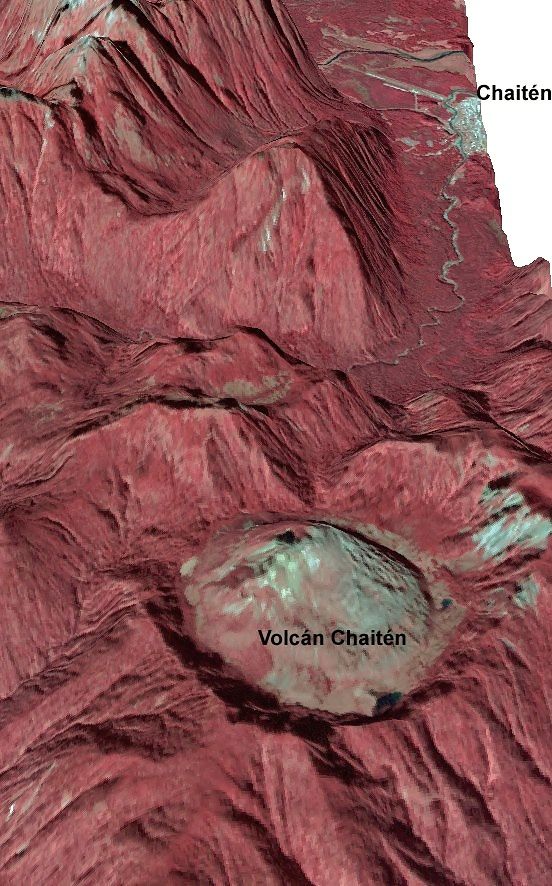 On the morning of May 2, 2008, after an increase in regional seismicity on May 1, a subplinal explosive eruption was accompanied by an ash plume that rose to more than 20,000 meters.

Ashes were projected the following days at about 10,000 meters altitude.

On May 6, the intensity of the eruption increased dramatically, with ash clouds reaching 30,000 meters, according to NASA. During this phase, presumably due to a partial collapse of the eruptive column, or an explosive lateral activity, pyroclastic flows descended the northern flank of Chaiten, destroying several thousand hectares of forest.

Then, the intensity of the eruption has decreased until May 21, with plumes up to 10 km, before we observe the extrusion of a dome on the northern flank of the old, converted into a cone of tephra, and the presence of different open vents running may on this ancient dome. 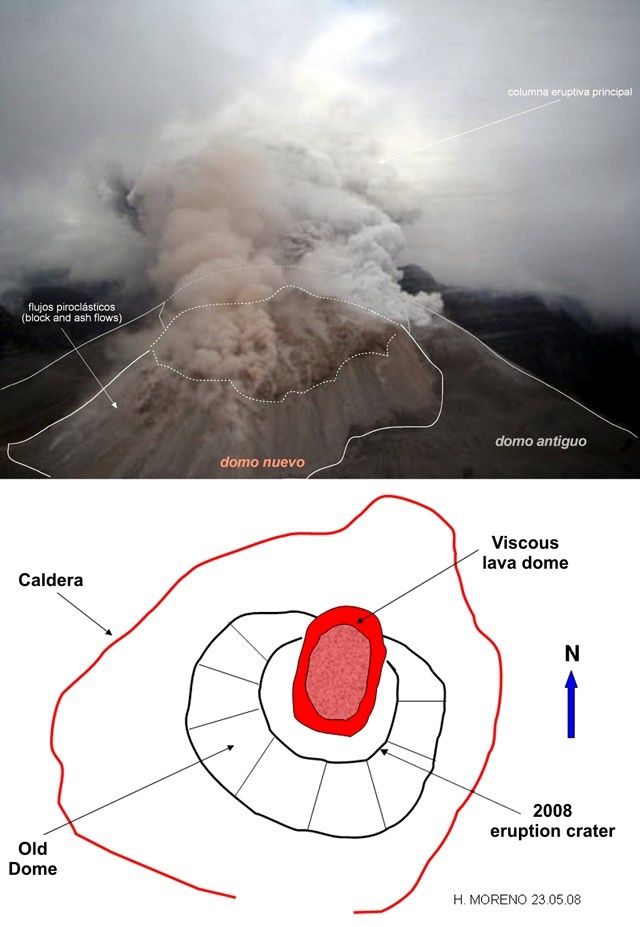 Chaiten - evolution of the domes on 21.05. 2008 - the photo is towards the south; the sketch in the opposite direction. - Doc.Sernageomin

In July, the activity moved south, where a new dome completely covered the south side of the pre-eruption dome.

The analysis of the ashes by the Argentine Geological Service attests to a rhyolitic volcanic activity, explosive by nature. 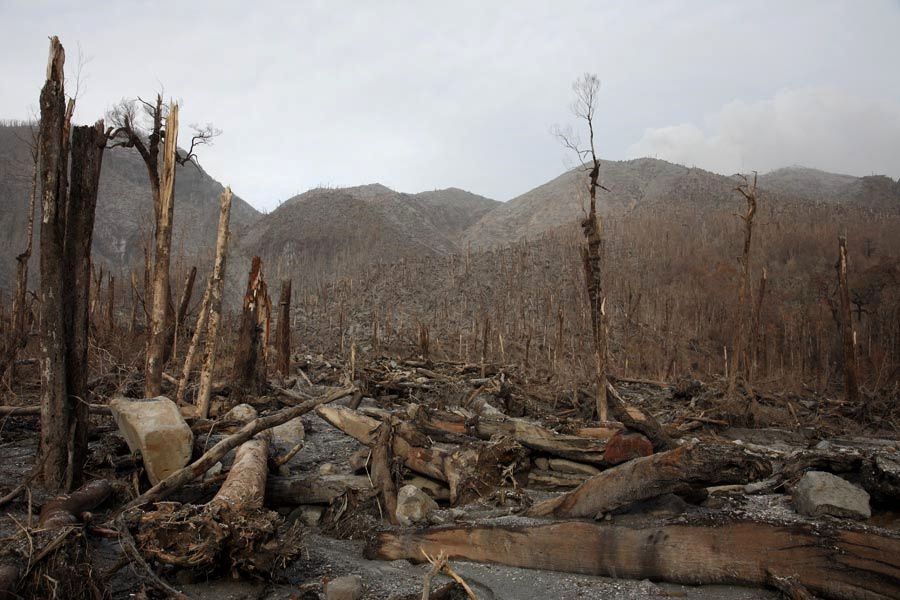 The Chilean government declared a state of emergency on May 2 and began evacuating residents of Chaiten and nearby settlements within a 50-km radius.

Residents were allowed to return in early July to recover their property, in a city that remains deserted, with the exception of police patrolling. Many residents have lost almost everything and blame the government for low priorities during the evacuation, lack of warning about lahars and inadequate levels of compensation. The eruptions then continued, accompanied by high plumes of ash, the extrusion of a new dome on the north flank of the old, degassing and gravitational collapses of the unstable parts of the new dome resulting in pyroclastic flows, and lahars.

In May 2011, the Sernageomin reported a drop in seismic activity and an absence of evolution of the lava dome complex; the alert level is lowered to level 2. The Global Volcanism Program mentions May 31, 2011 as the eruption end date (Global Volcanism Program, 2011. Report on Chaiten, Chile) In: Sennert, SK (ed. ), Weekly Volcanic Activity Report, May 18-May 24, 2011.) 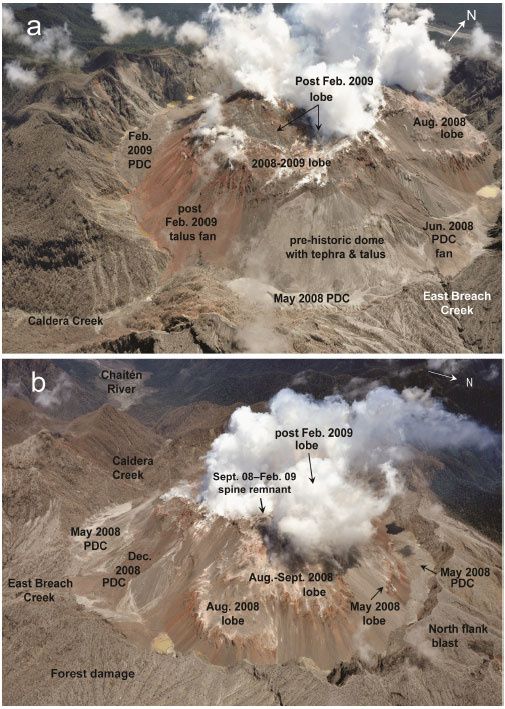 Chaiten - aerial photos of the complex of domes following the partial collapses of February 19 and September 29, 2009 - courtesy of OVDAS-SERNAGEOMIN; photo and interpretation by Jorge Muñoz in GVP 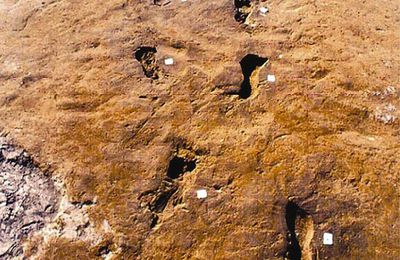