Update on the eruptions of La Fournaise and Kilauea. 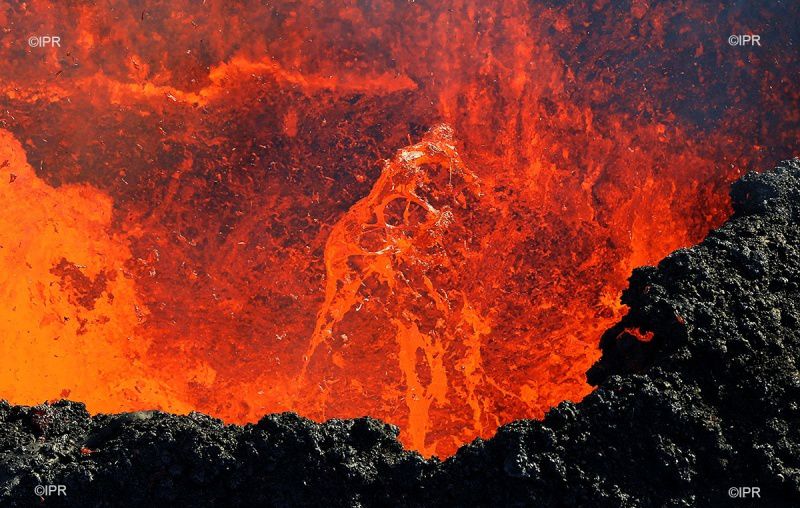 The eruption started on April 27, 2018 at 11:50 pm local time at Piton de La Fournaise continues. The intensity of the volcanic tremor (indicator of the eruptive intensity at the surface) is very slightly down for 48 hours.

The surface flows estimated from the satellite data, via the HOTVOLC platform (OPGC - Clermont Ferrand), recorded today were between 1 m3 / s and 2 m3 / s.

No volcano-tectonic earthquake has been recorded in the past 24 hours under the Piton de la Fournaise building.

A team from the Observatory, on the ground, reported at 14:30 (local time) an activity focused on the central vent (as in previous days), lava flows only in lava tubes and sporadic projections. In addition, some small fires have been identified at the foot of the rampart west of Piton Bert.

It is interesting to compare each time the images in natural light and those made by Nicolas Villeneuve with the FLIR camera. 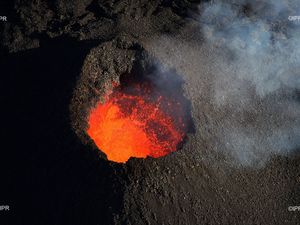 The point after a week of eruption, by Nivolas Villeneuve: the eruption can last ! / OVPF

At Kilauea, the eruption in the lower East Rift zone in Leilani Estate continues and concerns one or two crack segments since the end of last evening. A lava flow advanced from crack #8 from 5am. HST and progressed 900 meters to the NNE.

During the last 12 hours, soil deformation suggests a pause in magmatic accumulation in the distal part of the intrusion. Summit deflation continues, as does the level of the Overlook Lava Lake. The crater of Pu'u O'o does not contain active lava.

The two craters are the site of rockfalls during seismic aftershocks. Kilauea East Rift area - 05.05.2018 / 6am - opening of the seventh fissure near the intersection between the Leilani and Makamae roads; sending a plume of more than 1,200 meters - photo Bruce Omori / Fine Exposure Fine Art / Paradise Helico 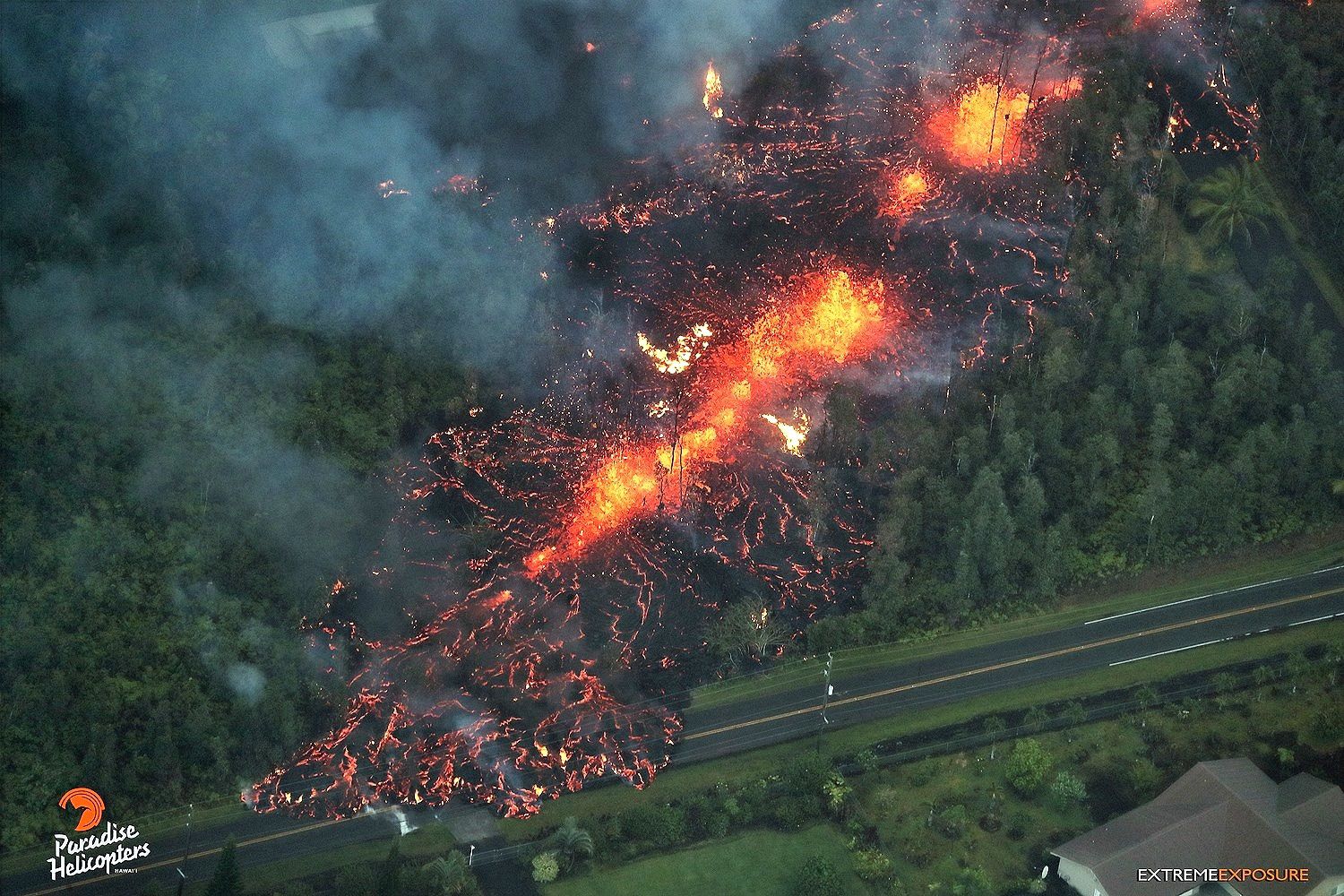 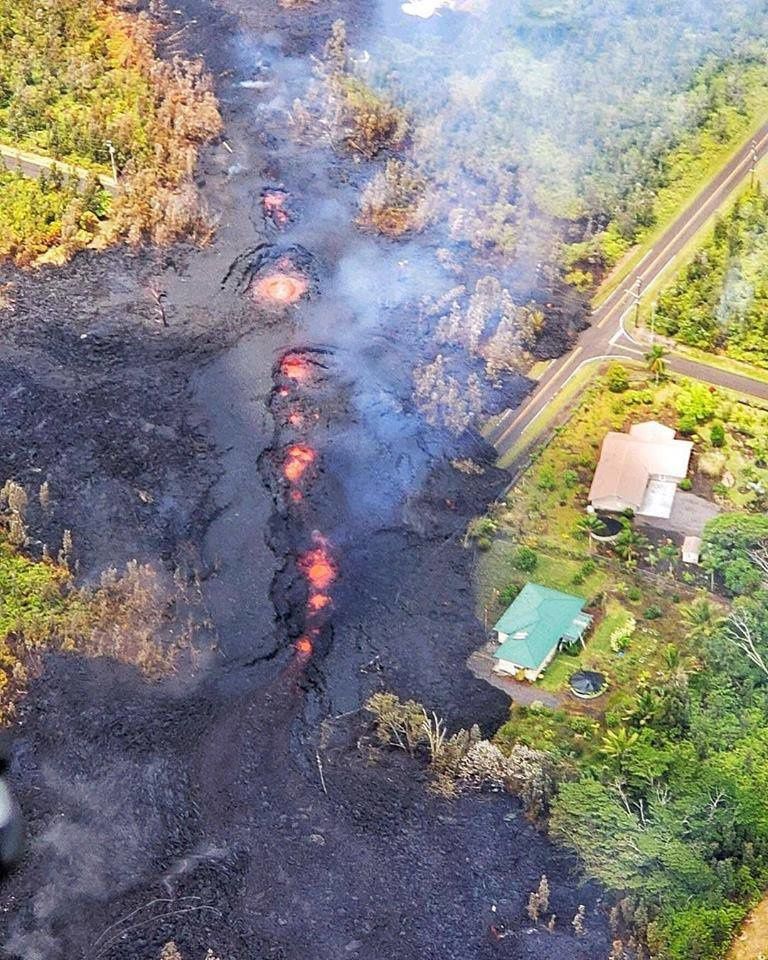 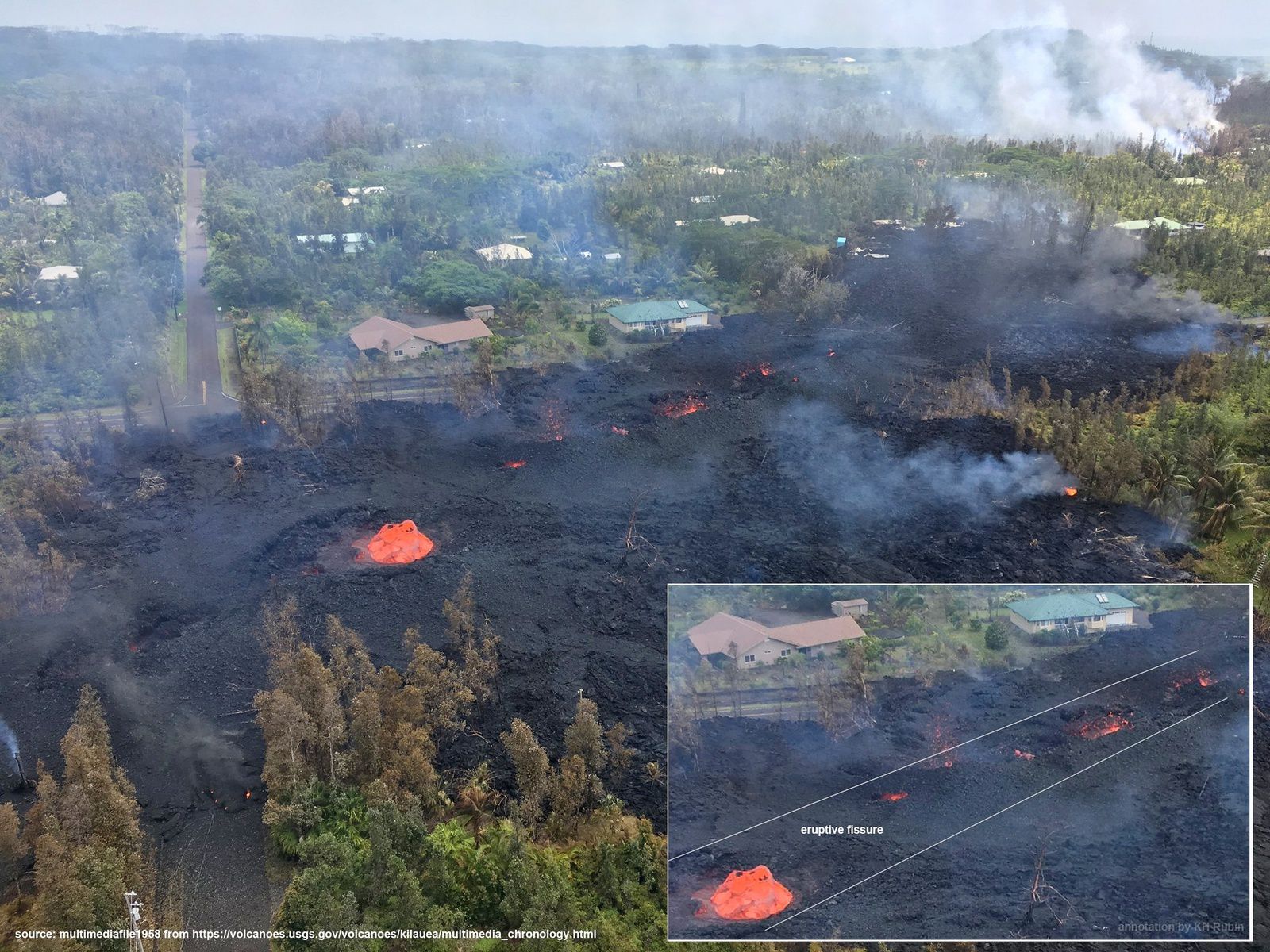 Kilauea - Halema'uma'u - 06.05.2018 The summit lava lake has dropped significantly over the past few days, and this evening was roughly 220 m below the crater rim.- HVO