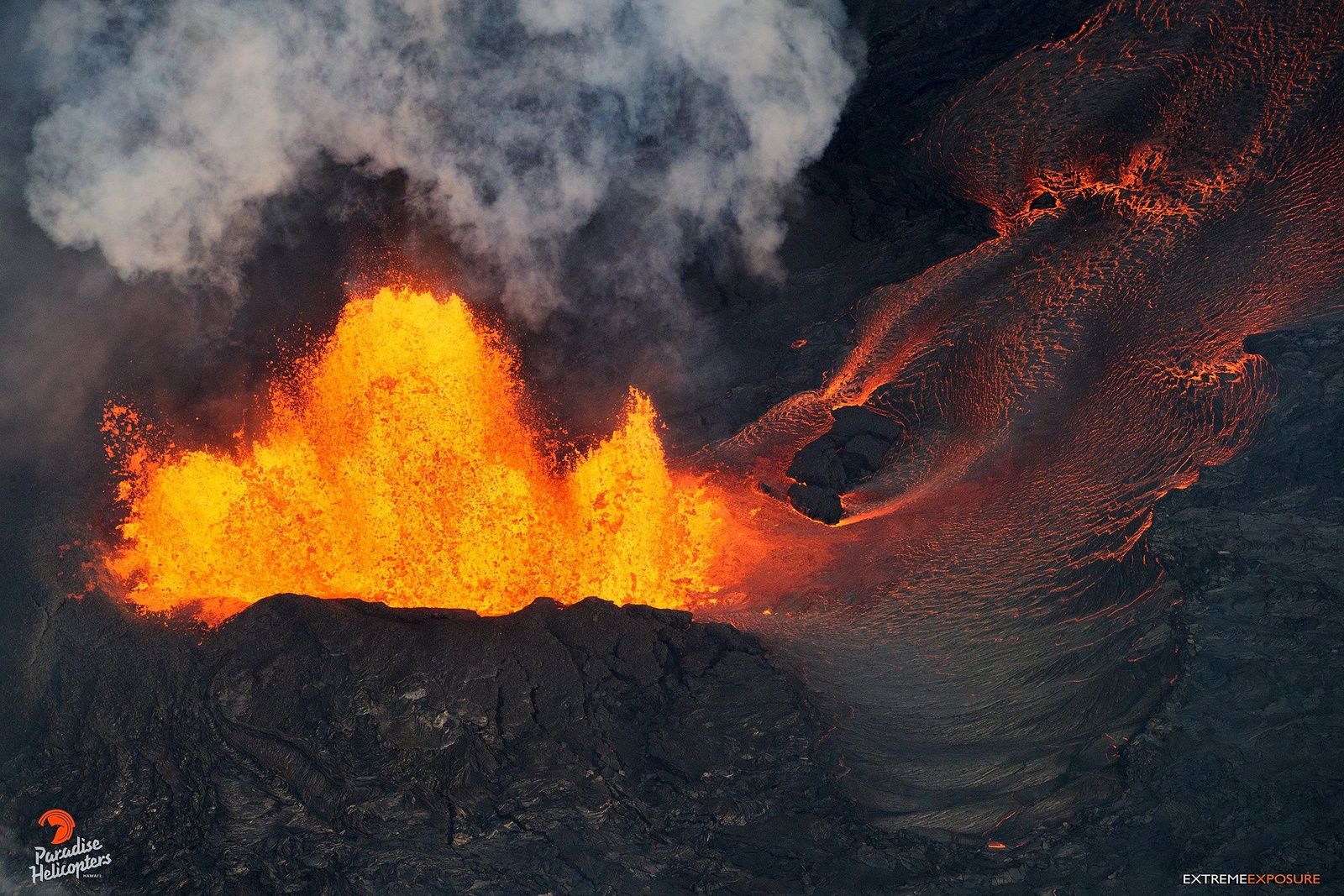 .Eruptive activity in the eastern rift zone of Kilauea concentrated on 2 June on two fissures, # 8 and #16.

Fissure 8 continues to feed a northeasterly flow along Highway 132 to Four Corners.

At 10am, the lava entered Green Lake ... and at about 3 pm, HFCD confirmed that the lake had been filled and the water had evaporated; a large flow continues towards the ocean.

Around 7:30 pm, the intersection of Four Corners is crossed and the casting moves to the ocean in Kapoho Beach Lots, according to the Civil Defense.

There is no access to Kapoho from Highway 132 and 137, Government Road Beach remains open to Wa'a Wa'a and Papaya farms to authorized residents. 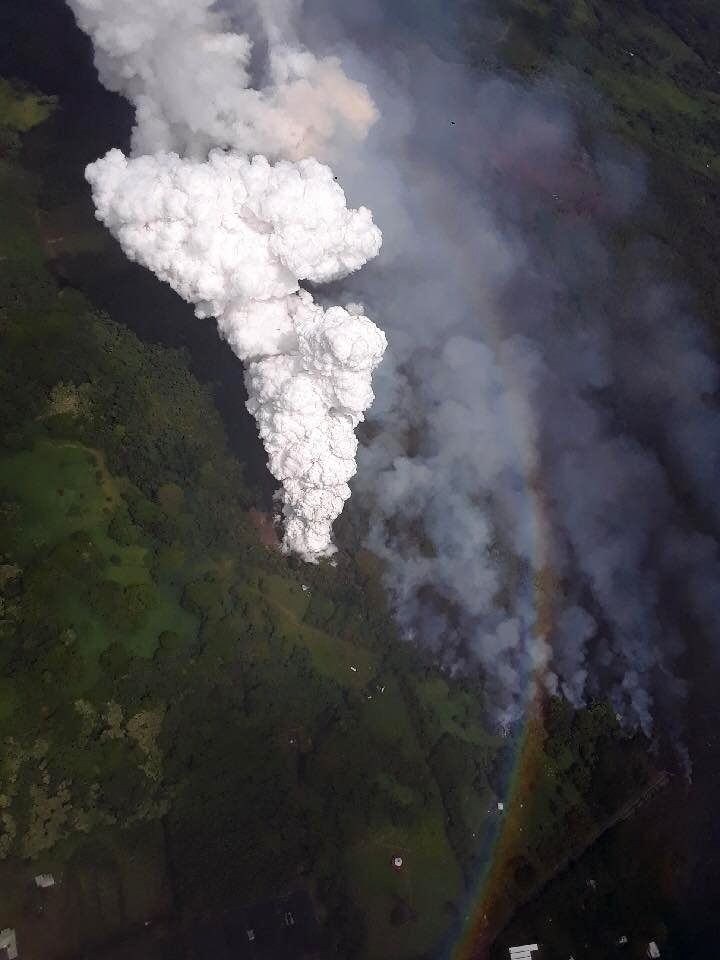 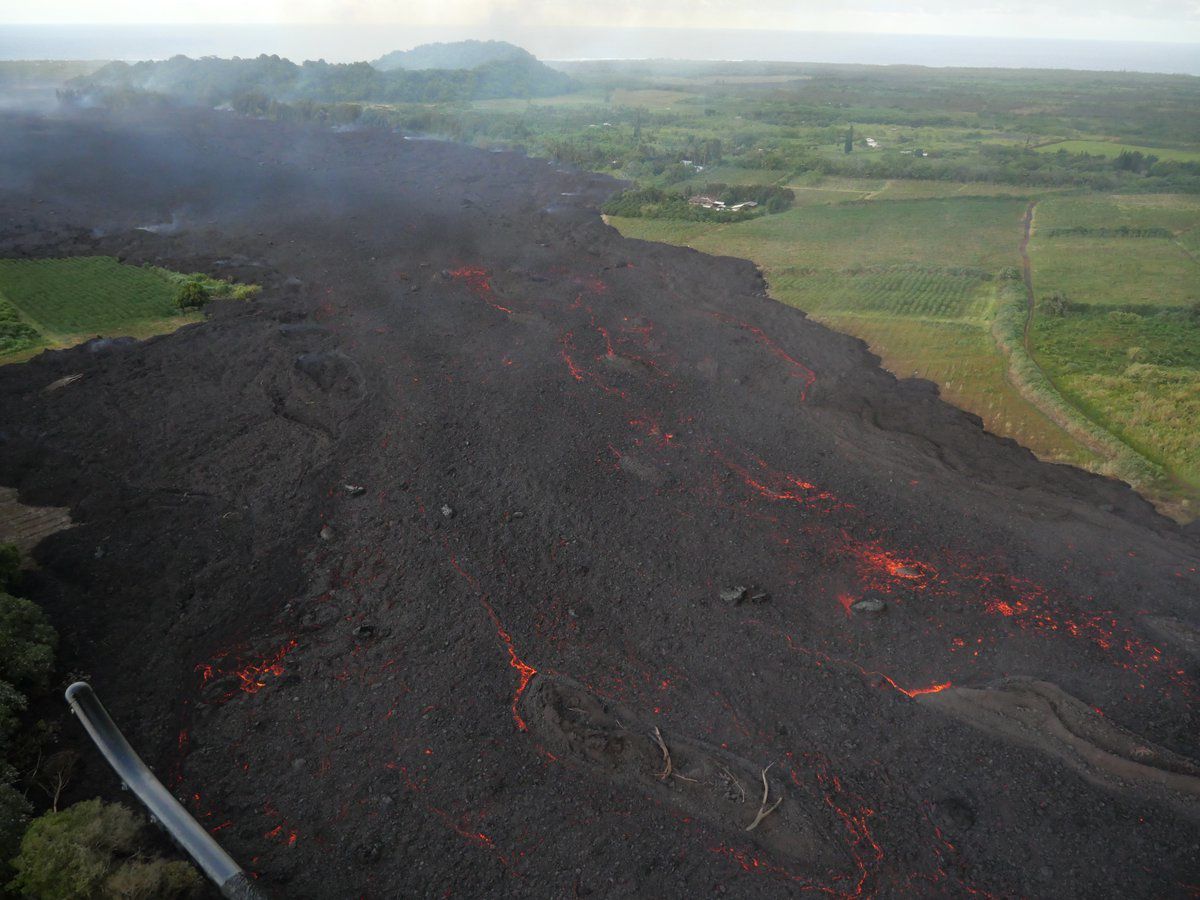 Volcanic gas emissions from the fissures remain high and are carried by the winds to the south and west of the island of Hawaii.

The crack 16 is weakly active.

The activity at the summit remains calm, characterized by low emissions, whose gas content remains high. 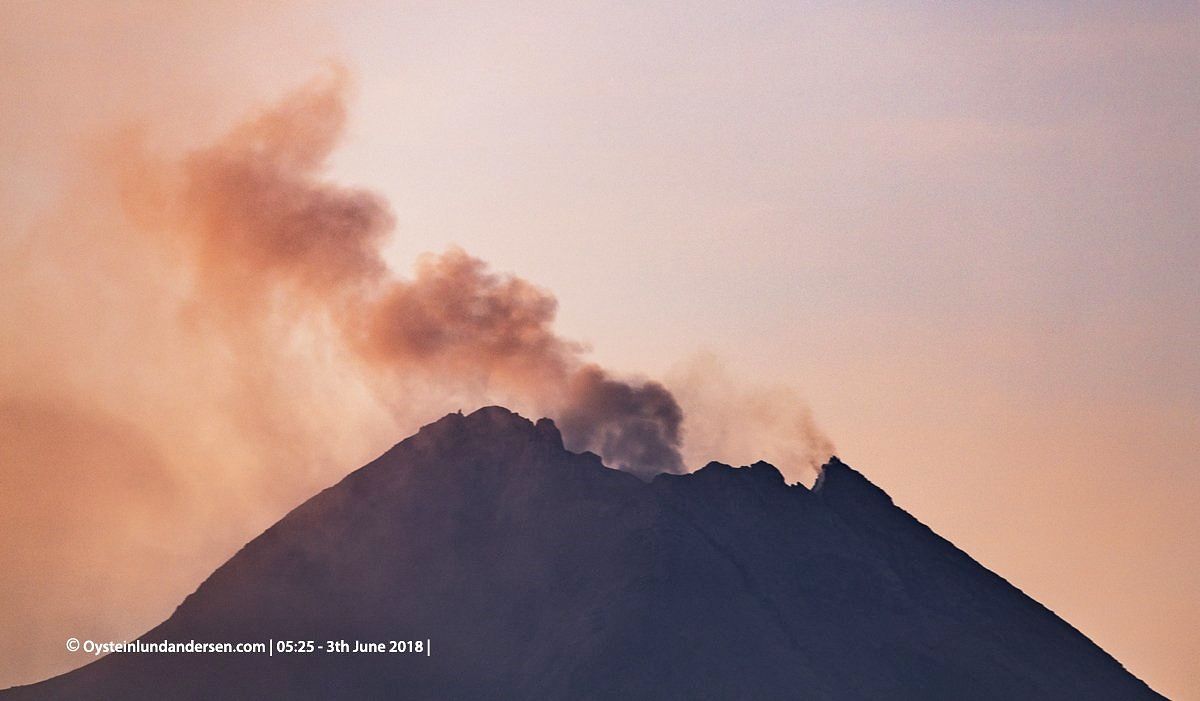 The BPPTKG reports a small ash drop, issued by Merapi, in the district of Selo on June 3, at 5:50 am. Rare news from Afar and Erta ale at the end of May.

According to the satellite data, the activity is concentrated in two points: the old lava lake in the summit caldera and the distal lava field. 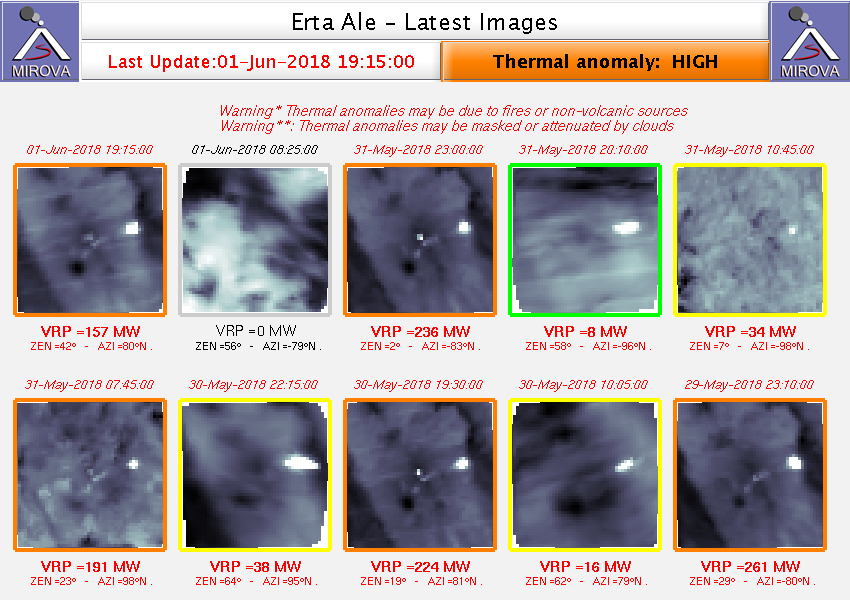 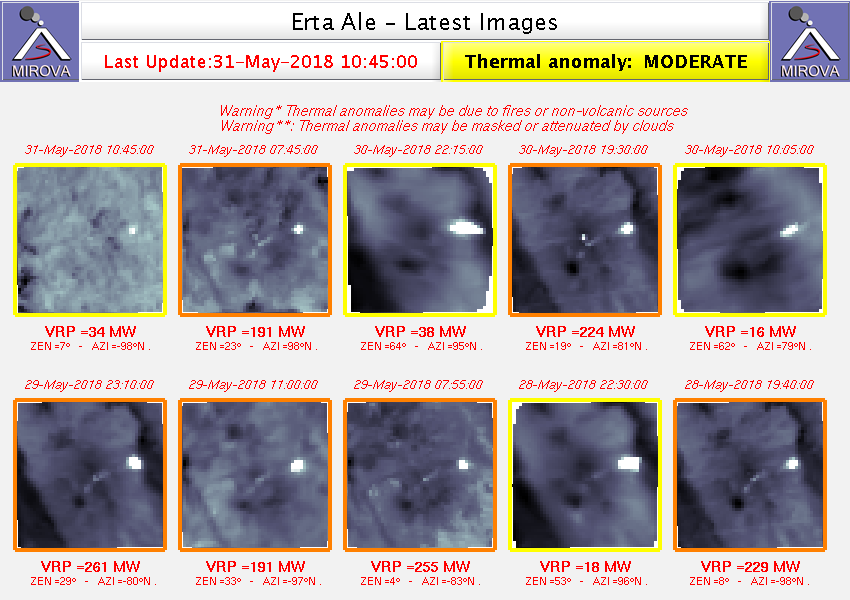