Activity of Agung, Fuego and Kilauea.

Agung's activity continued in the afternoon of June 28, with the emission of plumes of gas and ash at 1,500-2,000 meters above the crater.

Nighttime glow, due to the effusion of lava in the crater, lit up the plume reaching 2,000-2,500 meters during the night. 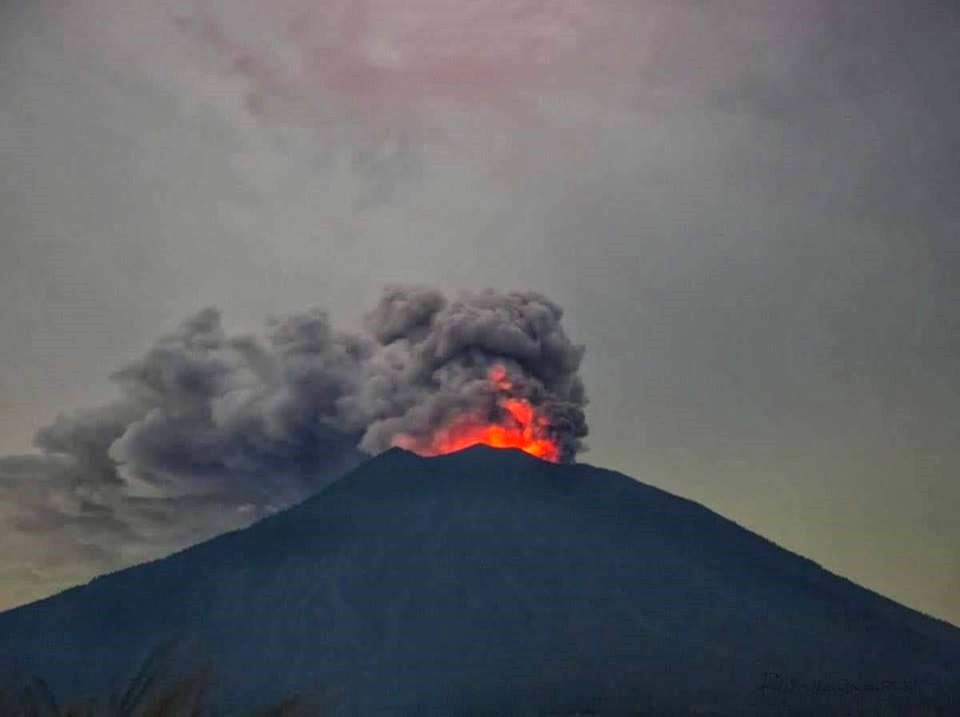 In the morning of June 29, a plume of an average height of 1,500 meters always surmounted the summit, with a distribution of ash less than the day before.

The alert level remains at 3 / siaga, with an exclusion zone of 4 km. At the aerial level, the VONA is orange, and flights began to be canceled by various companies in the afternoon of June 28th.

The BNPB announces the closure of Ngurah Rai airport on June 29th from 3am to 7pm WITA; Banyuwangi and Noto airports are closed until 17h. 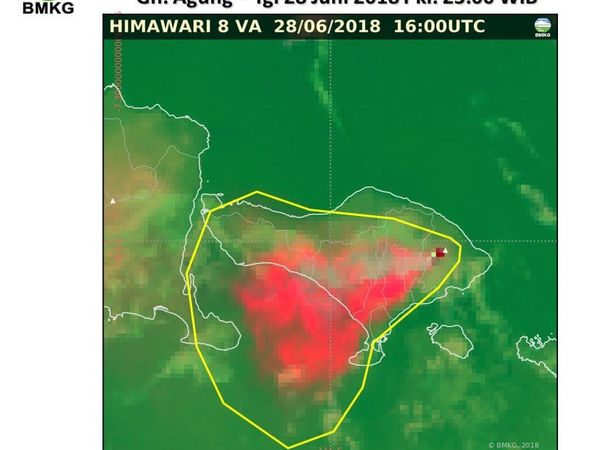 In Guatemala, CONRED has maintained the red alert level for municipalities around Fuego, including Escuintla, Chimaltenango, Sacatepéquez, Alotenango, Yepocapa and Santa Lucía Cotzumalguapa, while at the national level, the level remains in Orange. Insivumeh recorded 4 to 7 weak to moderate explosions per hour, accompanied by gray ash plumes between 4,200 and 4,400 m asl. dispersed towards a large west-southwest sector. Moderate avalanches are observed on the southeast flank, as well as falls of fine particles on Sangre de Cristo and Yepocapa. In the east rift zone of Kilauea, the lava fountains within the spatter cone, 55 meters high, on the fissure 8 continue to feed the lava flow, which presents only small intermittent and ephemeral overflows, not extending further than the pre-existing lava field.

The lava enters the ocean in a large area, mainly on the north side of the zone on June 28th.

As shown by the heat map of the flow field, the lava channel intersected approximately 0.8 km inland; the lava moves under the crust and in the still melting interior of the previous flows before entering the sea. 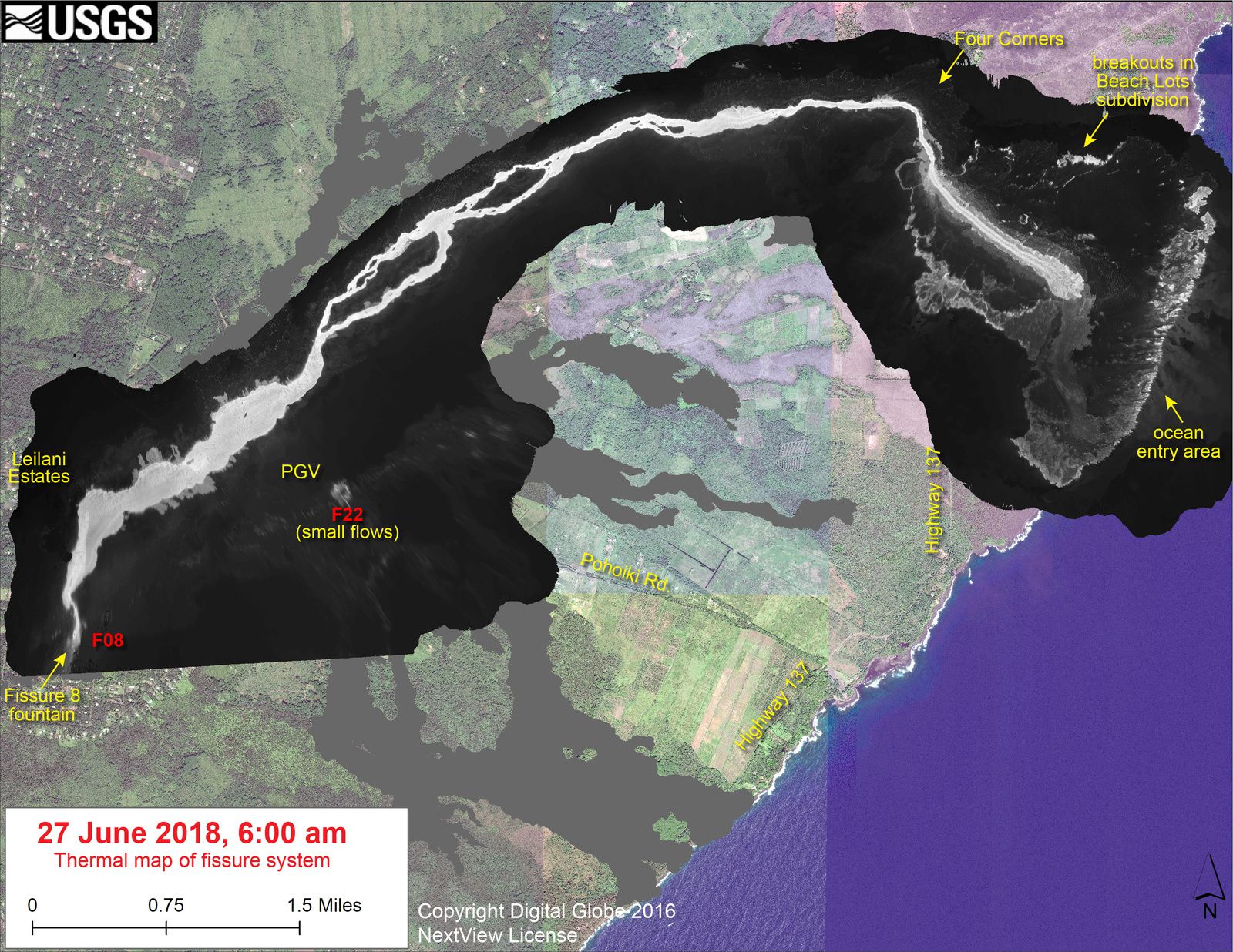 In the summit area, a collapse explosion occurred on 28 June at 4:49 HST, and produced a low ash plume of about 300 m, which drifted to the southwest. The seismicity dropped from 25-35 earthquakes per hour before the episode to 10 and below after this one.

Inward sagging of the edges and walls of Halema'uma'u continues in response to continued subsidence of the summit.