Activity of Galeras, Fuego, Kilauea and under the Vatnajökull The Colombian Geological Survey / SGC informs that despite the ongoing seismic swarm (including an earthquake of M 4.5 ke 12 June 2018) under the Galeras volcano, the level of activity of the volcano remains at level III - Amarillo, unchanged since about 7 years. Evaluations conducted after geophysical and geochemical monitoring show no significant change.

The seismicity continues to be located in an area between 1 and 8 km NE of Galeras, and at a shallow depth of 1.2 to 7.5 km from the summit (reference level 4.200 meters asl)

It is recalled that the seismicity recorded since the end of May and in particular since the morning of the 12th, concerns a tectonically active zone where the geological faults coexist with the structure of the Galeras Volcanic Complex, and for this reason, the denomination of this type of earthquakes is volcano-tectonic. In Fuego, heavy rains led to hot lahar in Santa Teresa Barranca and Rio Mineral, a tributary of Rio Pantaleon. Large of 20 to 25 meters and 2 meters high, and carrying fine and pasty materials, blocks of 3 meters in diameter and trunks, it caused vibrations in passing.

At 17:40, a lahar descended the river Ceniza. Other lahars are reported in Taniluya and Las Lajas barrancas, about 30 to 45 meters wide and 3 meters high. 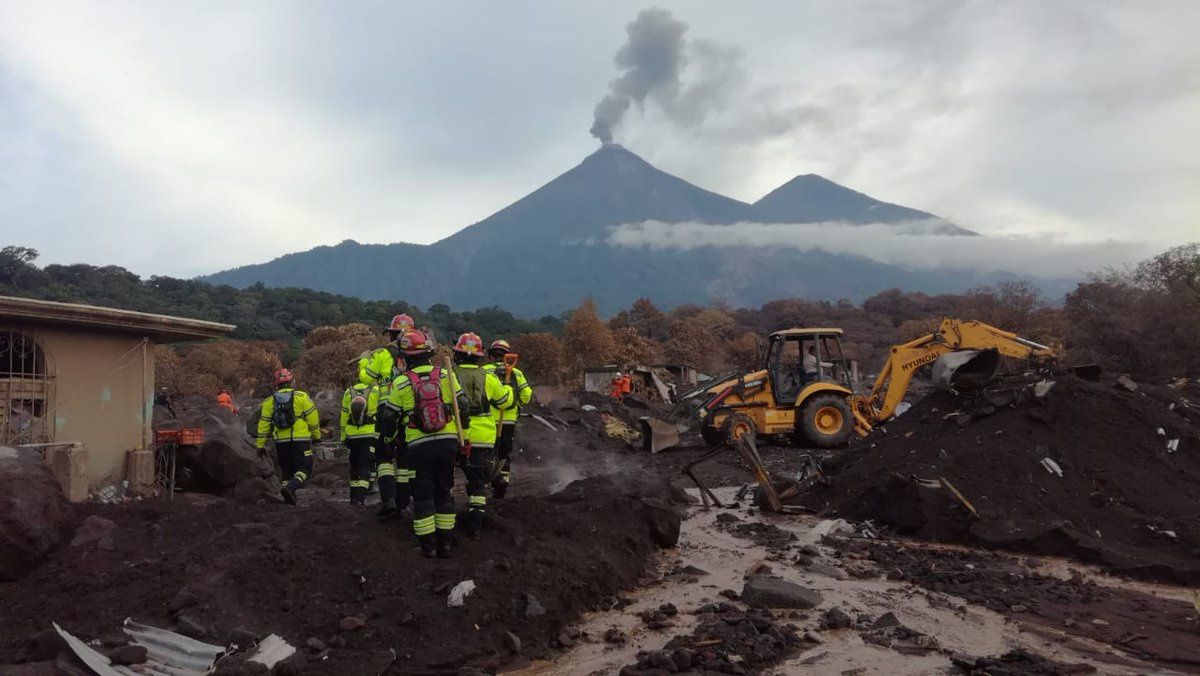 In the East rift zone of Kilauea, the lava fountains of fissure 8 continue to reach heights of 60 meters inside the cone of ash and projections, which now reaches about 49 meters at its highest point. The Fissure 8 lava continues to follow the well-established channel leading to the ocean at Kapoho, with rare and rare overflows. An overflight early afternoon confirmed that vent and channel activity continued without significant changes. Kilauea East rift zone - The Fissure 8 viewed from the north at 7:50 AM. The cone is roughly 50 m (165 ft) high at is peak, and a plume of sulfur dioxide and other volcanic gases rises as an orange tinge from the erupting lava fountains (hidden within the cone). Lava is still flowing out of the vent unabated as a full channel. To the left of the cone, a standing wave of lava can be seen in the channel.

It's moving under the Vatnajökull, in Iceland!

At Grimsvötn, a breakup of the subglacial lake began on June 8th, characterized by a rise in the water level of the Gígjukvísl River, a higher conductivity and consequent H2S levels. The breakup reached its peak on June 14, and began to decline. No signs of eruption.