The Puyehue-Cordón Caulle is put on alert Amarilla this 20 June 2018 - Doc.Sernageomin

The alert level of the volcanic complex Puyehue-Cordón Caulle was raised to 2 / amarilla (on a scale of 4) on June 20, 2018 following an increase in seismicity since early June, when 272 earthquakes were recorded.

The presence of a relatively shallow laccolite / magmatic body, set up during the previous VEI 5 ​​eruption in 2011, could lead to an imbalance of the system.

Among the major volcanoes that make up this complex are the Cordillera Nevada caldera, the Puyehue stratovolcano and the Cordón Caulle fissural volcano. In addition, other centers include the eroded Mencheca volcano and a series of Holocene cones and maars that are peripheral centers. Simplified geological map of Puyehue-Cordón Caulle, with date of the flows. 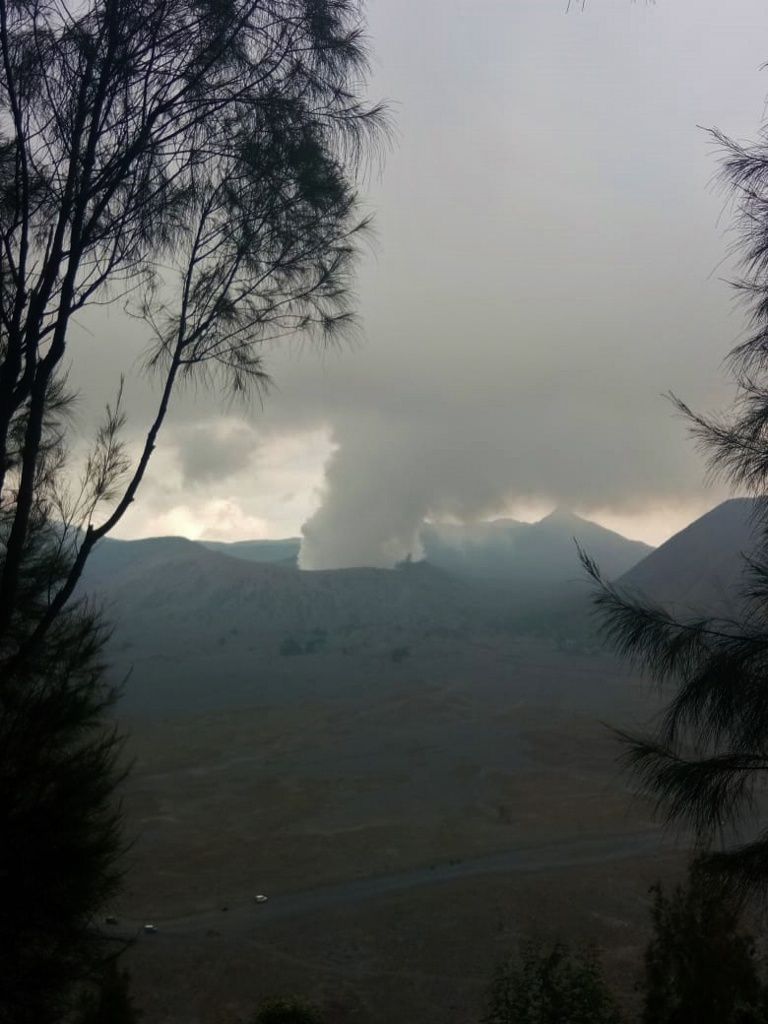 On the island of Java, there is from 19 june / 8:10 LT an emission of steam, sometimes accompanied by a small amount of ash, rising to 50-200 m above the summit of the crater of Bromo towards the south.

Seismicity is characterized by a continuous volcanic tremor of maximum amplitude. 8 mm.

The volcanic alert remains in II / Waspada since October 2016, and is accompanied by a prohibited area of ​​1 km radius around the crater (most often not respected) 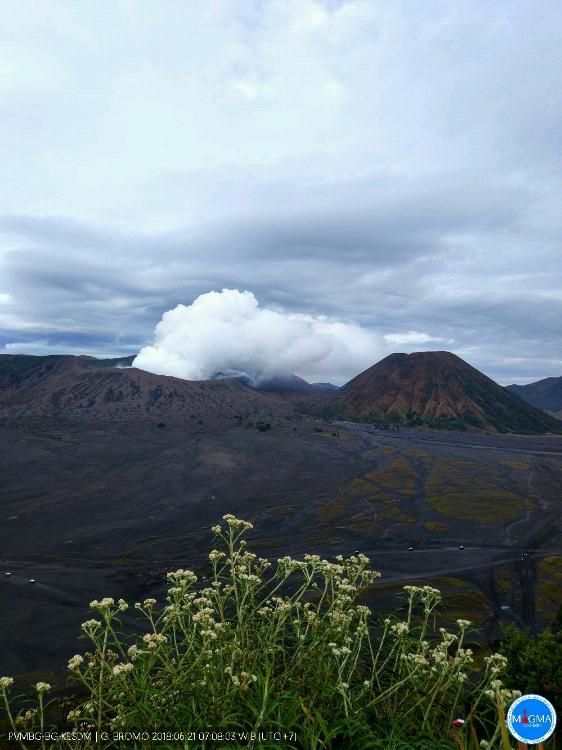 On the east rift zone of Kilauea, the lava fountains of fissure 8 continue to feed the channeled flow, where small ephemeral outflows occur, without travelling on the lava field; the gas emissions of fissure 8 remain very important and likely to bring VOG on the interior of the island.

Fissures 6 and 16 were the only ones to degas at the beginning of the afternoon on June 20th. Multiple lava entries at sea are observed, as well as a large laze plume towards the coast.

A report large blocks of lava floating ... and hissing; they stay on the surface as long as the heart remains in fusion, then sink.

At 4:22 HST, a collapse was accompanied by a small plume of gas and ashes; Inward sagging of the edges and walls of Halema'uma'u continues in response to continued subsidence of the summit.

A photo shows the enlargement of the summit crater, and the increasingly close and problematic position of the HVO and Jaggar museum installations. The USGS is making arrangements to remove as many archives and historical material as possible from the buildings.