The eruption continues in the eastern rift zone of Kilauea, where fissure 8 emits approximately 100 m³ of lava per second (8.64 million m³ per day), according to HVO estimates.

The lava flow, from the spatter cone - 55 meters high at its highest point- , and where the fountains rarely exceed this point, spread in an important perched canal in the subdivision of Leilani, before it narrows and does change the flow. A nod of thanks to the team that gratifies us every day with exceptional images: from left to right, Bruce Omori, Mick Kalber and pilot Sean Regehr - photo Hot Seat Hawaii

The lava front at the entrance to the sea at Kapoho has widened in recent days ... yesterday, the lava entered the ocean mainly in the northern part of the new delta, swallowing a few more houses.

To the south, the lava threatens Ahalanui Park and the Kua O Ka Lā charter school. 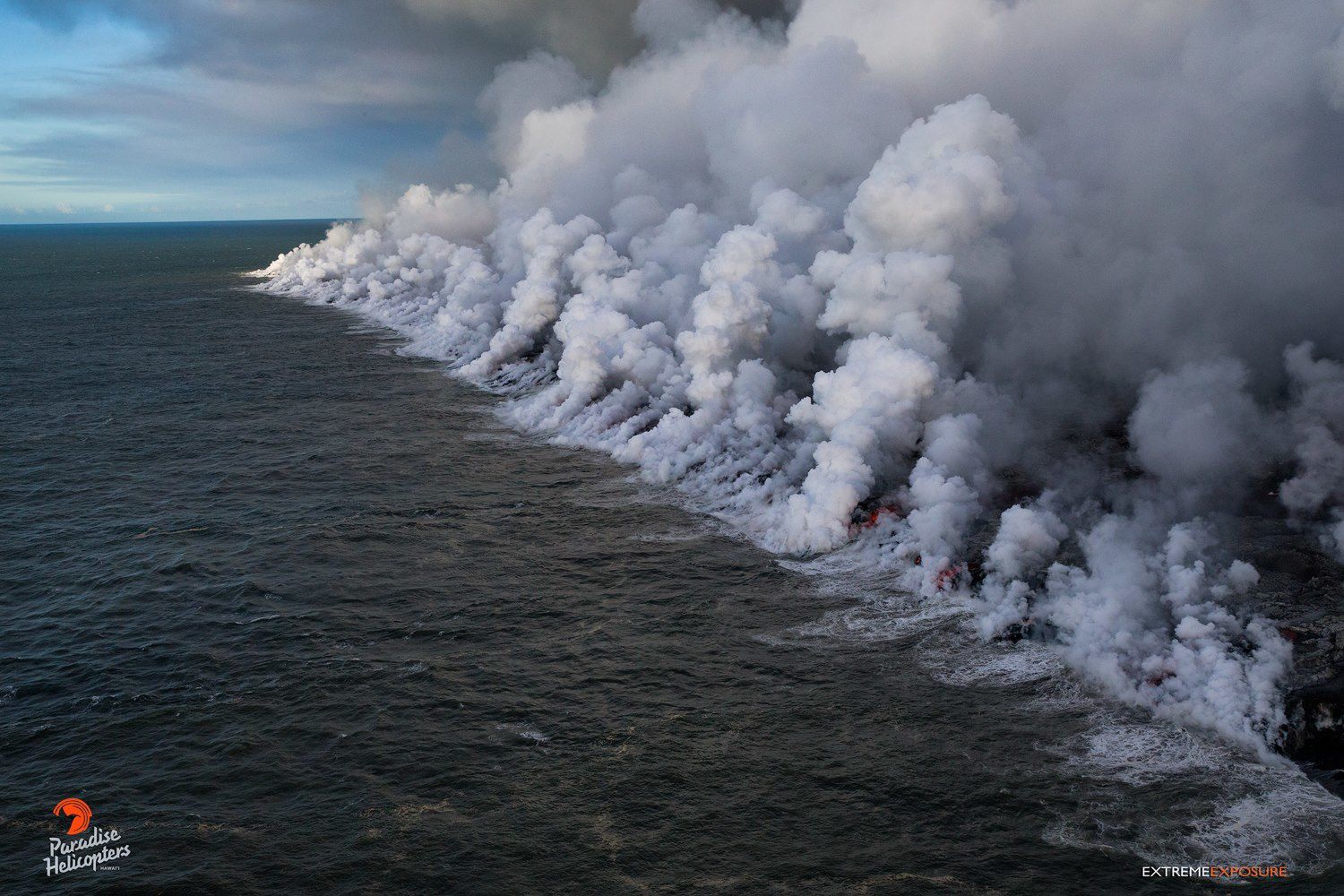 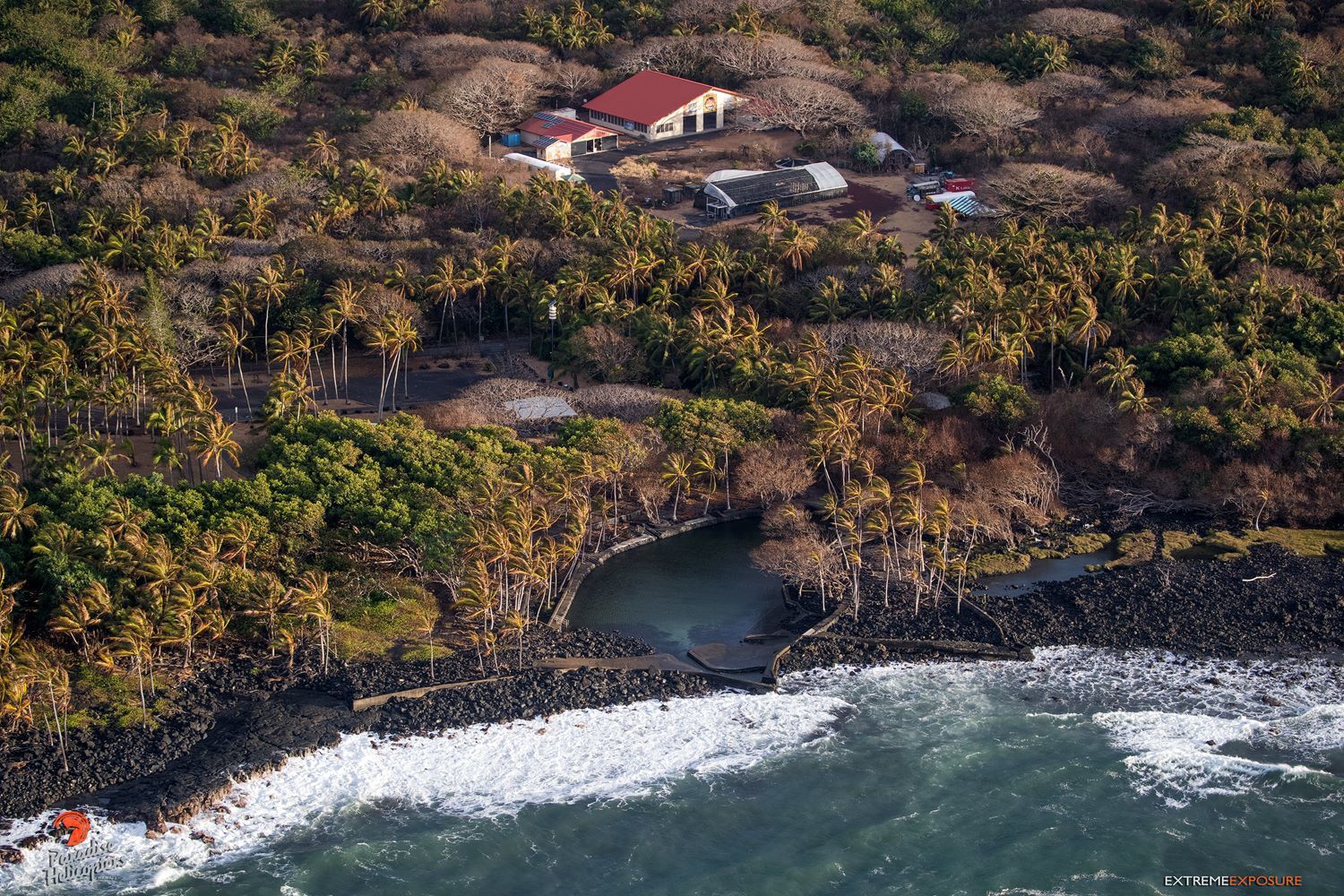 Kilauea's east rift zone overflight - the area under the next threat of lava flows: Ahalanui Beach Park in the foreground and Kua O Ka Lā Charter School in the background - Photo Bruce omori

Robots were installed to collect water samples at the entrance to the ocean. They will operate during the next three weeks by moving zig-zag about 300 meters from the plume, and by measuring the water temperature, oxygen levels, pH, salinity, turbidity, conductivity, and underwater acoustics, as well as atmospheric data. This research is being done in collaboration between the University of Hawaii at Hilo, the Massachusetts Institute of Technology and the HVO-USGS. At the Agung, activity on the evening of July 30 was characterized by incandescence indicating the presence of fresh lava in the crater.

This 1 ° July around 1:51 WITA, a white degassing surmounted the crater of 1,500 meters, before heading west.

The alert level remains at 3, with an orange VONA. All airports operate normally The Phivolcs reports a low emission of a moderate plume of gas and vapor during the day of June 30th at Mayon; it drifts towards a large northern sector. Nighttime glow is reported.

Volcano inflation is not clear, with conflicting data. Boris Behncke reports that the crater northeast of Etna, which has been obstructed since May 2016, opened two new vents on the floor. One of them is marked by sounds of deep explosions, without observing new magmatic products on the surface. 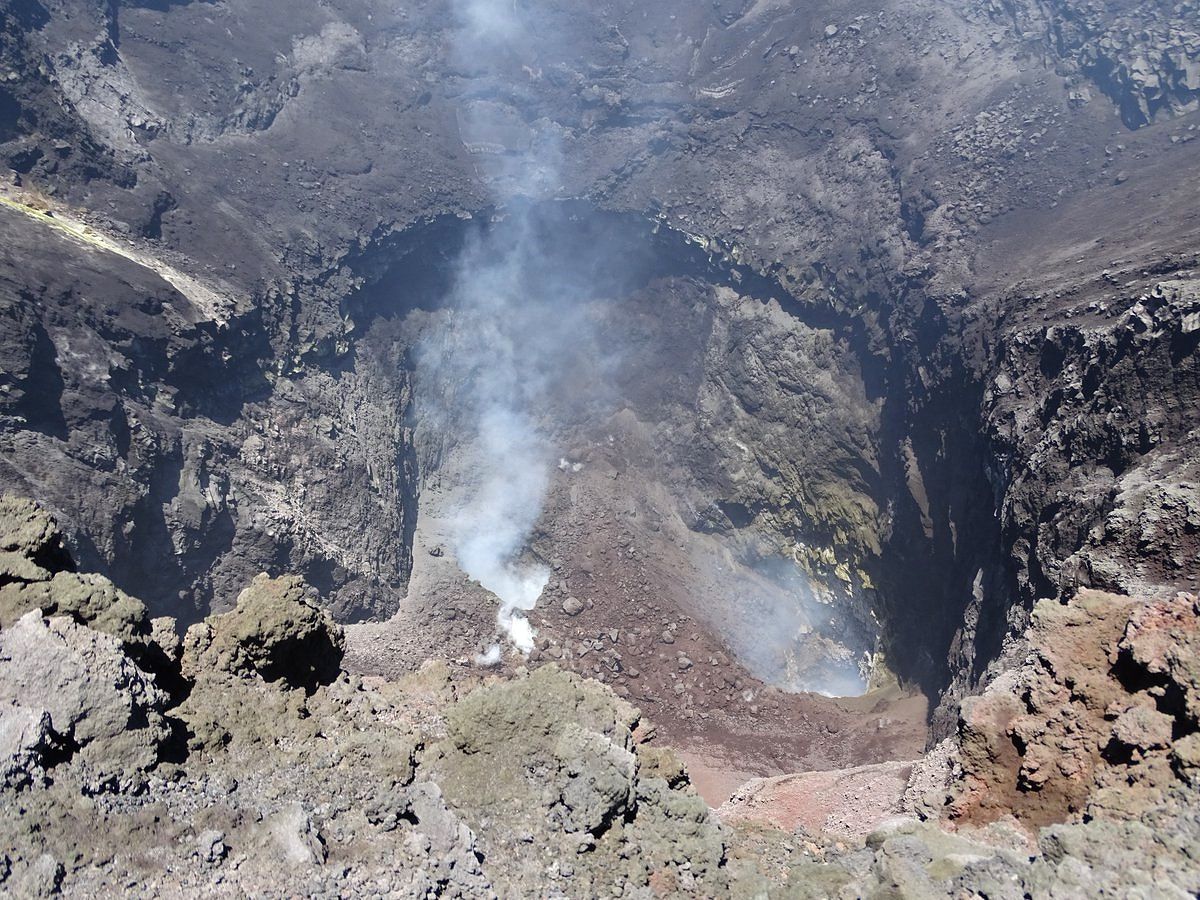 A seismic swarm is in progress at Öraefajökull; it began on June 26, 2018 with a magnitude 3.1 earthquake and continues with earthquakes of lesser magnitude.

A magnitude 2.1 earthquake occurred outside the volcano, while appearing connected to it.

One possible scenario is an eruption on the flank of the volcano, in an area close to road no. 1, limiting the warning and evacuation time by its position. Also on the Vatnajökull, a fracture was discovered east of the Svinafellsjökull outlet glacier, which would be the surface expression of a fault in the bedrock; this fault is unfortunately at the top of a steep slope.

In the spring of 2018, a new fracture was discovered, running on the western slope ... the moving zone measures 0.5 to 1 km², and its volume is estimated at 60 million cubic meters, which could slip in several times or in a single mass.

Civil Protection advises against traveling on this glacier.