At Kilauea, many changes took place on July 9 in the East Rift Zone.

Multiple overflows of the main lava channel occurred between the Y-intersection of Pohoiki road and an area west of Kapoho Crater.

The lower part of the main lava channel has also undergone a significant reorganization: the open channel near four corners is now crusted, and plumes at the entrance to the ocean are greatly reduced.

The volumes of lava emitted by fissure 8 remain high, which augurs for changes in the following days.

The fissure 22 continues to show a weak spattering. 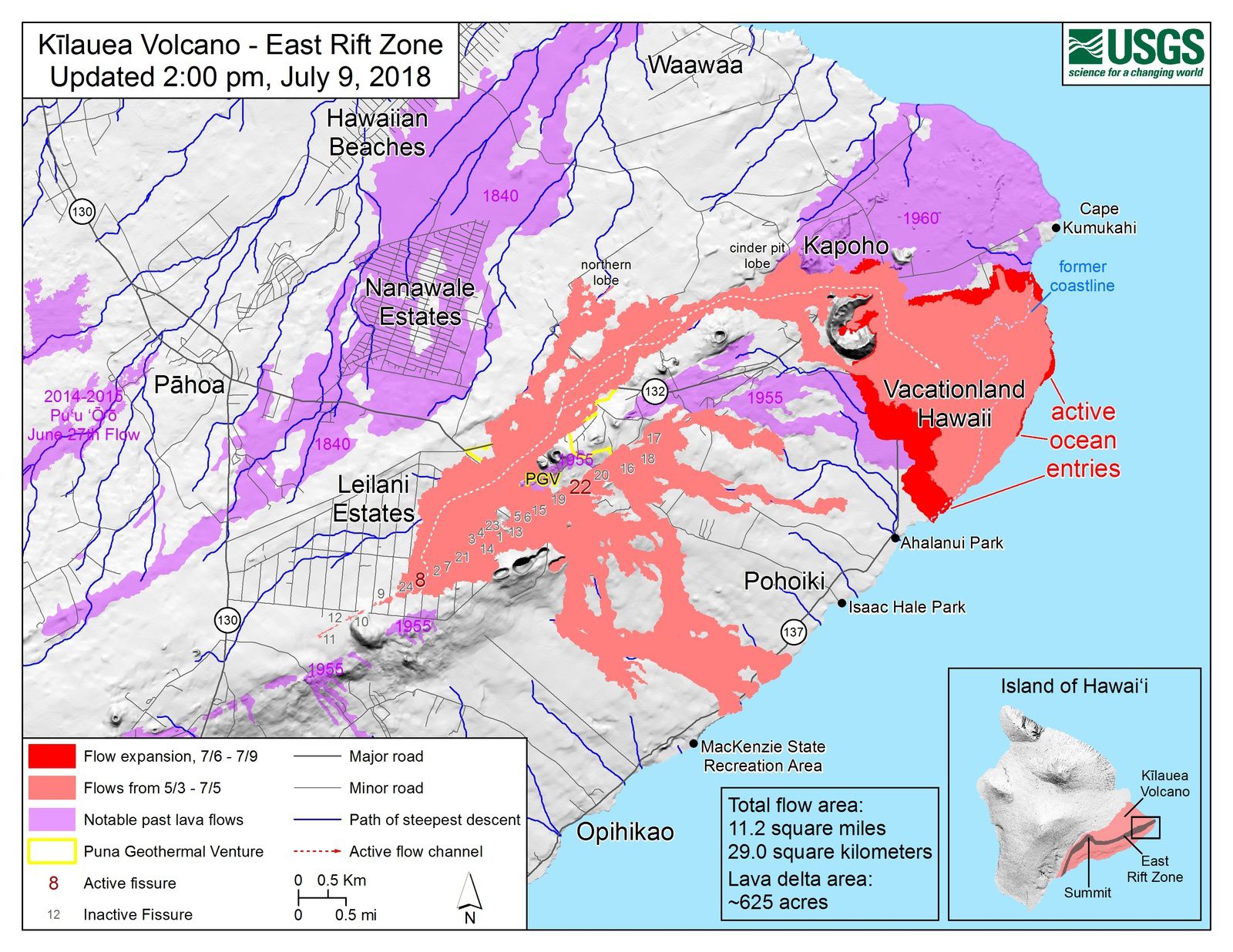 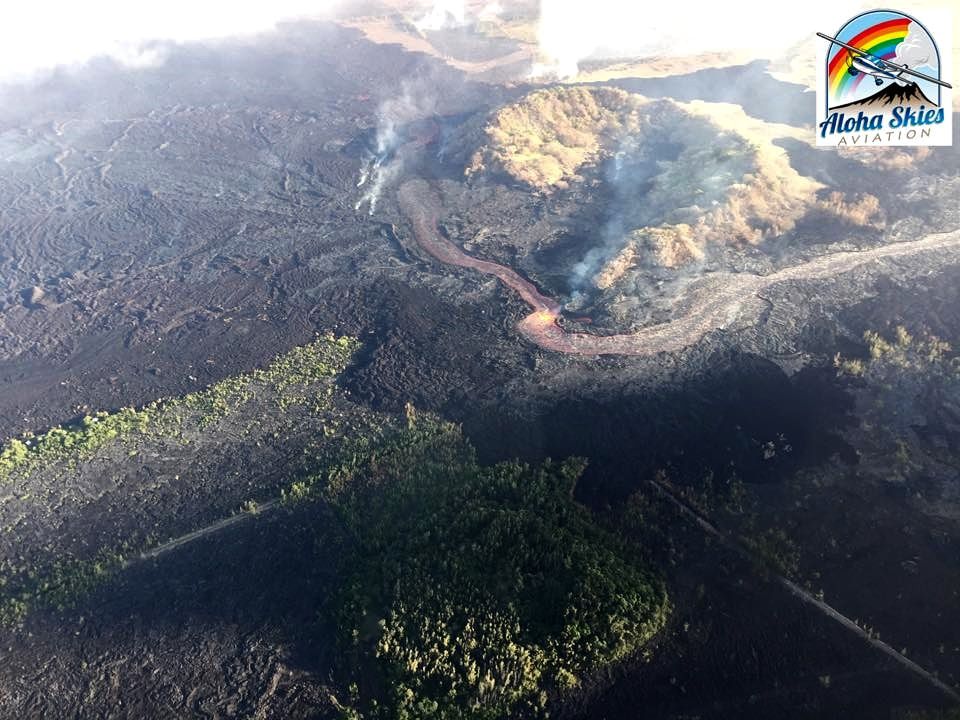 At the top, an explosion / collapse occurred on July 9 at 9:20 am HST. The sliding of the edges and internal walls of Halema'uma'u continues in response to the current subsidence of the summit. Kilauea Halema'uma'u - Small plume, gray-pink color, developing on the left of the image on 09.07.2018 / 9:20 HST, after the explosion and the collapse at the top- photo HVO-USGS

In the Galapagos Islands, the Sierra Negra Volcano on Isabela still shows a high level of activity.

The eruptive process continues, as evidenced by numerous volcano-tectonic earthquakes and emission tremor; thermal anomalies are noted as well as the emission of a plume of vapor, gas and ash rising to 2,400 meters in height, then moving towards the southwest (zone surrounded by red on the Goes-16 satellite image) , sparing the populated areas for the moment.

Lava flows come from a source located in the lower part of the northwestern flank of the volcano; the emission of lava would have increased significantly since July 7 at 17h local. These earthquakes are located in an area 15 km north-east of the Pico Central volcanic complex, and a depth of between 7 and 11 km from the summit which rises to 5,364 meters. The level of activity remains in Amarillo / III in the absence of variations of the other parameters.

The last periods of eruption are dated between October 2008 and January 2012, on the upper southwest flank of Pico Central, and referred to as an IEV 3.