Editor's note: As always, a click on the photos and images makes it possible to enlarge them.

Afterwards, the plume was limited to 300-500 meters, inclined to the northwest.

The seismicity of August 17, 2018 is summarized in

Currently, Anak Krakatau has a status level II (Waspada) with a recommendation not to approach the crater within 2 km of the crater.

The eruption of the Sierra Negra volcano, which began on June 26 this year, continues with the emission of lava flows that apparently continue to enter the sea.

Since July 31, the number of earthquakes per day is 121, a decrease from what has been recorded since the beginning of the eruption until that date. In any case, the seismicity continues to be higher than the level before June 26, 38 earthquakes per day. The interaction between hot lava and cold ocean waters generates large explosions and large amounts of volcanic gases, which pose a danger to people on board ships nearby; as this situation continues to occur, it is recommended to avoid approaching these sites and maintain a prudential safety distance.

It should also be noted that gas emissions are sub-permanent and can reach concentrations that can cause discomfort in humans and affect vegetation. It is recommended not to approach lava emission areas or areas where the volcanic plume is observed. 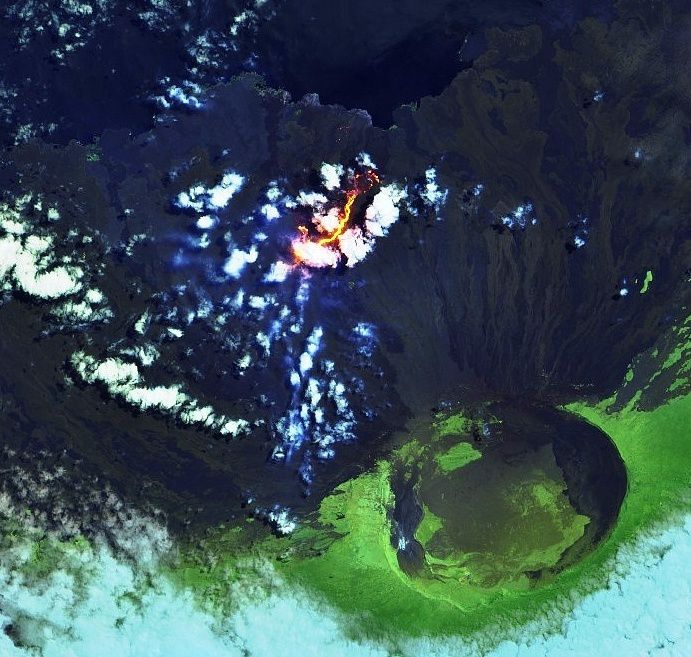 The latest news of the Kadovar eruption by the Rabaul Volcano Observatory dates from February.

On the August 8th Sentinel Hub image (the date of the last image to see the activity), we clearly see a strong white summit plume, and small plumes / puffs that follow each other and gas emissions at the costal level, north-facing, then NNW, and discolouration of waters along the east coast of the island, north of the costal vent. 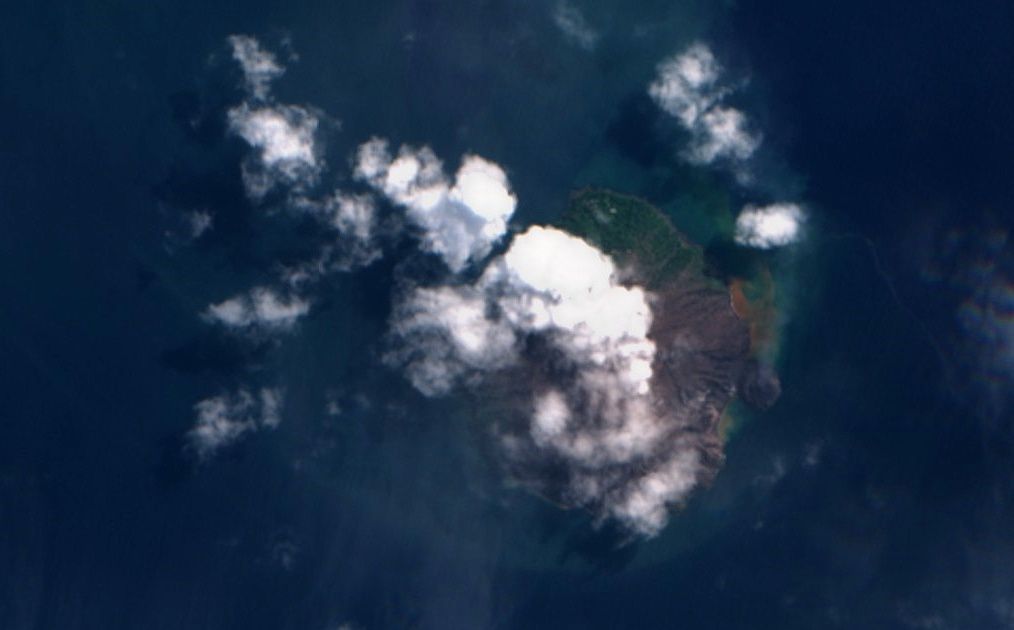 After the "total" evacuation of Ambae Island, no activity bulletin was issued by the Vanuatu Geohazards Observatory.

The level of volcanic activity remains fixed since the end of July at 3 / minor eruption.

On the satellite image of August 17, it appears that the area occupied by the vent in Lake Manaro Voui has spread further, a sign of ash emissions still in progress.