At Kilauea, an early morning flight on August 7 shows weak activity on fissure 8;  weak lava bubbling and convection was occurring in the pond, which was around 5-10 m (about 16-33 ft) below the channel spillway.

A weak plume of gas overcomes it, and the upper lava channel is drained.

The number of active exudates on the coast has decreased; the activity near the Pohoiki boat ramp has not progressed significantly towards it.

Fractures parallel to the coastline develop in the lava delta near Kapoho; this kind of delta is unstable by nature and likely to collapse.

The top deformation measured by a tilt meter and GPS instruments has practically stopped. In the Kuril archipelago, a moderate explosive activity is reported at Ebeko on 8 August 2018; the cloud of ash produced drifts about 65 km to the northeast of the volcano.

Emissions of steam and gas, lightly loaded with ashes continue.

The aviation code is orange In Kamchatka, Karymsky continues its explosive activity. An ash plume rising to 2,000 - 2,500 meters asl drifts 15 km to the northeast of the volcano. 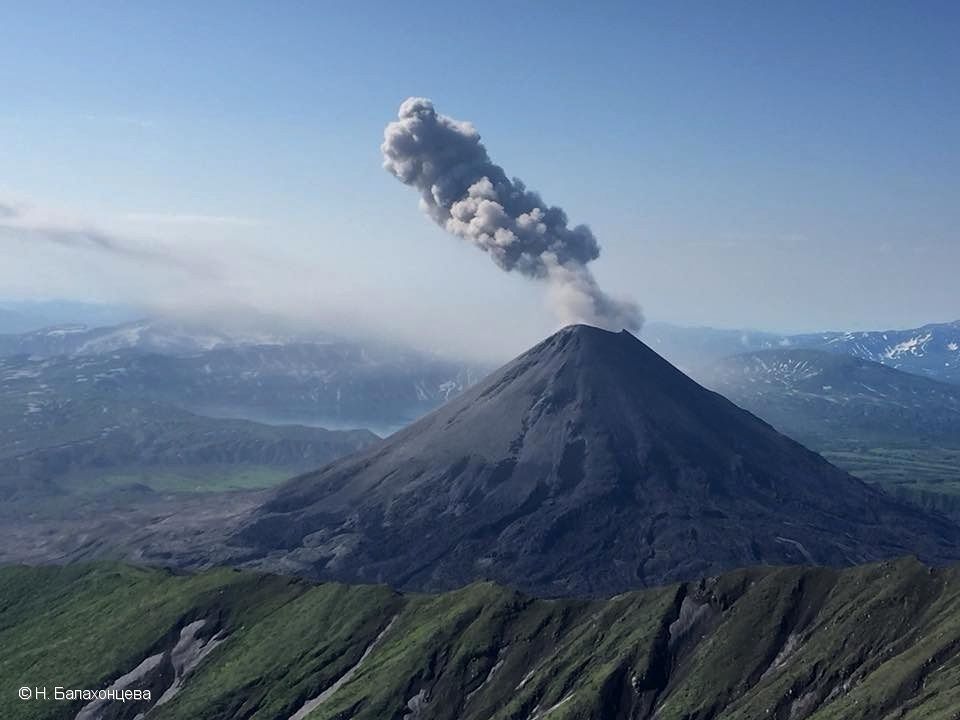 The Anak Krakatau has seen an increase in volcanic activity since June 18, 2018. From yesterday to this morning, visually the volcano is covered with fog. The crater plume can not be observed. At night, a glow remains visible at the top. The wind is blowing weakly to the west and north.

The seismographs of August 7, 2018 recorded: