News of Kilauea, Krakatau and Sabancaya.

The lull in activity at Kīlauea Volcano continues ; in the East rift zone, the lava is encrusted in the cone on fissure 8 and has only a little incandescence. Some entrances scattered in the ocean persist, and drain a lava balance. 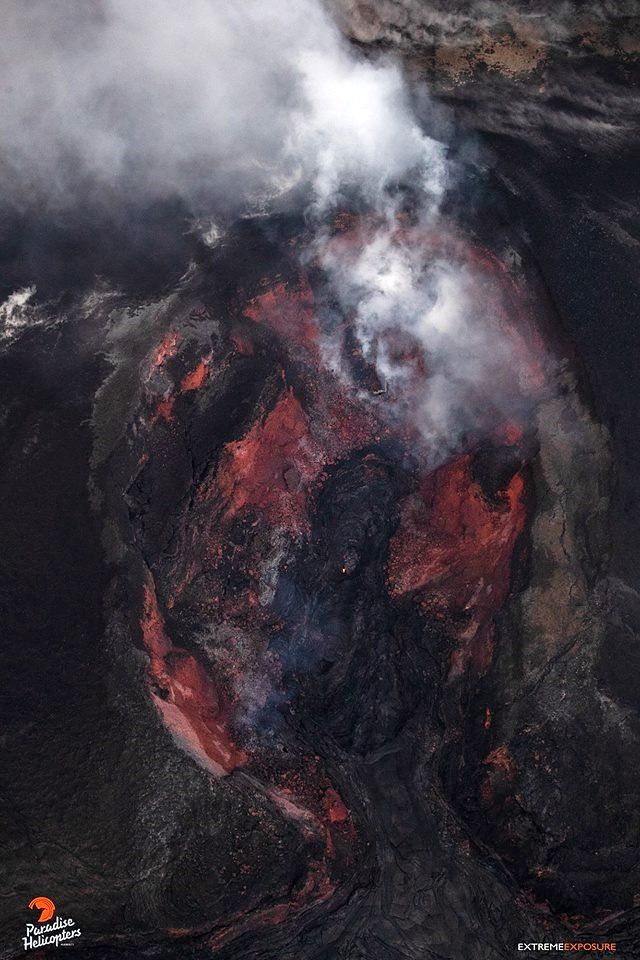 The black sand continues to accumulate in Pohoiki Bay, with a narrower area at the tip of the dike ... a weak point to watch for a possible reopening of access. At the top, no collapse has occurred since August 2nd.

Sulfur dioxide emissions have been reduced in both zones.

Sources: HVO-USGS and the photographers cited Kilauea summit - subsidence area and fault lines as of 09.08.2018 - note the delicate position of the Jaggar museum and the Overlook, on the left of the document - a click to enlarge - Map Hawaii volcanoes N.P.

In Krakatau, no recent image, the volcano is still in the fog.

The video of James Reynolds illustrates the night activity of August 12th.

As part of the DECADE / Deep EarthCarbon Degassing project, the OVI / Ingemmet is installing a Multigas station at 5,900 meters altitude and 400 meters from the Sabancaya crater, which will measure and record in real time the levels of dioxide of carbon and sulfur dioxide emitted, transmitted by radio telemetry to the OVI in Arequipa.

This project is done in cooperation with various volcanological observatories in the world, and groups together the monitoring data of twenty active volcanoes.