The Fuego presents this September 29 in the evening an increase of its explosive activity; tremor and degassing pulses lasting up to 3-4 hours are accompanied by aircraft turbine sounds and block avalanches on the southwestern flank. Five to nine hourly explosions are accompanied by ash plumes at 4,400 - 4,700 meters.

In the evening, 10 to 15 hourly explosions are recorded, weak to moderate, and accompanied by ash plumes at 4,500 meters asl. moving 10 km to the west and southwest, and fallout of volcanic materials that generate small avalanches.

The summit is marked by a constant incandescence during the night.

A possibility of lava flows and a new eruption is envisaged for the next hours.

Also in Guatemala, the Pacaya continues its Strombolian activity, with occasional explosions 50 meters above the crater and lava flows, lengths between 300 and 700 meters, towards the Cerro Chino.

This activity is manifested in the framework of construction - destruction of the intracratal cone, formed in the Mackenney crater. 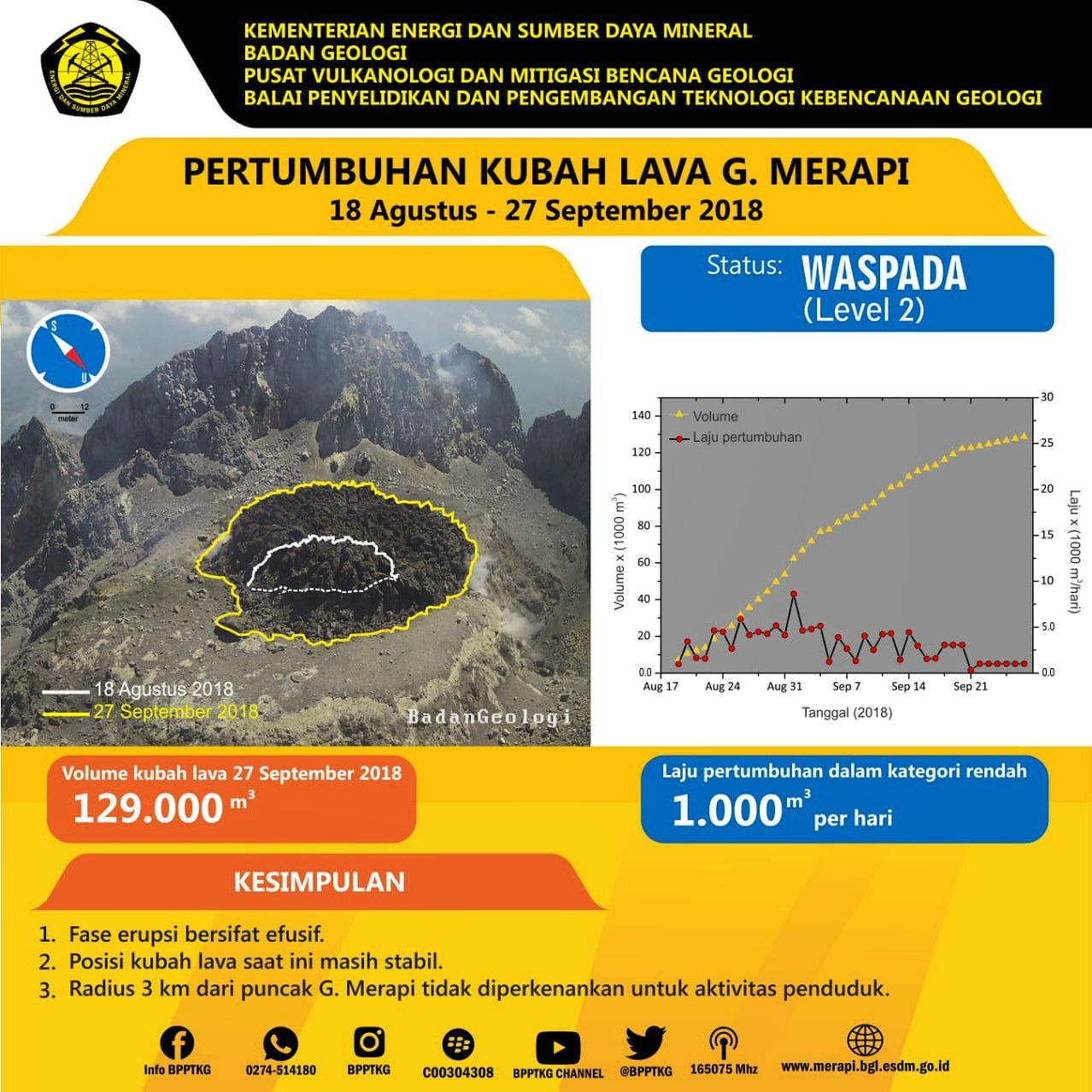 The construction of the summit dome of the Merapi / Central Java continues: it reached this September 27 a volume of 129,000 m³, with a steady growth ratio in recent days to 1,000 m³ / day.

The alert level remains at level 2 / Waspada, with a prohibited area of ​​3 km radius around the summit 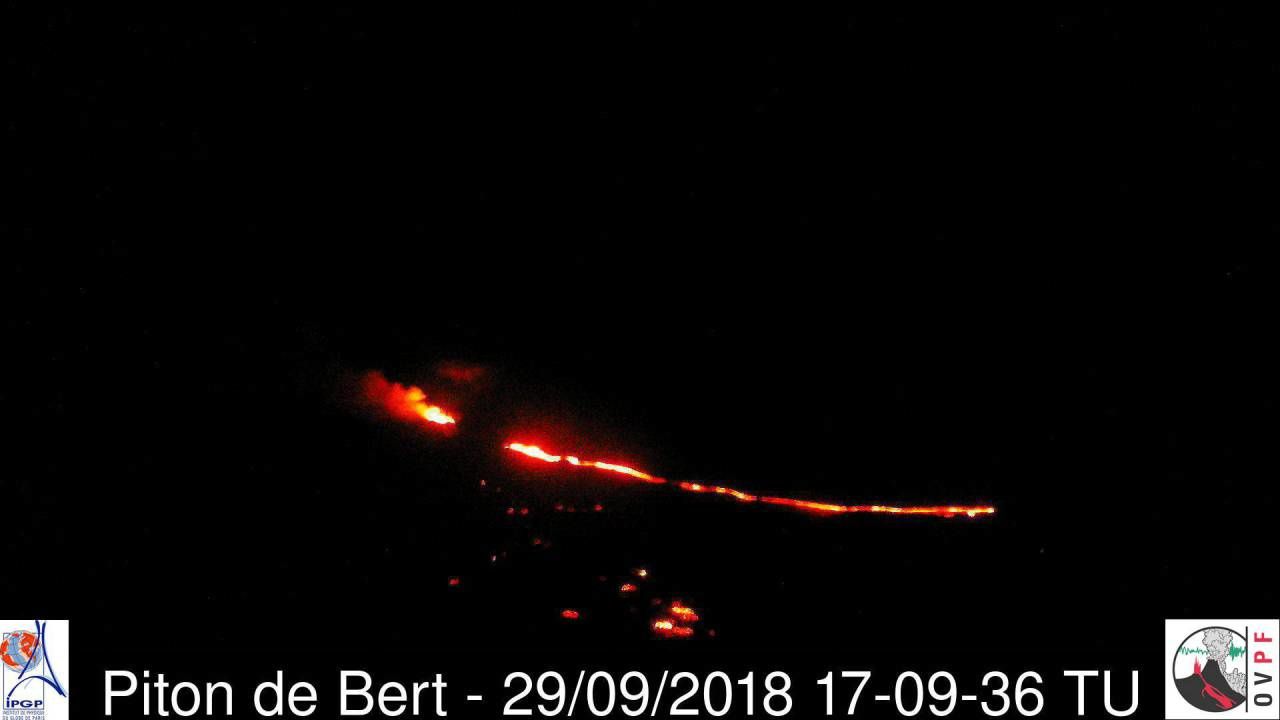 The eruption started on September 15 at 4:25 am local time at Piton de La Fournaise continues. The intensity of the volcanic tremor (indicator of eruptive intensity at the surface) has remained relatively stable over the last 24 hours

The surface flows estimated from the satellite data, via the HOTVOLC platform (OPGC - Clermont Auvergne University) ranged from 1 m3 / s to 2 m3 / s over the last 24 hours. Note that the eruptive activity now taking place mainly in lava tunnels, detection of anomalous hot spots are increasingly difficult and therefore these values ​​of underrated flows.

A nice video of Krakatau activity on September 15th, where a small lava lake seems to have formed after the eruptive activity; lava flows when it overflows.