The activity of Krakatau remains important, with 440 eruptive earthquakes recorded on 25 September, and a continuous tremor of dominant amplitude at 40 mm.

Ash emissions to the Southwest have clouded Verlaten Island, on Sentinel 2 imagery.

The level of activity remains at 2 / Waspada, with a 2 km forbidden zone and an orange VONA. Anak Krakatau - the number of eruptive earthquakes is up 25.09.2018 - Doc. Magma Indonesia

At Veniaminof, the lava emission at the top of the volcano continues, accompanied by a high seismicity and a continuous tremor; nocturnal glow is observed.

On the morning of September 25, a plume of gas containing some ashes overcomes the summit, before being pushed to the northeast. Thermal anomalies are always reported by satellites. At Piton de La Fournaise, the eruption started on September 15th at 4:25 am local time continues.

After a slight increase observed at the beginning of the day, the intensity of the volcanic tremor (indicator of the eruptive intensity at the surface) has returned to a relatively stable level despite some subtle fluctuations

The surface flows were estimated from the satellite data, via the MIROVA platform (University of Turin) and HOTVOLC (OPGC - University Clermont Auvergne), and between 0.5 and 5.3 m3 / s on September 24th. .

The cone continues its edification and remains still south, leaving behind a main channel much channeled towards the south, then heading south-east.
An outline of the flow could be determined by the platform OI2 (OPGC - university Clermont Auvergne) from the data of the Sentinel satellites acquired around 06:00 this morning (local time). These observations show that since the observations of September 18th, the various pouring arms have progressed slightly towards the south (direction of the rampart). Piton de La Fournaise - the cone continues its construction and the beginning of the casting is visualy separated - photos from 25.09.2018: by day, via MonAmi / Imazpress and in the evening, the OVPF / webcam Bert at 17:24 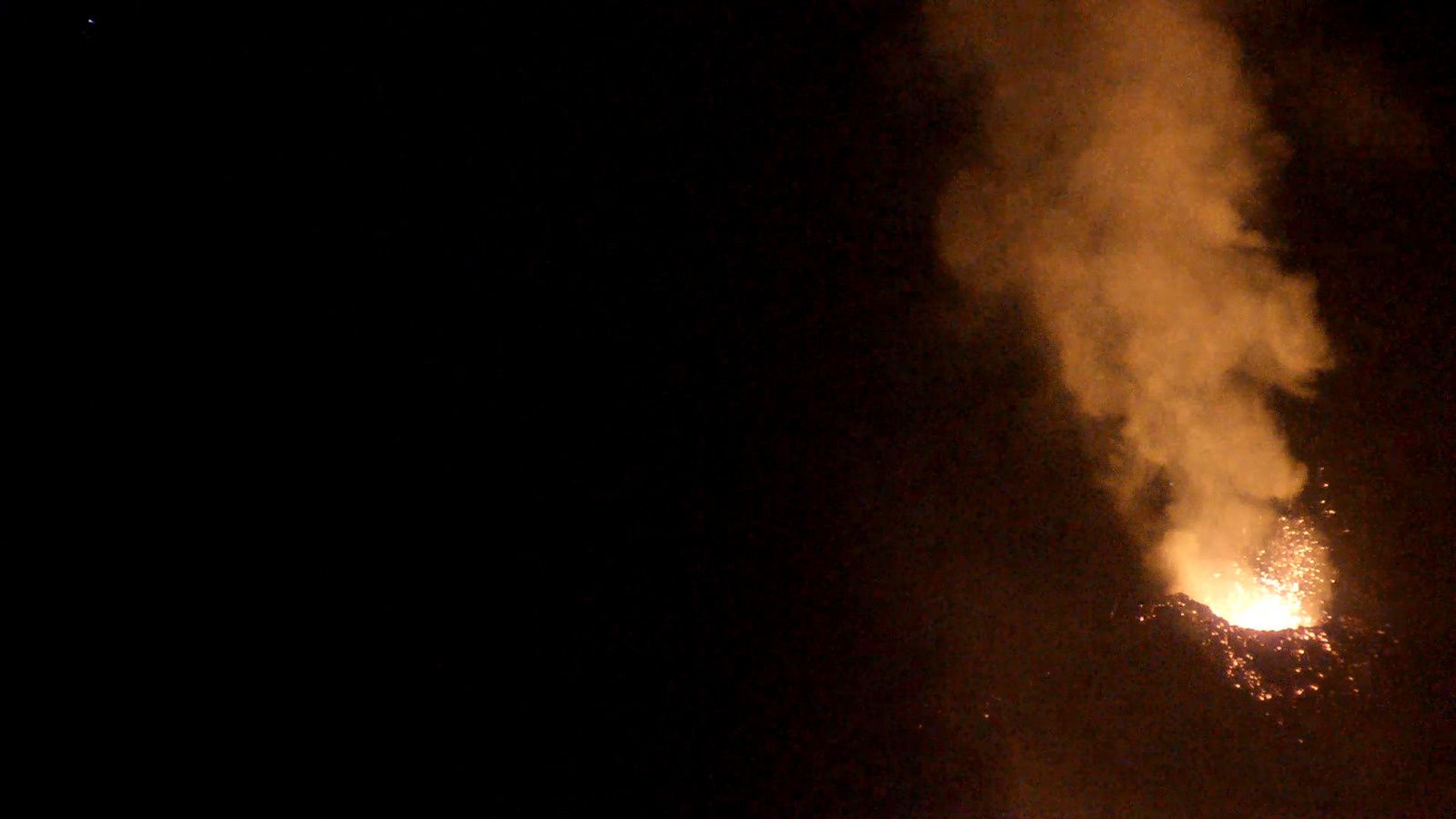 Piton de La Fournaise - Contours of the flows determined from the Sentinel satellite data, for the days of 18 September (red) and 25 September (green), carried out by the OI2 / UCA / OPGC service.

The Cenapred has reported 64 exhalations for the last 24 hours at Popocatépetl, accompanied by plumes of steam, gas and a little ash, and 11 explosions, the largest of which produced a plume of 2,000 meters above the summit, and incandescent projections.

At the seismicity level, there are 2 volcano-tectonic earthquakes and harmonic tremor, with a total duration of 484 minutes.

At the time of the report, Popocatépetl emitted gas and steam, dispersing to the SSE. 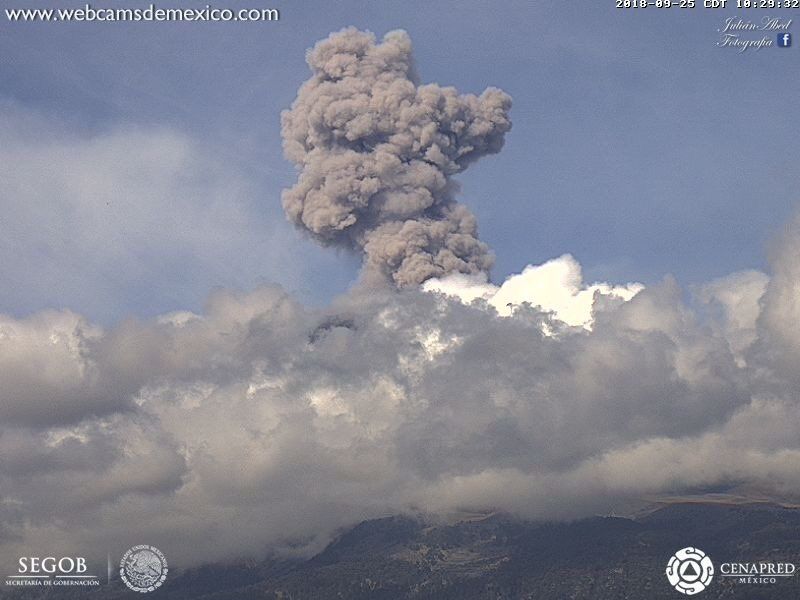