The eruption began September 15 at 4:25 local time at Piton de La Fournaise continues. The volcanic tremor (indicator of eruptive intensity on the surface) has undergone many fluctuations in the last 24 hours, certainly related to fluctuations in the geometry of the volcanic cone being formed (successions of obstructions and partial dismantling)

No significant deformation are noticeable since the onset of the eruption.

Surface flows estimated from satellite data, via the HOTVOLC platform (OPGC - Clermont Auvergne University) are between 1 m3 / s and 3 m3 / s over the last 24 hours. Fallout of Pele's hair was reported in the Grand Coude area this morning, more than 8 km from the volcano. Given the current wind above 2000 m altitude, we can assume that the exposed areas are the upper St. Joseph (Jean Petit, Grand Coude, Plain of the Grebe ...), Petite-Ile (Piton Bloc, Manapany the highs) and potentially even Montvert the highs.

Pele's hair is formed from very fluid lava ejecta (at the level of the eruptive vent) which stretch into fine filaments under the action of the wind, which can disperse over long distances under the action of the wind. Such eruptions producing Pele's hair are feared by the Reunionese breeders, because the wind can transport them far enough, on pastures. And the cattle, while grazing, also swallow this hair of Pele, causing irritations, ulcerations even stomach and intestinal perforations. 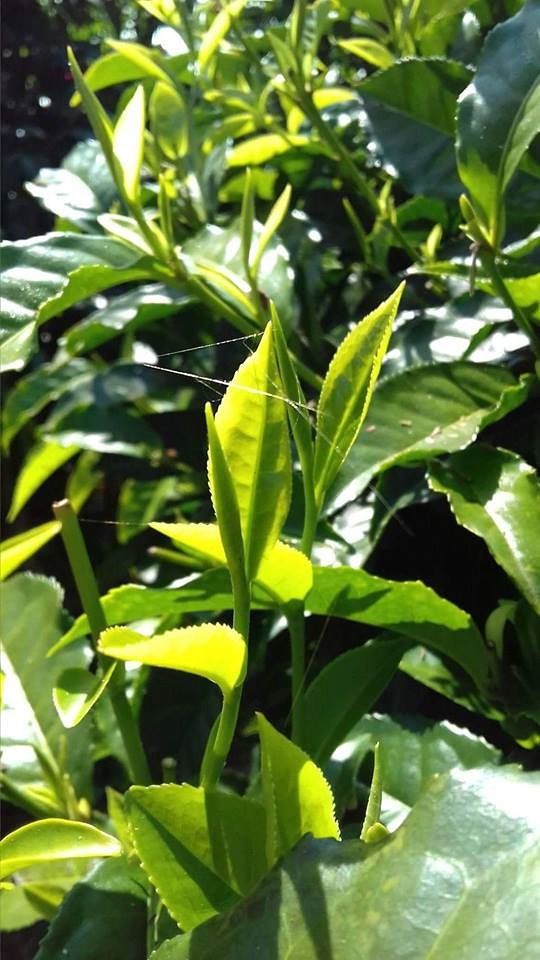 During the flyover at 11am this morning, the cone continued its construction and the hanging wall East, observed yesterday was gradually covered with slag fallout.

The cone, always south-facing, lets out a main flow in a deep channel (photos above). Lava tubes have been observed during formation in the most upstream part of this main channel.

Three regimes of lava fountains were still visible inside the cone. The eruptive activity of Krakatau changed from 21 September: 253 eruptions of eruptions were recorded, as well as a continuous tremor of dominant amplitude at 40 mm.

On September 22, 56 eruptions were observed, accompanied by black ash plume rising to 200-300 m. above the crater. Between eruptions, a tick white plume with more or less gray is emitted, rising up to 1,000 m. above the summit. Nighttime glow is reported.

The PVMBG recommends not to approach the crater within a radius of 2 km. 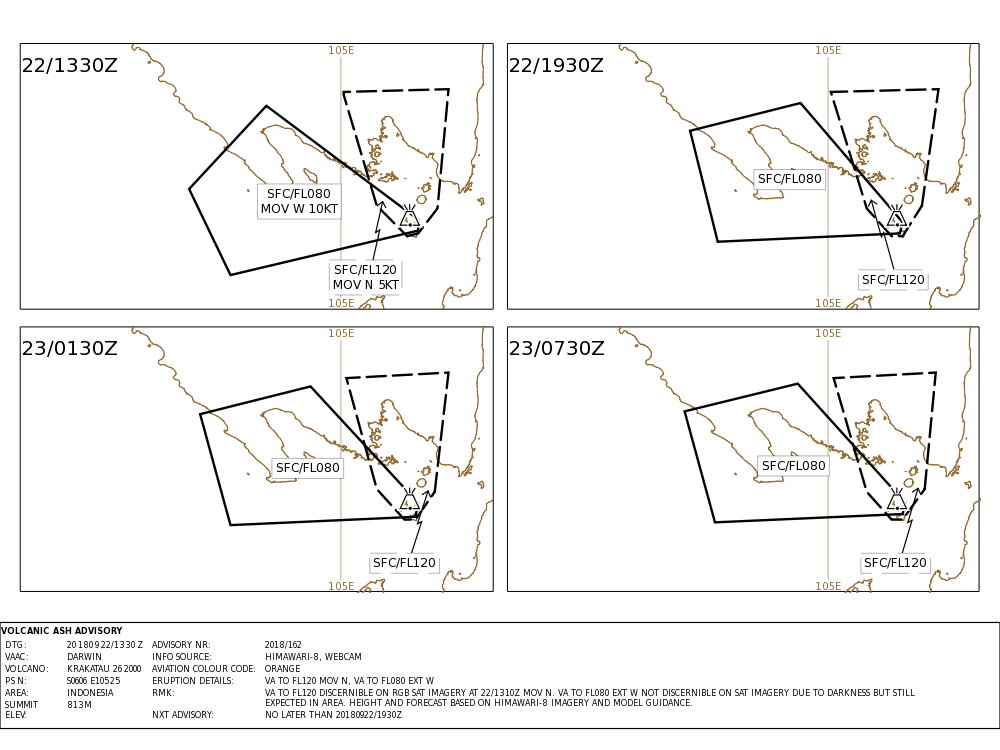 At Kilauea, the cone and the flow of fissure 8 no longer show any trace of active lava, no visible glow,  while nearby vents continue to degas regularly.
The vegetation begins to be seen in the Leilani area, except in areas close to the cracks.
No signs of reactivation are observed ... seismicity and sulfur dioxide emissions are reduced in the eastern rift zone. Kilauea East Rift Zone - The cone and the flow of fissure 8 on 20.09.2018 - The inner walls of the cone and channel, mostly overhanging and unstable, have collapsed. - Bruce Omori Photos 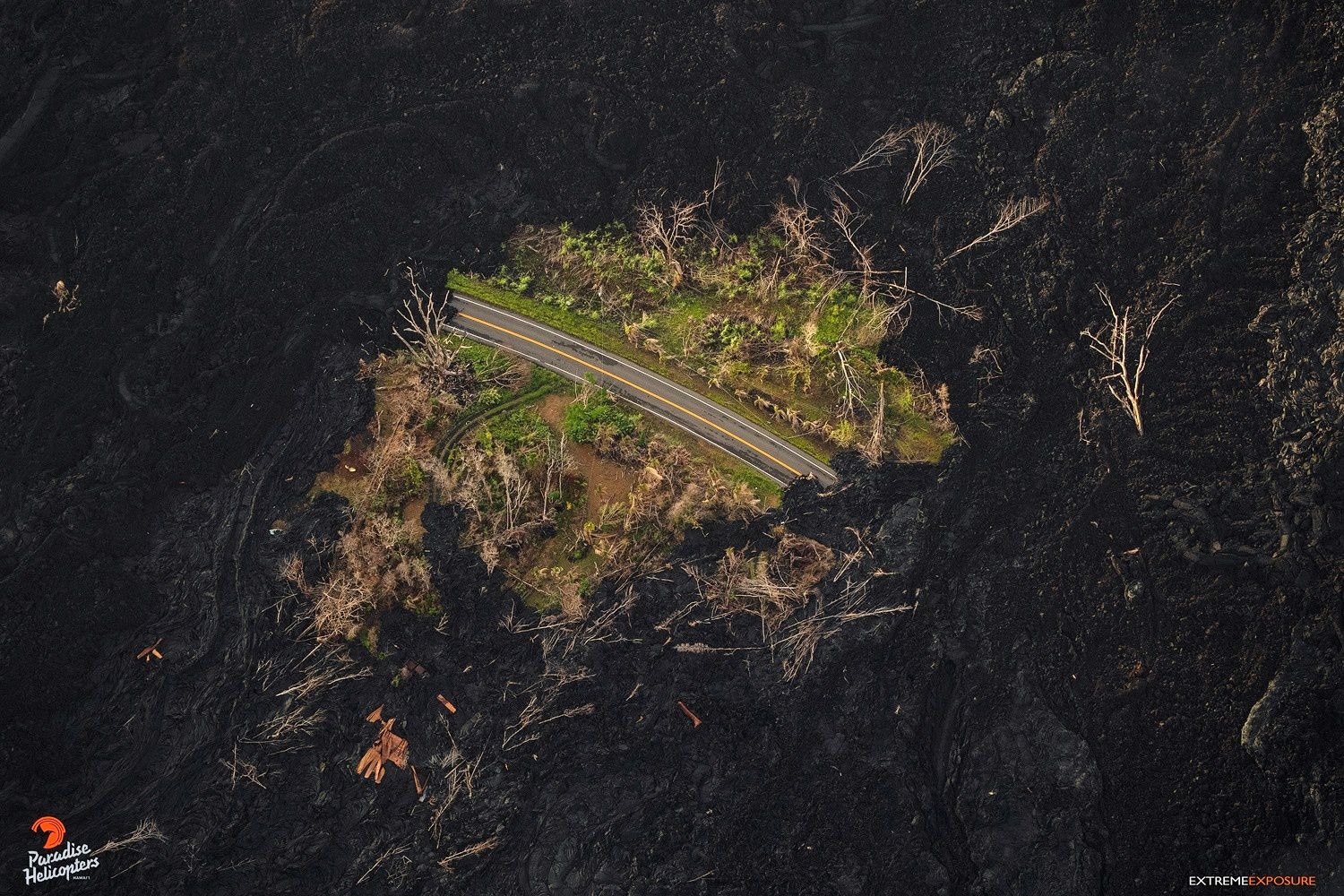 Vidéo Mick Kalber - September 20, 2018 No News is Good News In spite of cloudy conditions this morning, we were able to access the entire flow field of Kilauea Volcano's lower east rift zone eruption.

At Popocatépetl, the last 24 hours were marked by 40 exhalations, three explosions on 22nd September, at 14h11, 15h18 and 20h23 respectively; the first explosion was accompanied by a plume of 2,800 meters above the crater. In the early evening, explosions occurred at 20:56, 21:47 and 22:07, interspersed with emissions of steam and gas, and incandescence.
This activity is related to the destruction of the dome observed during the flight on September 21st, and remains in the context of the Amarillo Fase 2 warning.