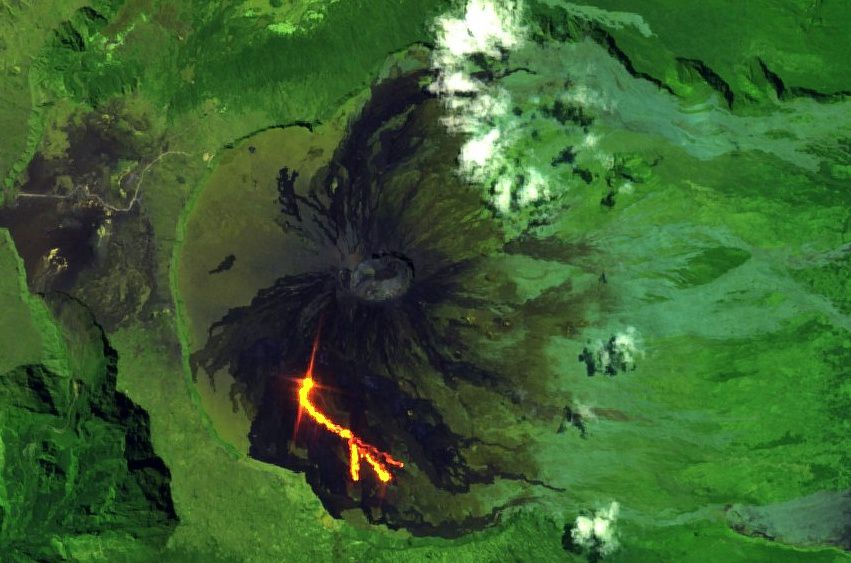 The volcanic tremor (indicator of eruptive intensity at the surface), has remained at a relatively stable and low level since 18:00 on September 15 (14:00 UTC), despite some variations in recent days.

The surface flows were estimated from the satellite data, via the platform MIROVA (University of Turin) and HOTVOLC (OPGC - University of Auvergne), and between 5 and 14 m3 / s on the day of 18 September

A contour of the flow could be determined by the platform OI2 (OPGC - University of Auvergne) from the Sentinel satellite data acquired yesterday around 18h52 (local time). These observations confirm the position of the different flows fronts observed yesterday. The lava flow had traveled about 2.8 km and was 500m from the southern wall of Enclos Fouqué. The maximum width of the casting was 660 m. 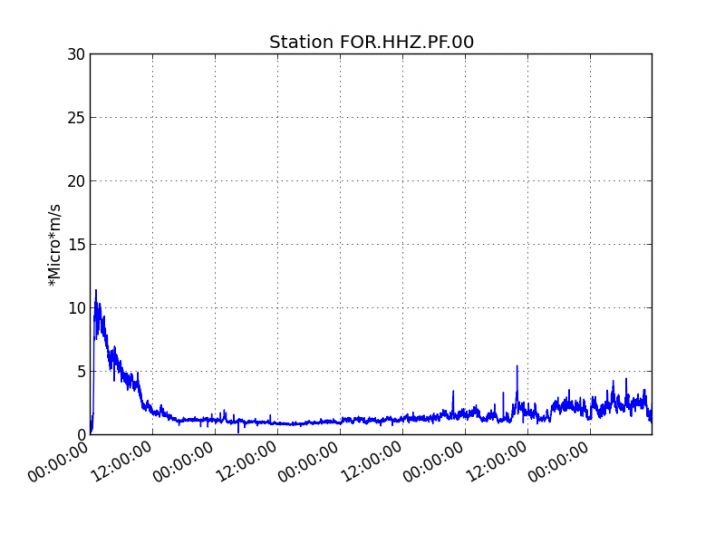 Piton de La Fournaise - Evolution of the RSAM (indicator of the volcanic tremor and the intensity of the eruption) between 04h00 (00h UTC) on September 15th and 16h00 (12h00 UTC) on September 19th on the seismic station of FOR, located at near the crater Château-fort (2000 m altitude southeast of the summit). - OVPF Piton de la Fournaise - Mapping of the lava flow on 19 September at around 19:00 carried out by the OI2 service of the OPGC-University of Auvergne. - via OVPF

The awakening of the peak of the Fournaise island of Reunion for the fourth time since the beginning of the year filmed by drone by the company ilotdrones, aerial training and capture center by drones. 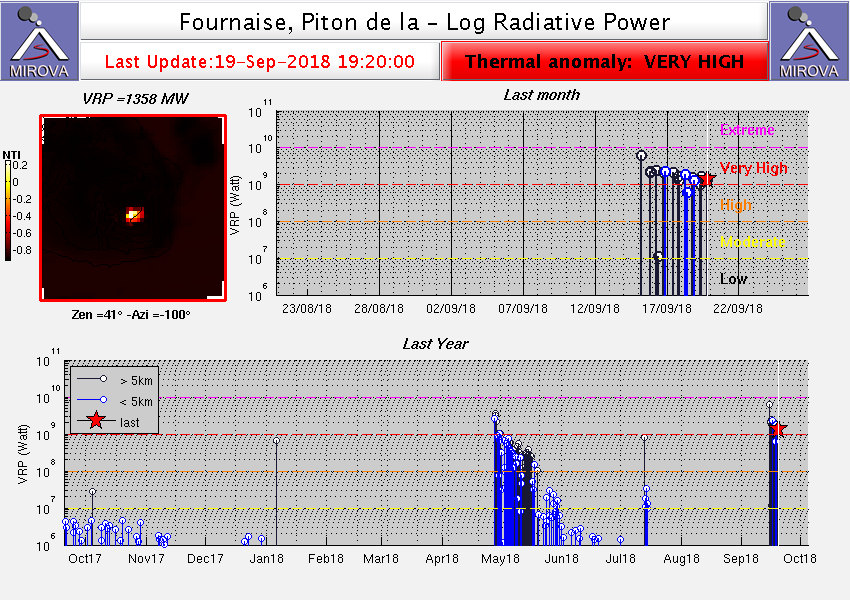 In Guatemala, the Pacaya presents this September 19 a white fumarose rising between 50 and 300 meters above the crater, and sporadic sporadic strobe explosions, sometimes strong, 10 - 25 meters above the Mackenney.
The nocturnal and morning glow allows the observation of a lava flow towards Cerro chino, about 800 meters long.

Heavy rains in the Fuego area generate moderate lahars in the Seca, Santa Teresa and El Mineral Barracks. they carry pasty material, blocks 1 to 3 meters in diameter, branches and tree trunks, and descend to a high temperature, due to the mobilization of materials of recent activity. 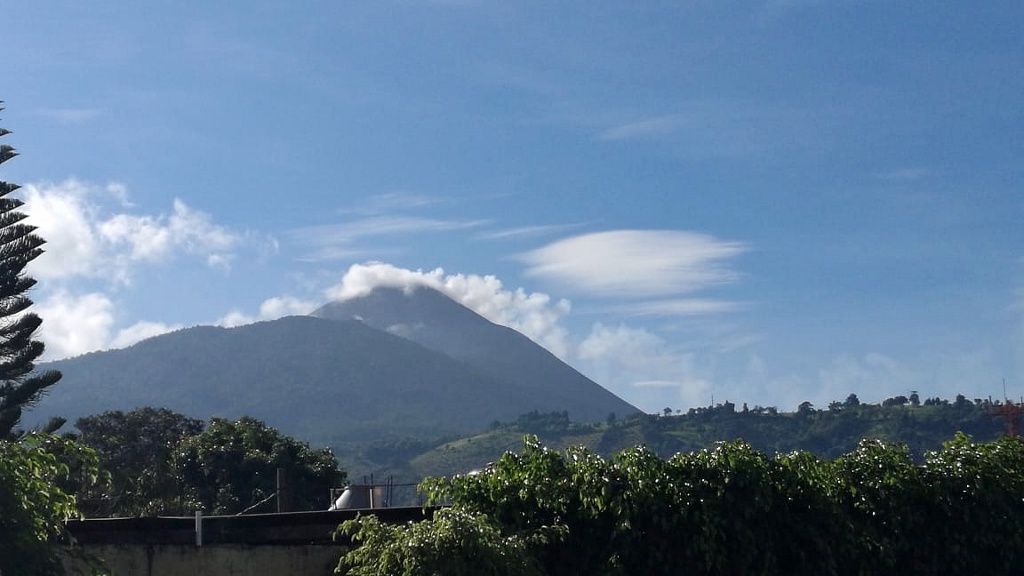 At Popocatepetl, Cenapred reports, during the last 24 hours, 75 exhalations of water vapor, gas, and small quantities of ashes, four explosions.

The seismicity is characterized by a volcano-tectonic tilt of M 1.7 and 502 minutes of harmonic tremor of low amplitude, accompanying an episode of Strombolian activity beginning at 9:49 pm on September 18, with a duration of 479 minutes; incandescent fragments have fallen on the flanks of the volcano.

This activity is part of the Amarilla Fase 2 alert. Over the past week, geothermal structure changes have occurred on Geyser Hill in the Upper Geyser Basin of Yellowstone .

On September 15, a rare water eruption marked Ear Spring, usually a calm hot spring, that ejected not only rocks, but also various materials thrown or fallen into the geyser in previous years, such as coins, cans and other human debris. The last explosion of this kind dates back to 1957.

The management of the National Park has closed portions of boardwalk.

The hydrothermal activity of Geyser Hill has changed since this watery eruption at Ear Spring. A new structure has formed directly under a boardwalk between Pump geyser and Sponge geyser and continues, after its eruption on September 18 and 19, to pulse water every 10 minutes. Other structures were more active than usual, including Doublet pool and North Goggles geyser.

These changes to the hydrothermal structures do not reflect a change in activity of the volcano. Geyser Hill / Yellowstone N.P. - Ear spring after water eruption and debris from September 15, 2018; we notice the destruction of thermophilic mats and big blocks on the run-off - - photo Yellowstone National Park