Activity of La Fournaise, Veniaminof and Ontake, 4 years after the eruption.

The eruption started on September 15 at 4:25 am local time at Piton de La Fournaise continues. The intensity of the volcanic tremor (indicator of eruptive intensity at the surface) has remained relatively stable over the last 24 hours.

No volcano-tectonic earthquakes were recorded during the day of 25 September or during the current day.

No significant deformation is noticeable.

The surface flows estimated from the satellite data, via the HOTVOLC platform (OPGC - University Clermont Auvergne) are maintained and are always between 1m3 / s and 2m3 / s over the last 24 hours. Piton de La Fournaise - the eruptive site on September 25: the lava lake is isolated, and resurgences allow the flow of lava to the south and east - Photo MonAmi / via Imazpress Réunion

The cone continues to build, the notch to the south from which lava flowed since the beginning of eruption is now frozen. The area of ​​active fountains is now closed and the lake is isolated in a single summit mouth. The flows are led by a tunnel and emerge by resurgences located about 150m downstream of the cone.

Other observers report a resurgence opened yesterday afternoon east of the last vent. To cap off the explosive site, a meteoroid was sneaked into the Réunion sky, captured by different photographers.

Sources: Laurent Perrier / MétéoR Indian Ocean, Brieuc Coessens & OVPF - (Find all information related to the activity of the Piton de la Fournaise on the website (http://www.ipgp.fr/fr/ovpf/ news-ovpf), the Twitter account (https://twitter.com/obsfournaise?lang=en), and the facebook account (https://www.facebook.com/ObsVolcanoPitonFournaise/) of the OVPF-IPGP. information in this document may not be used without explicit reference.) The eruption continues at the summit cone of Veniaminof : two vents and two plumes!

Recent satellite imagery indicates that the lava flow is 900 meters from the south vent. Fountaining is observed at a second vent, located 75 meters north of the one from which the pouring occurs.

Two plumes are visible on aerial photos, the upper in relation to the active vent, containing a little ash, the lower, whiter, is due to the interaction between the lava flow and the ice.

Nighttime glow is observed. Thermal anomalies are measured on 25 and 26 September, between 188 and 991 MW. Seismicity remains important, with a constant tremor. In Japan, four years after the deadly groundwater eruption of 27 September 2014 at Ontake, setting up an evacuation shelter and loudspeakers to issue warnings, restrictions on access to the summit have have been lifted, allowing thirty people to access them to mourn their loved ones. 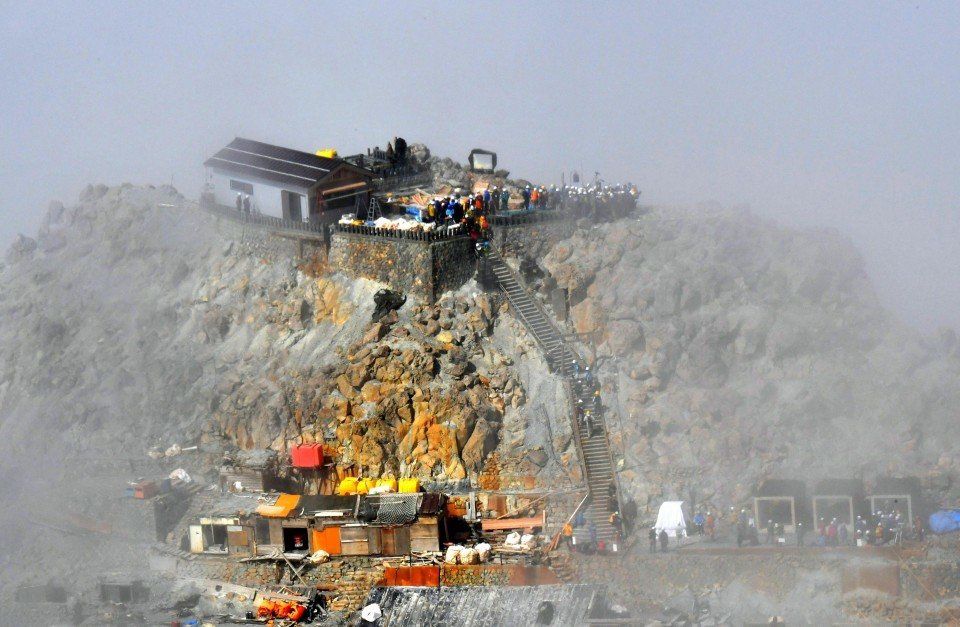 A lawsuit was filed in 2017 against the governments of the Central and Nagano Prefectures for failing to raise the level of alert despite an increase in activity of the volcano before the disaster.

Following this sudden and catastrophic eruption, the Japan Meteorological Agency has revised its standards and expressions on the eruption alert levels. It has also introduced new measures such as faster notification of volcanic activities. 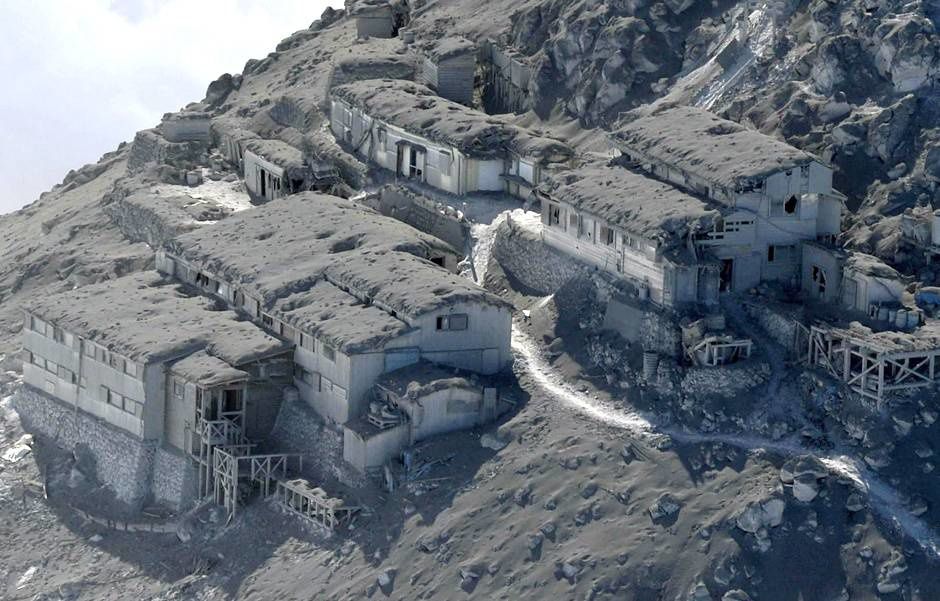 Ontake - the lodges covered with dusts and debris after the eruption - photo AP- Kyodo News 09.2014