Art on the way of fire: The breath of the Earth.

Told to represent the artistic part of this meeting on volcanology, Gennaro Regina exhibited her works devoted to volcanoes at the Mostra d'Oltremare in Naples.

The exhibition was titled: "The breath of the Earth" ...

Many photos made by participants in this congress have flourished on social networks, signs of appreciation for these paintings illustrating Vesuvius and other volcanoes. Exhibition "The breath of the Earth" by Gennaro Regina at the Mostra d'Oltremare in Naples.- photo of visitor of the exhibition on Twitter 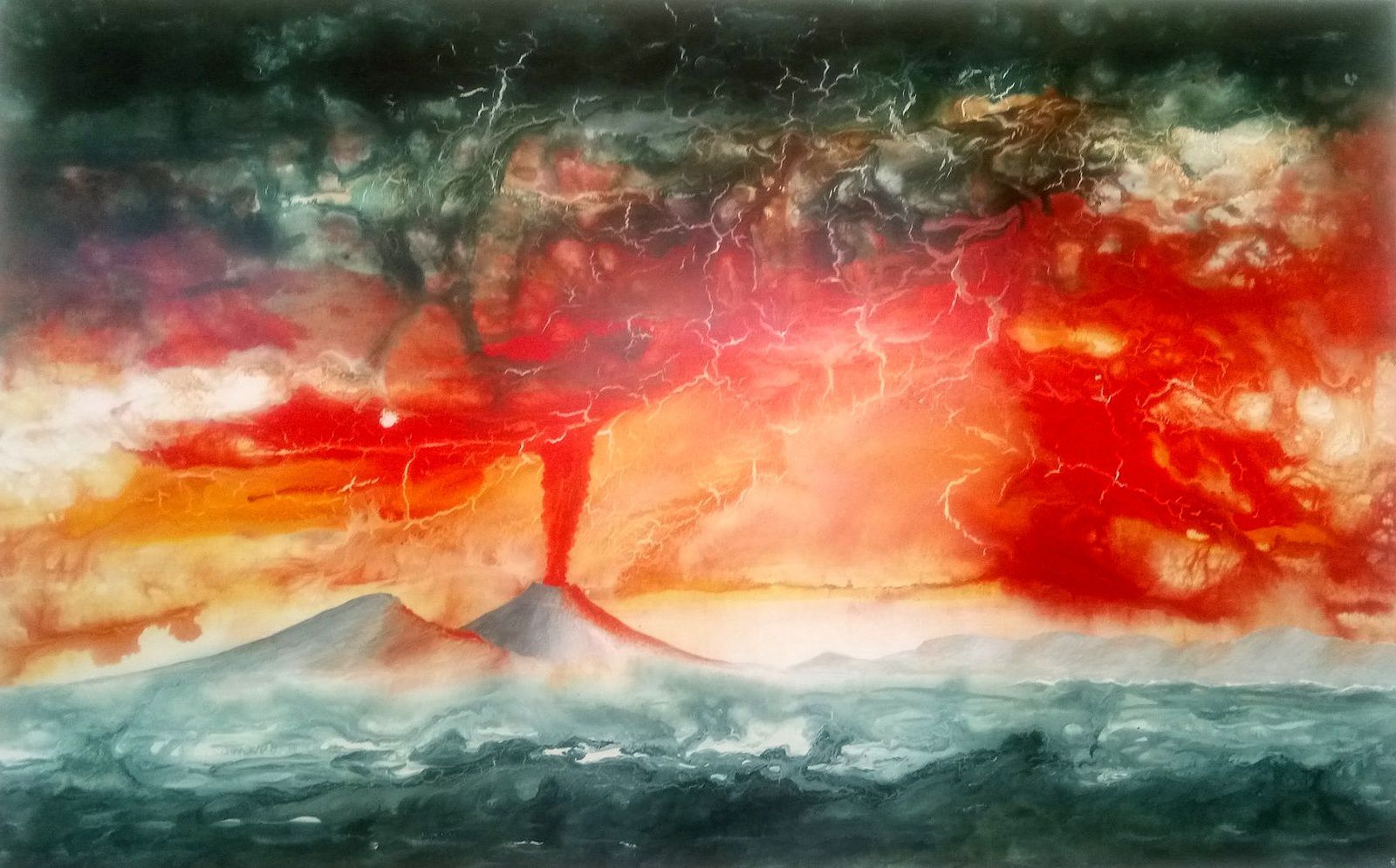 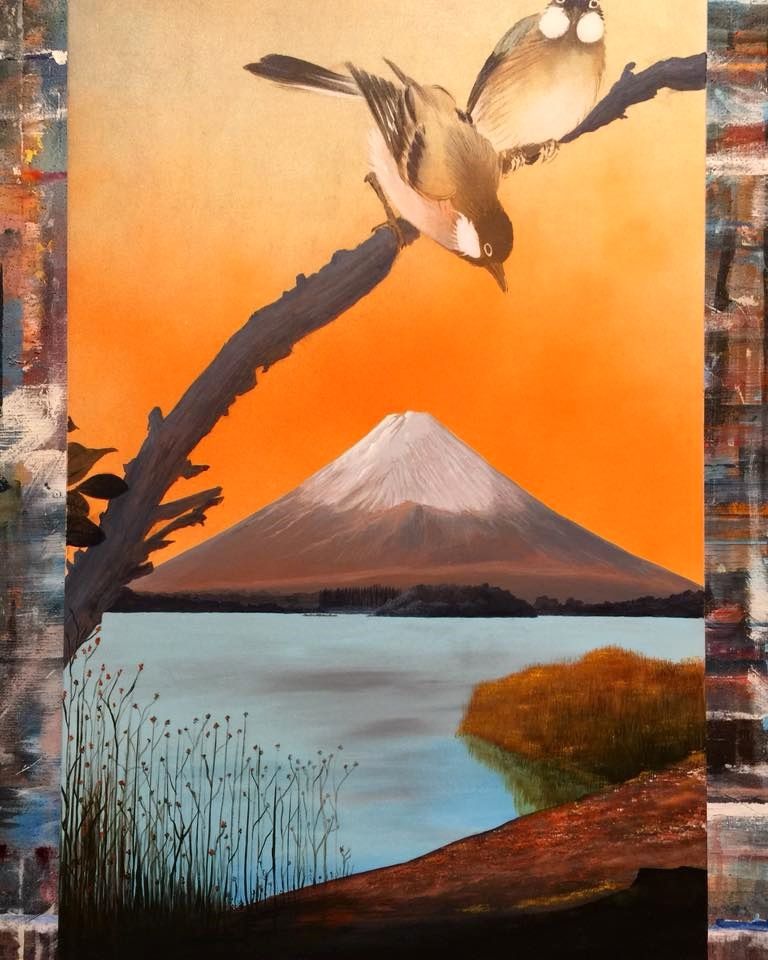 Mount Fuji, another volcano of Gennaro Regina's "The breath of the Earth" at the Mostra d'Oltremare in Naples. - picture from his Facebook page

To celebrate the end of Cities on Volcanoes 10, Gennaro Regina performed in public and outdoors, accompanied by the music of Roberto Funaro and Marco Auggiero's dance company.

He painted Vesuvius on a four-meter-long panel depicting maps of different volcanoes of the world. Towards the end of the performance, the dancers accompanied him on stage ... he then projected black paint on them, before they came to press their faces, their arms and their hands on the panel, in order to integrate them into the work.

He finally greeted the audience by extending his hands full of paint, then melted into the crowd to see the effect of his work. (Article in Il Mattino) Creativity, spontaneity, improvisation, panache, explosiveness ... volcanic, all these qualifiers do not manage to define it. He will do it himself, saying: