After several hours of gradual increase in seismicity, a seismic crisis is recorded on the instruments of the Volcanological Observatory of Piton de la Fournaise since 1:45 local time on September 15. This seismic crisis is accompanied by rapid deformation, This indicates that the magma is leaving the magma reservoir and is spreading to the surface. An eruption is likely in the near future in the next minutes or hours. Following the seismic crisis started at 1:45 am local time, the volcanic tremor synonymous with the arrival of magma close to the surface is recorded since 4:25 local time.

Data analysis and observations from our cameras show that the eruptive fissure (s) opened on the south flank of the volcano near Rivals crater.

At least one crack of about 500 meters opened just below the site of the April 27, 2018 eruption.

At 4:45 this Saturday, the prefect triggered the alert phase 2-2 "eruption underway in the Fouqué enclosure" of the specific device Orsec volcano. Public access to the Fouqué enclosure, from the Pas de Bellecombe trail or from any other trail, as well as from aircraft in the volcano area, is prohibited until further notice. "A reconnaissance will be carried out and additional measures taken as soon as the eruption will be stabilized" specifies the prefecture.

"VOLKAN LA PÉTÉ" ... The eruption is in progress. 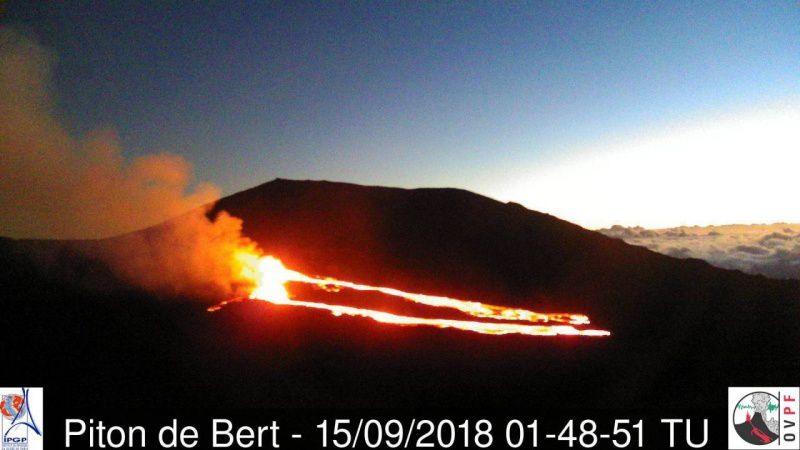 The eruption that started on September 15th at 4:25 am local time (00:25 UT) continues. The volcanic tremor (indicator of eruptive intensity on the surface) has been decreasing regularly and rapidly since. This rapid decay of the tremor during the first hours of eruption is observed during most eruptions of Piton de la Fournaise.
- Six volcano-tectonic earthquakes have been recorded under the summit craters since 04.25 local time tonight (time of onset of eruption).
- No deformation is noticeable since the beginning of the eruption.
- Around 10:00 am this morning, a lava flow of about 30m3 / s could be estimated from measurements made by the MODIS satellite.
- An overflight of the eruption could be done by a team of the OVPF at 11am (local time).
The first observations show that 5 fissures opened at the beginning of eruption. Two are currently drowned by the flows. The central part (2170m above sea level) is the most active with lava fountains 30m high, from which escaped at 11am two lava tongues that merged further downstream. At 11am, the flow had traveled more than 2 km but remained away from the wall of the Enclos Fouqué. 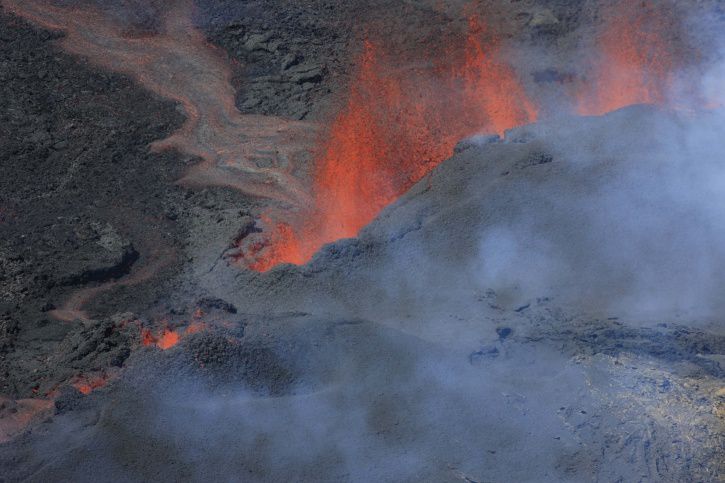 Eruptive activity is on the rise in Sarychev, in the central Kuril Islands. The alert level of Azumayama was raised to level 2 / do not approach the crater, this 15 September at 13h JST. A notice of not entering the localities of Fukushima-shi, Inawashiro-machi was given by the JMA. 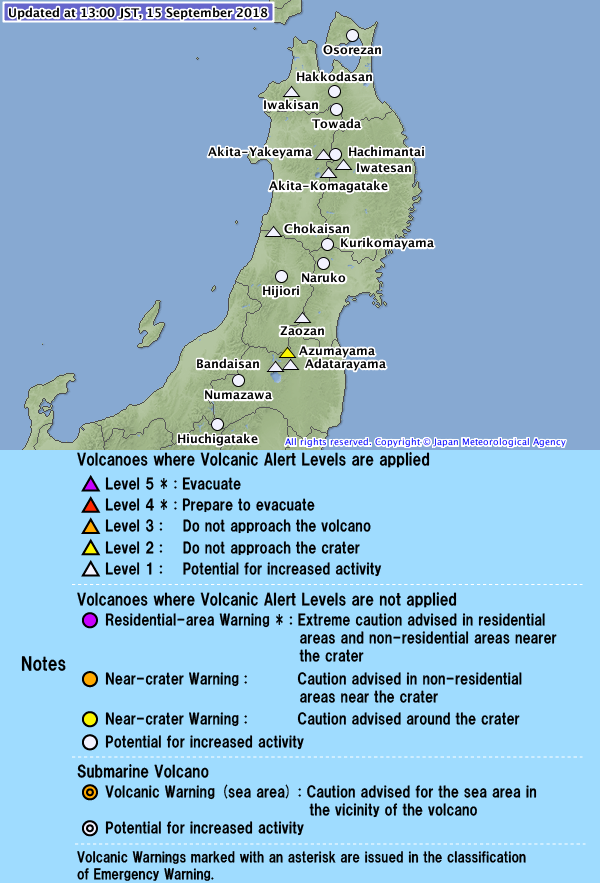 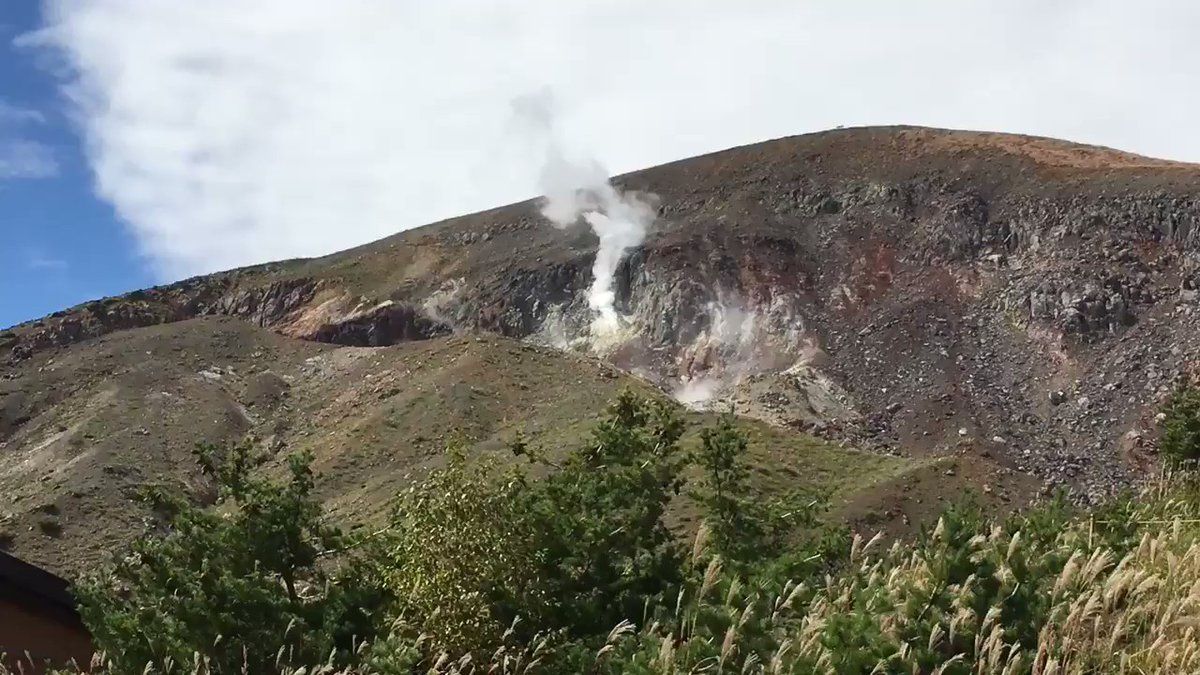 On September 14, at 11am local / 14:01 UTC, an explosive activity was recorded at Nevados de Chillan, associated with a seismic signal related to the dynamics of internal fluids (LP Earthquake) and an ash plume of 2,500 meters in height. , drifting to ke Net the NE. The explosion emitted materials around the active crater.