Thirty days without active lava on the surface at Kilauea.

HVO monitoring shows low seismicity rates, stable and relatively low deformation rates across the volcano and only minor gas emissions at the summit and in the eastern rift zone (ERZ). These observations indicate that a resurgence of the eruption or collapse of the summit is unlikely in the short term. Kilauea East rift zone - in the center, the cone on fissure 8, and the long line of fumaroles; on the "thermal" inset, no sign of lava in the cone - HVO-USGS photos

As a result, the HVO lowers the alert level of the volcano for WATCH's ground hazards at ADVISORY. This means that volcanic activity has decreased significantly, but continues to be closely monitored. The color code of aviation is also lowered from ORANGE to YELLOW.

Hazards are still present in the eruption zone of the lower rift zone (LERZ) and at the summit of Kilauea. Residents and visitors close to recently active cracks and lava flows should be kept informed, pay attention to warnings from the Civil Defense of the County of Hawaii and be prepared, if necessary, to self-evacuate in the unlikely event likely to resume activity. Please note that the County of Hawaii maintains the closure of the entire flow field and vents and prohibits access to the area unless authorized by the Civil Defense. At the Piton de la Fournaise, the intensity of the volcanic tremor (indicator of the eruptive intensity at the surface), after having increased markedly since October 3 at 10 pm local time (18h UTC), has been slightly down since that day but remains high. .
This high intensity would be related to the gradual closure of the entire feeding system, ranging from the dike ("feeding duct" of the eruption) to the eruptive cone, favoring a phenomenon of "resonance" more important.

Gaz pistons ("gas puffs" or "tremor burst") at the eruptive site are always recorded by the OVPF seismometers. 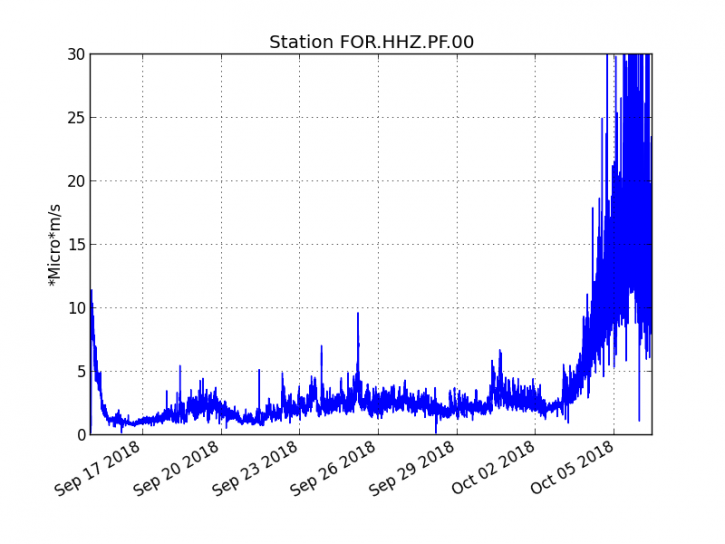 Piton de la Fournaise - Evolution of the RSAM (indicator of the volcanic tremor and the intensity of the eruption) between 04h00 (00h UTC) on September 15th and 14h50 (10h50 UTC) on October 6th on the seismic station FOR, located nearby Castle Fort crater (2000 m altitude on the southeast flank of the terminal cone). (© OVPF / IPGP)

Inflation (swelling) of the building, witnessing the influence of a source of pressure at the foot of the volcano, is still perceptible. This inflation is now accompanied by an increase in CO2 concentrations in the soil in the Volcano Cottage area.

OVPF's NOVAC network stations on the perimeter of the Enclosure still record SO2 flows. Even though their concentrations are 5 times lower than at the beginning of eruption, these flows confirm that there is still magma present at low pressure.

The surface activity is still very limited with very few lava projections inside the cone and no major resurgence visible from the main tunnel. Nevertheless, the activity continues in lava tubes, with degassing particularly visible along their path from the eruptive vent to the flow front.

Stop ... or again,  the volcano will decide!

In Fuego / Guatemala, the accumulation of rains of the last days has generated a strong and hot lahar in the Ceniza barranca.

It carries volcanic materials, ashes and blocks of 2-3 m. in diameter, which cause vibrations and sounds when the rocks clash.

Abundant materials are mobilized, following a high activity, characterized by 4 to 10 hourly explosions, accompanied by plumes of gray ash at a height of 4.300 - 4.700 m. asl.

Block avalanches are continuous in the vicinity of the cone. 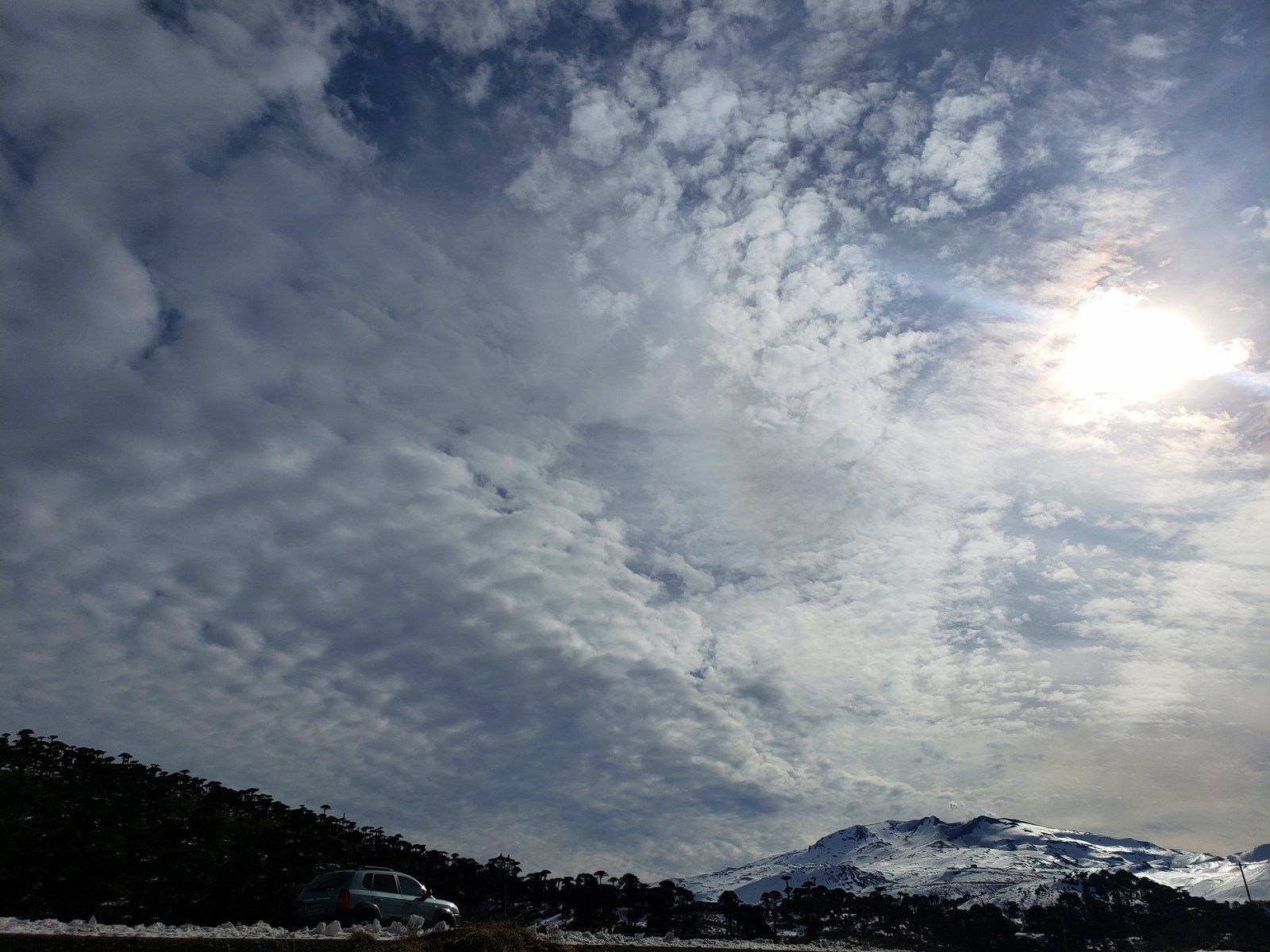 A beautiful picture of the Copahue, on alert Amarillo, located on the Chilio-Argentina border; Spring is slow to come in the southern hemisphere, and snow remains at altitude.