One hundred years have passed since the last eruption of Katla in Iceland.

The volcanic massif is partially covered by the Mýrdalsjökull glacier, which covers the eruptive vents; the Katla eruptions are explosive, despite their basaltic composition, due to the extrusion of the magma underwater, and are accompanied by ice floods (jökulhlaup). 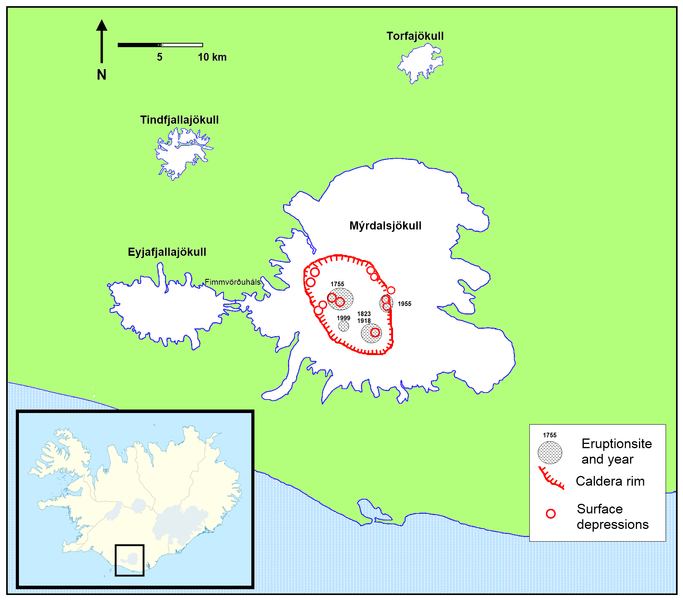 Mýrdalsjökull and Katla - location of eruptive sites and dates of activity; Caldeira boundaries and depressed areas

In 1918, the eruptive plume reached an estimated height of 14,000 meters, and lahar deposits extended the south coast of Iceland by 5 km. It is classified by the GVP of a VEI 4. 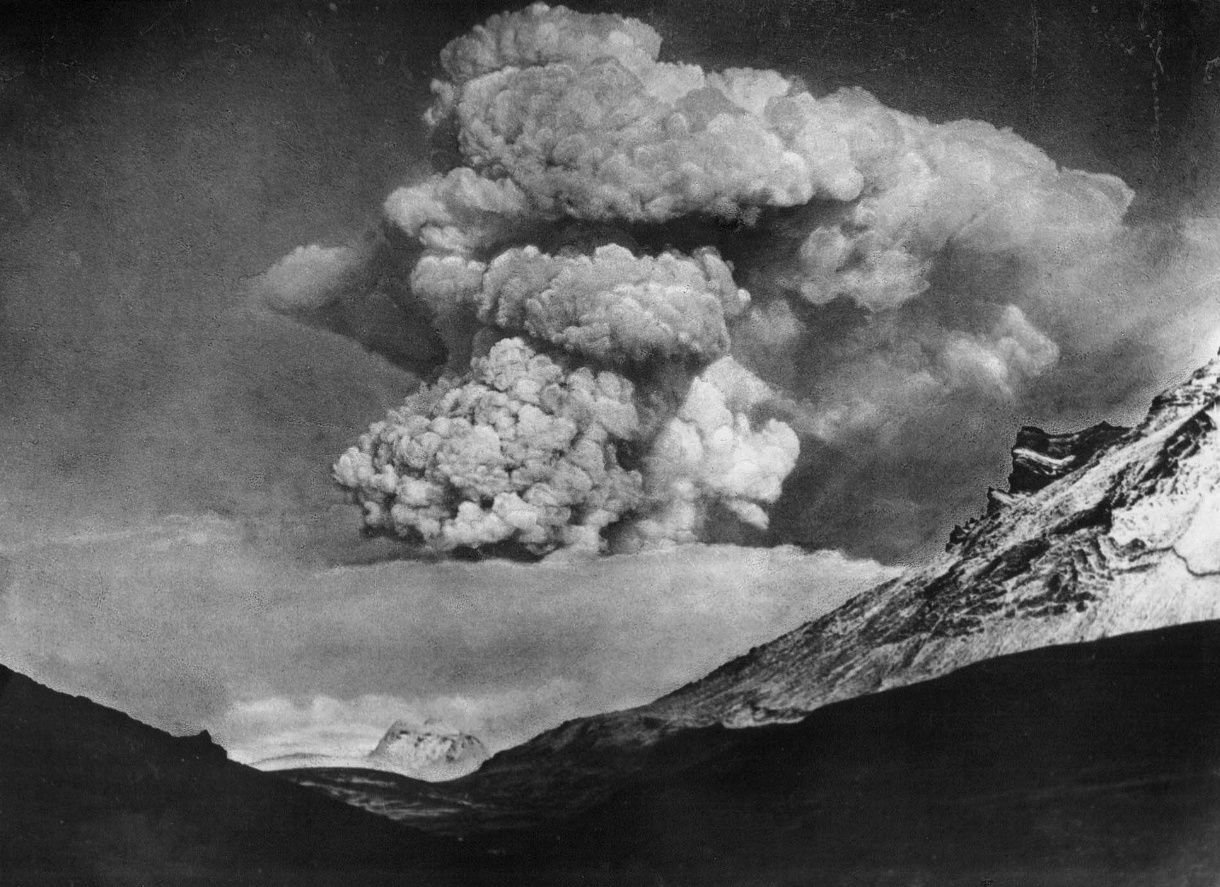 " Fortunately there were no casualties, but a group of farmers who at the time were rounding up sheep had a narrow escape.
The men were close to Álftaver when they heard the heavy booming sounds. They saw there was nothing for it but to immediately head in the direction of Skálmabæjarhraun lava field, the highest point in the surrounding landscape. A short time later they could see the massive glacial tidal wave bearing down. Forced to abandon their unfortunate livestock they galloped away from the approaching flood.
Terrified, they pushed their horses to the limit racing across ditches and streams. It was hard to know which moved faster, the galloping horses or the flood waters behind them. Horses and riders made it to the edge of the lava field just before the glacial wave. Most of the livestock that had been rounded up drowned. The shepherds then headed towards the men gathered up on the lavafield. To everyone´s great relief all were accounted for.

The men next rode to the farm Skálmabæjarhraun. There they hastily carried everything from the farm up onto the edge of the lava field. That night they and the family sheltered in a barn higher up on the lava field. Few if any of them slept. Ash and cinder fell from the sky and it was pitch dark. Every now and again there were flashes of lightning. In the distance they could hear the claps of thunder and booming of the eruption and the gushing, grating sounds from the glacial torrent. When the people woke next day they saw that the flood waters had reached the farm´s front yard and right by the entrance stood a large lump of ice waist high in size.

The farm Skálmabæjarhraun was abandoned after the eruption. Fortunately other farms in the vicinity suffered only minor damage. What is remarkable is that there was no loss of life in this natural disaster that lasted 24 days."

The eruption of Katla in 1918 - http://www.visitklaustur.is 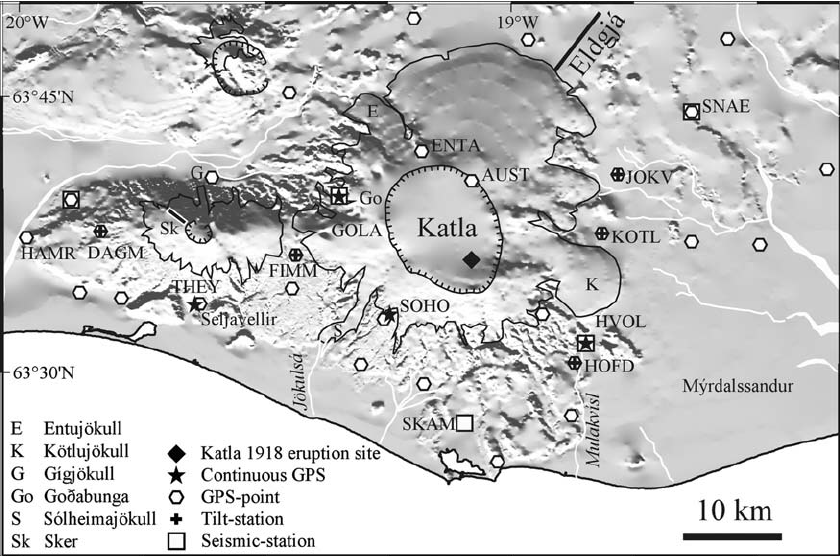