On the island of Ambrym, in the Vanuatu archipelago, Thomas Boyer, from Adventure and volcanoes, reports the presence of four lava lakes: the latest being the Niri Mbwelesu.

The Volcanological Observatory of Vanuatu reports in its latest bulletin dated September 21, an activity at a level corresponding to the level 2 alert, with an exclusion zone around the Benbow of 1 km and 2km around the Marum, including Comprs Maben-Mbwelesu craters, Niri-Mbwelesu and Mbwelesu. 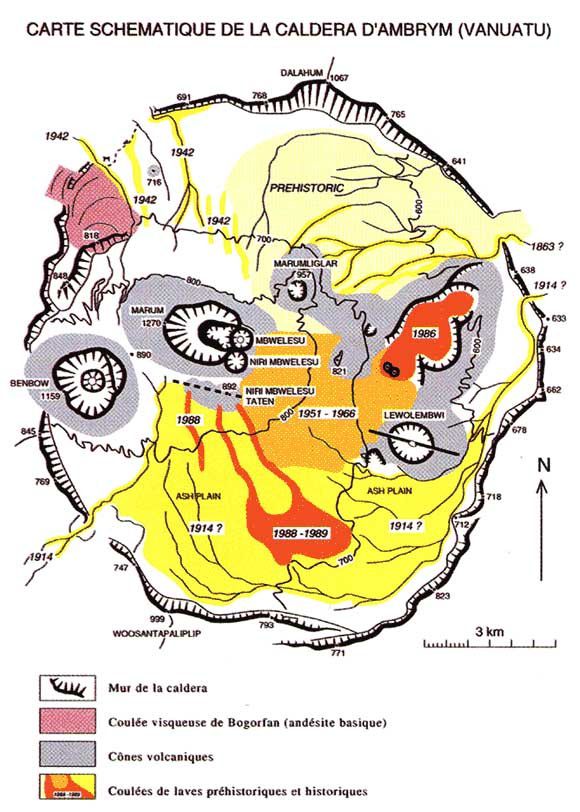 Schematic map of the Ambrym caldera and position of craters and lava lakes - Doc. Futura-Sciences The growth of the Merapi summit dome is continuing. It is visible from the hamlet of Balerante, Kemalang, Klaten, as well as a thick fumarole in the south-east section of the dome. 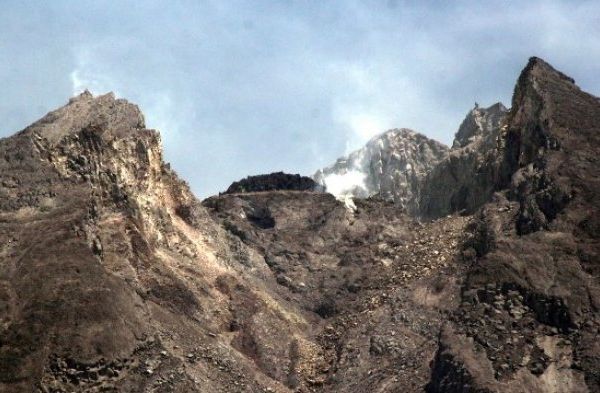 Merapi - dome growth at 05.10.2018 / PVMBG and photos of the visible dome from inhabited areas / Magma Indonesia and Tribunjogja - a click to enlarge

The past week in Sabancaya is characterized by a moderate activity: an average of 24 explosions a day, which were accompanied by plumes of gas and ash at a height of about 3,000 meters above the crater, drifting over 50 km mainly towards a large sector south.

The seismicity is marked by hybrid earthquakes, associated with the rise of the magma, low in energy and in number. Sulfur dioxide flows are still considered large, with a maximum of 5.027 tonnes / day on 1 October.

A slight deflation and five thermal anomalies, between 5 and 28 MW, are recorded. In the Kurile Islands, KVERT reports continued activity in Sarychev, and a cloud of ash drifting 70 km east.

Ash explosions are likely to occur at any time, justifying an orange aviation code.

The Ebeko is also in continuous moderate explosive activity, and in orange aviation code.

Note: An earthquake of M 6.3 was recorded by the Yuzhno-Sakhalinsk seismic station, with an epicenter 90 miles from Onekotan Island on 9 October at 7:45 UTC / 18:45 local, a few days after an eruption of the Ebeko.