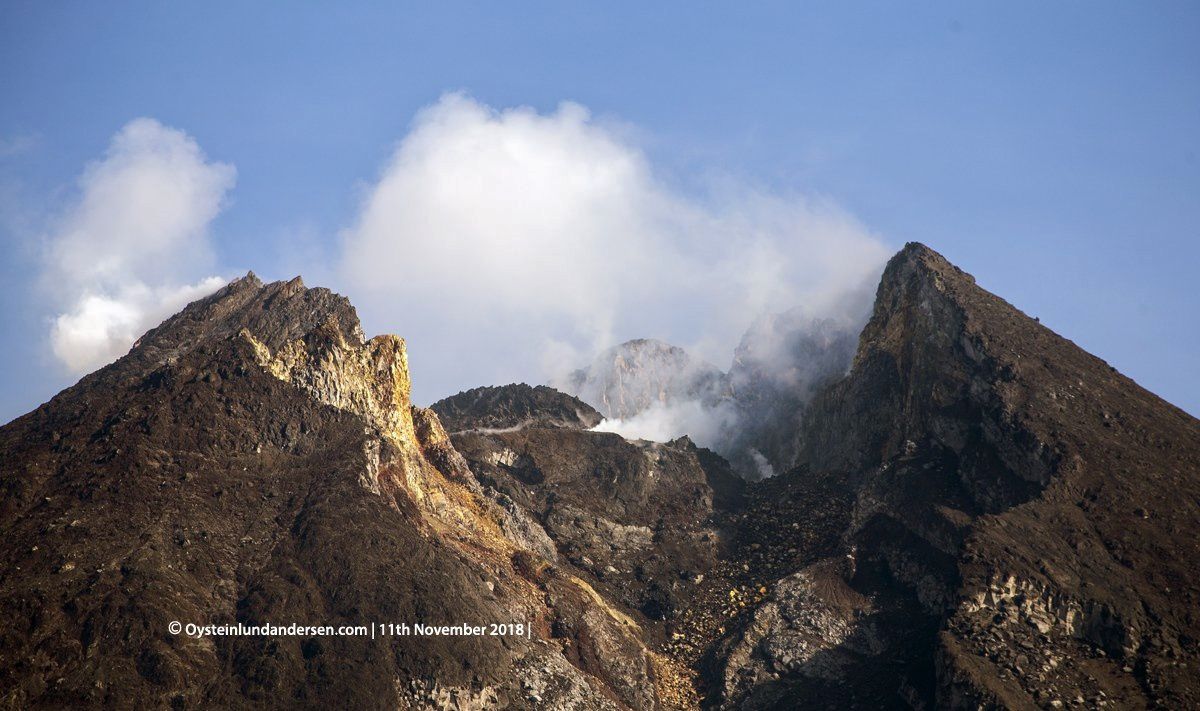 At Merapi, the dome of the volcano continues to grow; the latest measurements taken by the BPPTKG on 7 November give a volume of 273,000 m³, and an average growth rate of 3,500 m³ / day.

The dome, cleared on November 11 in the morning, was clearly visible from the valley, degassing in the notch of the summit.

The observatory considers it as currently stable, and the level of activity is maintained at 2 / waspada, with a forbidden zone of 3 km radius ... to be respected imperatively, if one refers to the history of activity of the volcano which testify the traces left in 2010 by the killing pyroclastic flows and lahars. The explosive activity of Krakatau justified an orange VONA this November 10, 2018 (at 15:15 WIB), following the emission of an ash plume about 800 meters above the summit, dispersing towards the north.

On November 11, the PVMBG reported a plume of ash about 300-600 meters above the summit, under a fog cover.

The seismicity of the day is characterized by 153 eruptions, 175 emission earthquakes, and a dominant amplitude tremor at 5 mm.

The activity level is 2 / waspada, with a 2 km radius prohibited area around the crater. 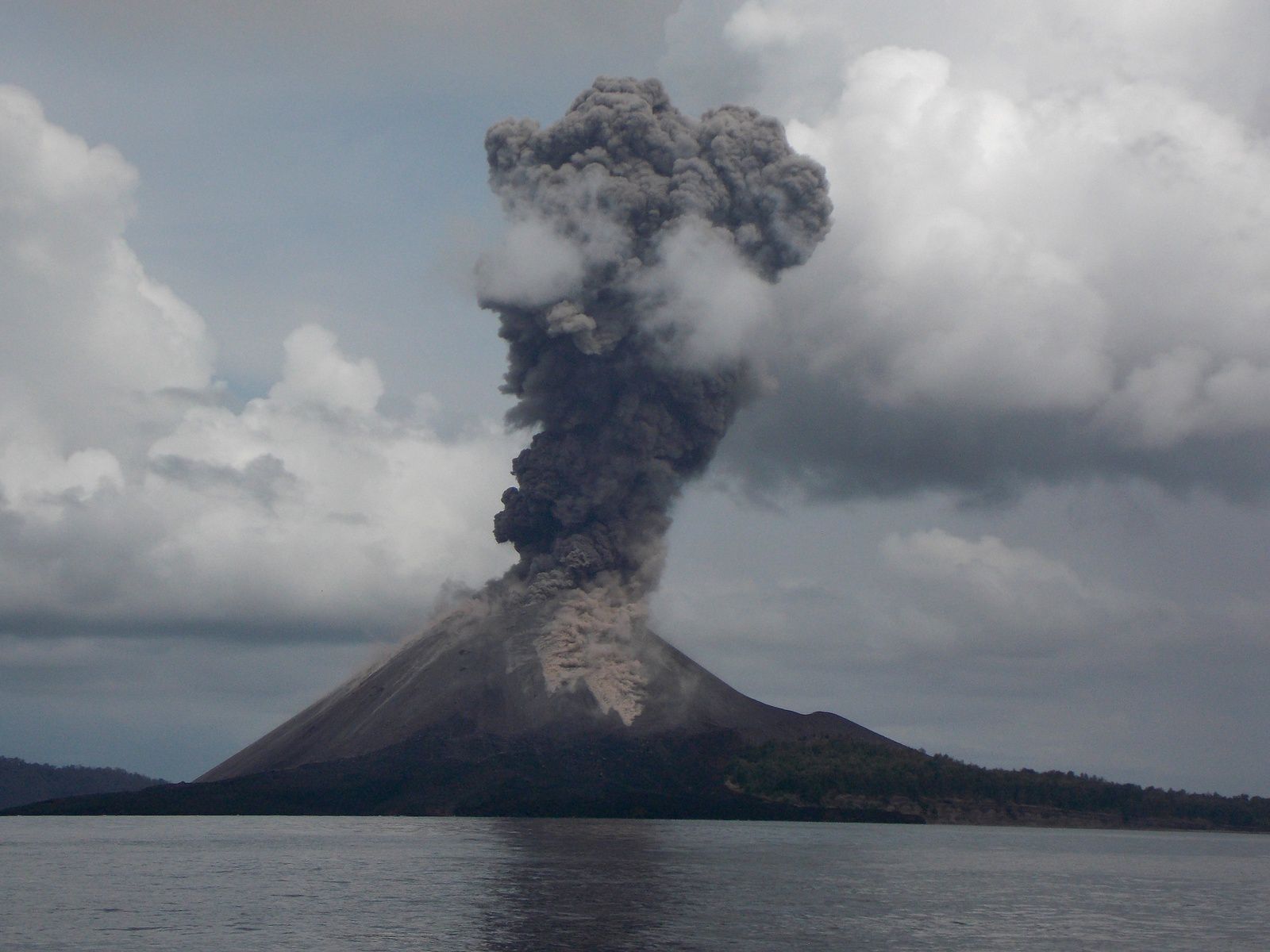 Alert level 2 currently prevails on the Mayon volcano, corresponding to a moderate level of agitation.

A small plume of brown ash, associated with outgassing, was observed briefly around 7:39 am today near the summit area, drifting southwest. There were no seismic or infrasonic recordings corresponding to this event.

A moderate emission of vapor-laden white plumes was then observed, which slid downward before moving southwest, west-southwest and west-northwest.

Precise leveling data obtained on October 22 and 31, 2018 indicate building inflation in the southeast sector, while the northern sector indicates short-term deflation from August 30 to September 3, 2018. The volcano generally remains Inflation over baselines in 2010. The electronic inclination data also show steep average slope inflation from June 25, 2018, likely due to an aseismic intrusion of magma. Kuchinoerabujima activity, in the Ryuku Islands in south of Japan, appears to have been gradually increasing since October; ash plumes are emitted about 2 km from the Shintake crater.

Pyroclastic flows are possible towards the coast, and the danger zone is to be avoided.

The alert level remains at 3 / do not approach the volcano. Etna currently has four active summits, visualized on the Sentinel 2 image of 9 November by their radiative power at the northeastern crater, at Bocca Nuova where two vents are present, and at the "Puttusiddu" of the new southeastern crater.