Sentinel 2 satellite images show that the activity of Karangetang / Api Siau , effusive since the end of November, continues on December 25 in the direction of the gorges located in the west-west.

The seismicity is directed since December 5-6 to avalanches of erosion of the lava  (guguran) until about December 22, before taking on a new aspect.

The Karangetang is in activity level 3 / Siaga, with a forbidden zone of 2.5 km to the northeast and southwest, increased to 3 km to the northwest. A Vona is orange, issued on 25.11.2018. At Anak Krakatau, still no new topographic data after the collapse that seems to be confirmed, due to significant cloud cover.

The lightning detection system provides information on a significant number of lightning flashes produced in the area over the last three days, the only sign of significant activity due to the interaction of magma with seawater. Anak Krakatau - synoptic table summarizing the mechanisms lead to the disaster, and counting the number of victims of the tsunami - via Antara

The seismicity table reveals only continuous tremor of amplitude 8-40mm, with a dominant at 20 mm.

The level of activity remains fixed at 2 / waspada, with a prohibited area of ​​2 km radius. Probably one of the last photos of Anak Krakatau before its partial collapse in the ocean, and its change of appearance. - a collector by photo Øystein Lund Andersen 22.12.2018 / 18:59 local time

At Etna, details are provided by the INGV on the site of the last lava flows:

The eruptive fissure extended from the southeastern base of the new southeast crater to the west wall of the Valle del Bove, reaching a minimum altitude of about 2,400 meters above sea level. A second small eruptive fissure opened a little further north, at about 3,000 meters above sea level, between the new southeastern crater and the northeastern crater, and produced almost exclusively low Strombolian activity. for a few tens of minutes.

During its propagation, the open eruption fissure in the Valle del Bove fed lava flows that completely crossed the west wall of the valley, reaching its bottom and settling at 17:00 UTC on December 24, at varying altitudes of 1650 and 1800 meters.

In the early hours of December 25, the eruption is still in progress. A lava flow continues to flow into the Valle del Bove, fed by the eruptive fracture whose lower mouth is located at about 2400 m altitude, along the western wall of the valley.

The seismic swarm that accompanies the eruption continues; since yesterday morning, in about twenty-four hours, more than 900 seismic shocks have been recorded by the seismic network of the INGV Osservatorio Etneo.

A section of the A18 Catania-Messina has been closed, where it appears that there has been a lowering of the road surface near Acireale.
At present, there are no casualties or serious injuries, only damage. Etna - eruptive fissure at the base of the NSEC and flows towards the Valle del Bove - photo 24.12.2018 Emilio Messina 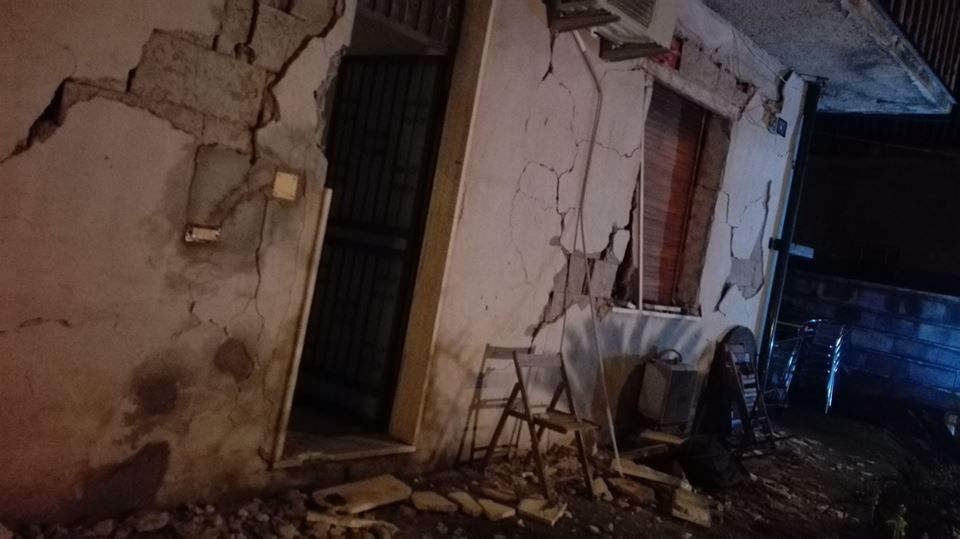 In Ambrym / Vanuatu, the volcano is in minor eruption, level 3 with zones of danger unchanged.

This eruption is linked to a strong seismicity that could continue to affect existing fissures, especially in the southeastern part of the island.

As the analysis of the satellite data confirms a deformation of ground, other earthquakes are expected, perceptible or not by the population according to their magnitude.