On December 7 at 3:13 local time, the Sernageomin recorded at the Nevados de Chillan complex an explosive event associated with an LP earthquake, in relation to the dynamics of internal fluids.

An incandescence, related to the emission of gas and pyroclasts at high temperature, was observed on webcams; the fallout remained close to the active crater.

This activity remains in the current orange alert standards, and maintained. 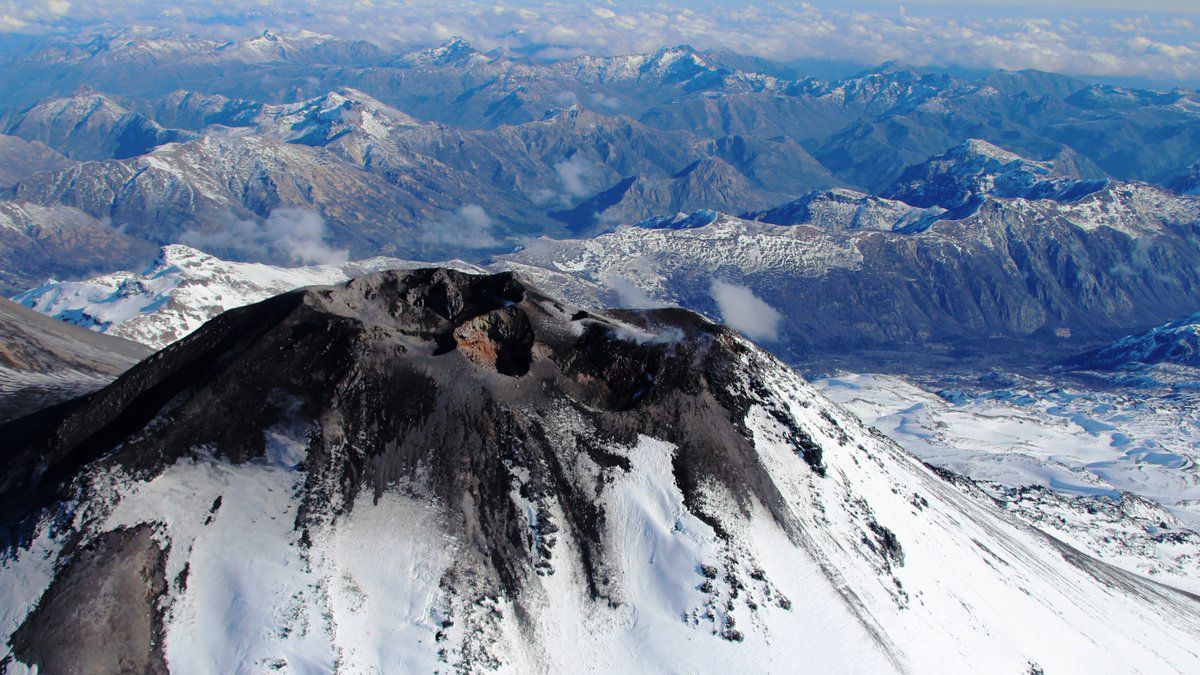 On the same day, between 13:05 and 13:40 local, the webcams of Planchón - Peteroa recorded an emission of particulate materials at a height of 1,300 meters, dispersing towards the ESE; the show was accompanied by tremor.

The complex remains on Amarilla technical volcanic alert ... other similar or more energetic episodes are likely to occur At Popocatépetl, three explosions occurred on December 7th, at 6h43, 22h44 and 23h22 local respectively; they were accompanied by ash plumes at 1,800, 1,500 and 2,000 meters, and emissions of incandescent fragments on the flanks of the volcano.

The activity remains in the context of the Amarillo Fase 2 volcanic alert, and the observatory reminds the safety zone of 12 km to be respected, and the recommendations in case of falls of ashes. 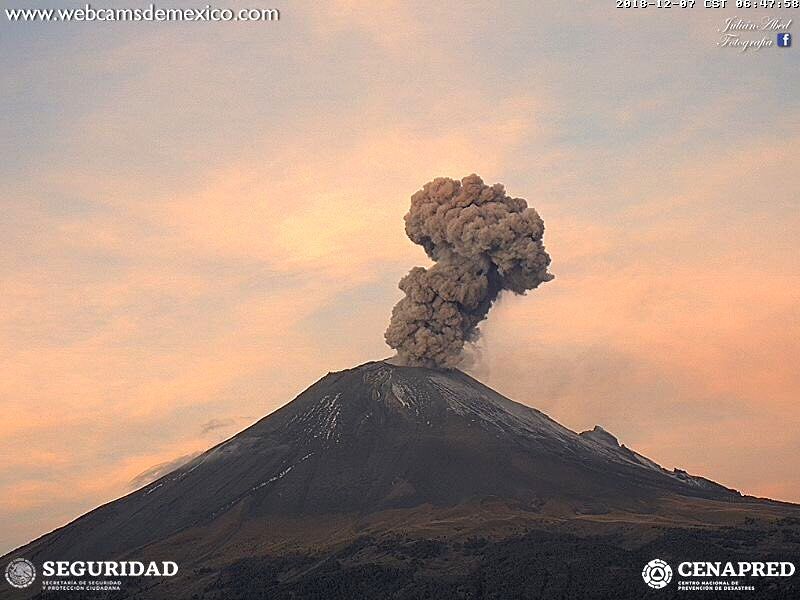 An interesting development of volcanologists Boris Behncke and Marco Neri on the ongoing activity at the NSEC of Etna: it concerns the location of the small cone of slag, and the mouth at the origin of the lava flow and incandescent blocks, and fluctuations in activity.

Frequent changes in the direction mark the lava flows, which extend a few hundred meters east side of the NSEC, then stop. The magma takes two paths to the surface: one towards the cone of slag, seat of Strombolian activity, the other towards a mouth where accumulate viscous lava, which often have difficulty to sink and generate bearings of incandescent blocks. Both types of activity, explosive and effusive, show fluctuations. Diagram of the theater of activity at the eastern mouth of the new crater southeast / made on the basis of photo taken on 05.12.2018 by Gianni Pennisi / via article INGV Vulcani Wordpress Etna - strombolian activity from the cone of slag, and effusive from the oriental mouth - photo Gio Giusa 29.11.2018

The volcanological observatory of the Soufrière of Guadeloupe observes an increase in seismicity since the beginning of 2018. In the first part of the year this progression culminated with the very energetic crisis of the end of April. In addition, since 4 August 2018, the OVSG-IPGP has recorded a further marked increase in the number of earthquakes distributed in seismic swarms (total of 6 swarms with a peak of at least 50 earthquakes per day as of 31 October) of very low energy which succeed one another in a close manner in time. In October, a total of 1257 earthquakes of volcanic origin - 1,255 earthquakes VT and 2 LP - were recorded, located essentially between 500 and 1,500 m of depth under the summit. This increase of the seismicity recorded since August 4 is not therefore not directly related to this better resolution of the observation networks.

Soufrière of Guadeloupe - the Tarissan gouffre, which should be named after a vet who accidentally fell in it in the 19th century. - photo Stromboli on line

This recrudescence marks a change in the behavior of La Soufrière during the last months which involves other processes related to the circulation of fluids. An intensification of this trend could have implications for the phenomena that characterize the summit of Soufriere. Indeed, we can not exclude the possibility that the following phenomena occur suddenly and very localized: formation of geyser with projection of hot and acid mud, projections of ash and fragments over a few meters, sudden vaporization of liquid in overpressure , as well as the opening of new fumaroles.

The gaseous fumes in the vicinity and leeward of the main fumaroles of the summit (notably the Crater South, the Tarissan, and the Gouffre 1956) present, since 1998, proven risks of irritation and burns (eyes, skin, respiratory tracts) and hot and acid mud projections. Due to the presence of these toxic gases, a by-law of the city of Saint-Claude prohibits public access to certain areas of the summit. Soufrière of Guadeloupe - the andesitic dome - photo Stromboli on line