In Popocatepetl / Mexico, the activity is characterized by exhalations of water vapor, gas and ash - 34 on December 15, 147 on December 16 - and nocturnal incandescence, more intense at the time of exhalations.

The seismicity is marked by earthquakes VT of M 1,5 and 1,8 and tremor of low amplitude during 39 minutes. 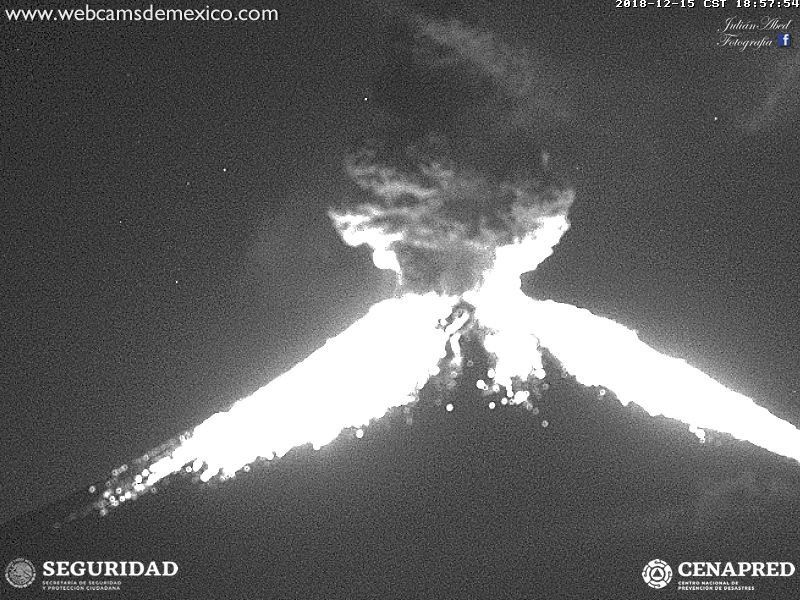 An increase in Peteroa's activity is reported for December 16th. The seismicity is characterized by tremor impulses, associated with a greyish pulsatile degassing of a height less than 800 meters, containing particulate material.

The eruptive plume disperses to the southeast toward Argentina.

Incandescence is observed, as well as a series of thermal anomalies of low intensity on the active zone. 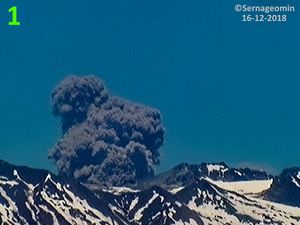 Peteroa - plumes of varying intensity on 16.12.2018 - photos Sernageomin - one click to enlarge

Peteroa - dispersion of the ash plume towards Argentina on 15.12.2018 - Doc. Volcanoes of Chile

In Vanuatu, the fissural eruption, located near the cone of the 2015 eruption in the Ambrym Caldera, continued into the day of 16 December.

The lava fountains formed a curtain some 100 meters long over the crack, reaching a height of 40 meters, and feeding a lava flow towards the eastern part of the caldera. (John Tasso / Volcanodiscovery)

The VMGD report of 16:23 reports explosions and continuous emissions of ashes that mark several craters: Marum, Benvow and Niri mbwelesu. Ash falls are reported all day on the villages.

Volcanic earthquakes that accompany activity cause cracks in buildings and soil, especially in southeastern areas of the island; it is advisable to stay clear of thecracks, not to bury them, or to throw things in them.

At the latest news, the team Trail by fire, on site, reports on December 16 in the evening, the stop of the fissure eruption and the drainage of existing lava lakes.

A descending ALOS-2 interferogram provides information on displacements of more than one meter, presumably due to the deep magma intrusion that feeds the eruption (Tara Shreve / Twitter) 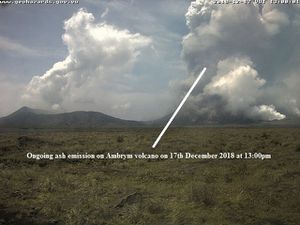 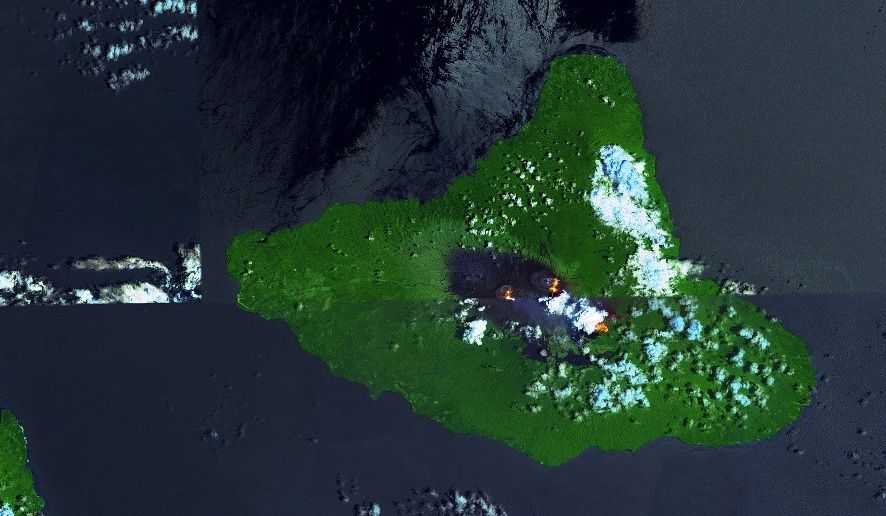 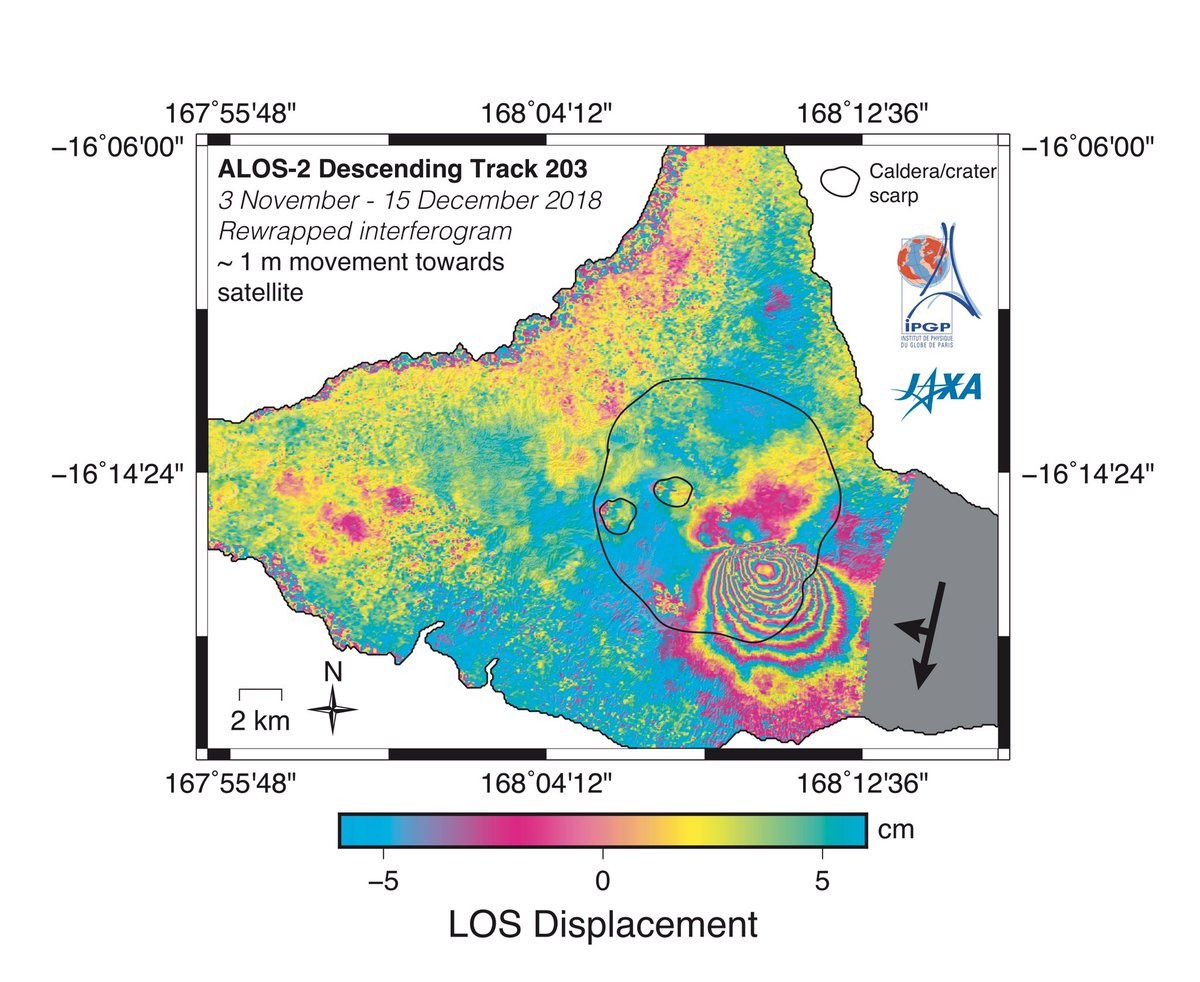 Ambrym - Interferogram descending ALOS-2 between 03.11 and 15.12.2018, with displacements of more than one meter, presumably due to the deep magma intrusion that feeds the eruption (Tara Shreve / Twitter)

At Merapi, on the island of Java, an avalanche of lava is reported on December 16 at 7:08 pm EST; it remained confined in the upper 300 meters of the volcano, above Kali Gendol.

It is recommended to the surrounding communities to remain calm and informed, the situation not endangering the inhabitants of the slopes and surroundings ... for now

At Soputan / Sulawesi, the eruption continues on December 17, with ash plumes ranging in height from 1,500 to 7,000 meters, and nighttime glow.

Note that the airport of Manado remains operational. 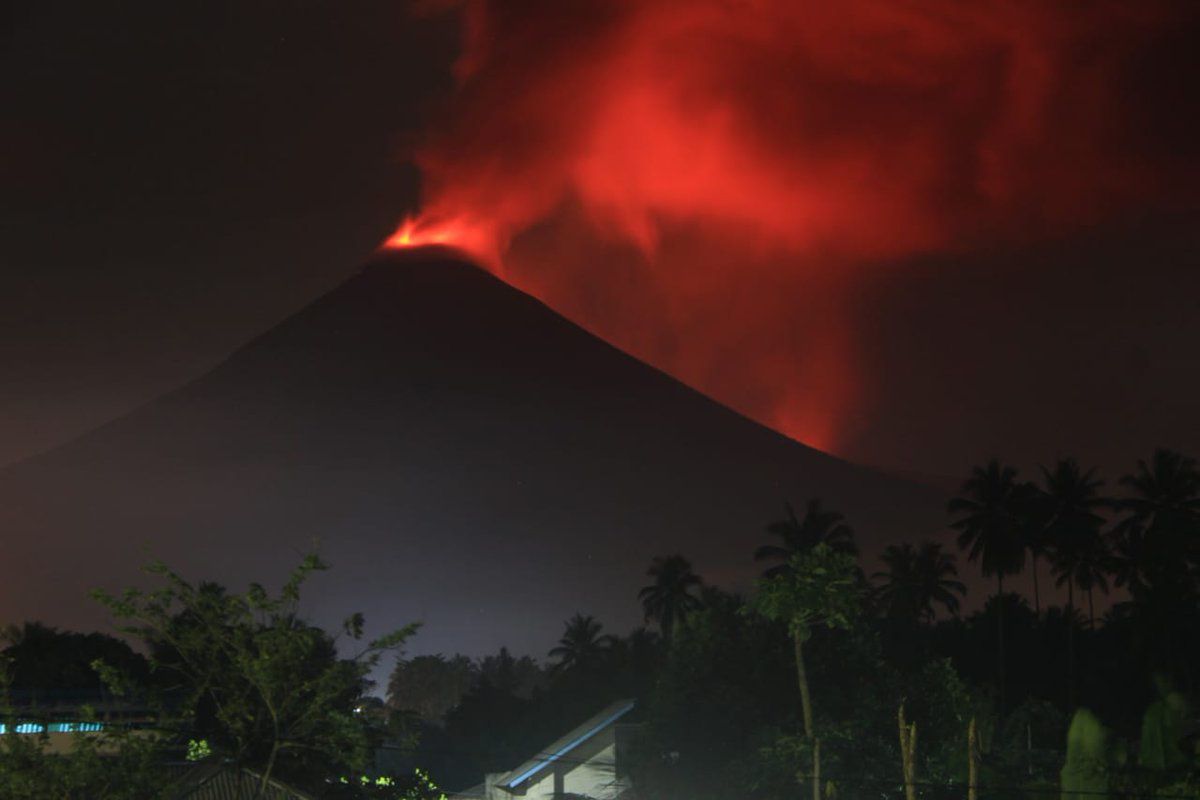