During the last 24 hours, 51 exhalations were recorded at Popocatépetl, as well as three minutes of harmonic tremor.

On december 2, three explosions were observed accompanied by ejection of incandescent fragments on the flanks of the volcano and plumes of ash reaching 2,500 meters above the crater: the first at 5:09, the second at 9:22, and the third at 15:45. 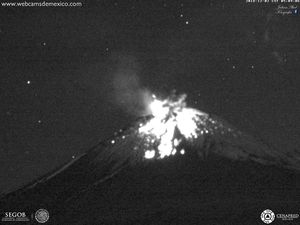 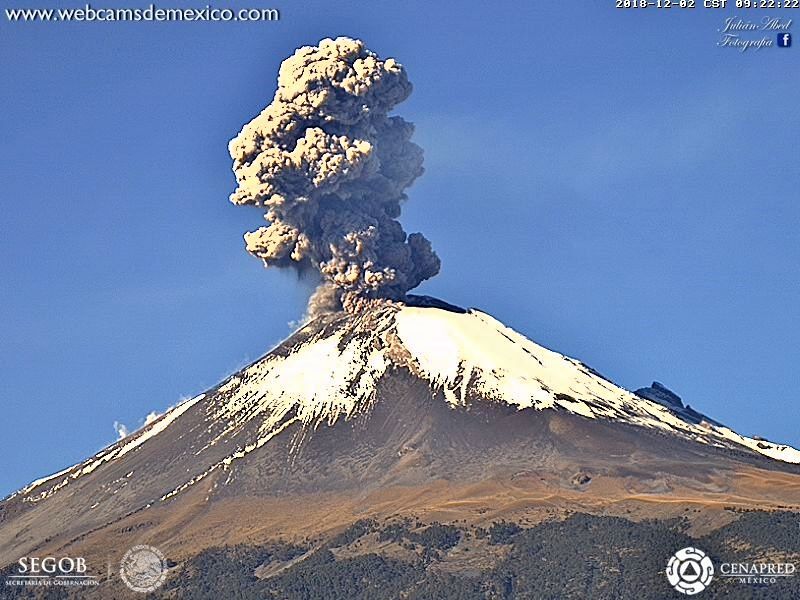 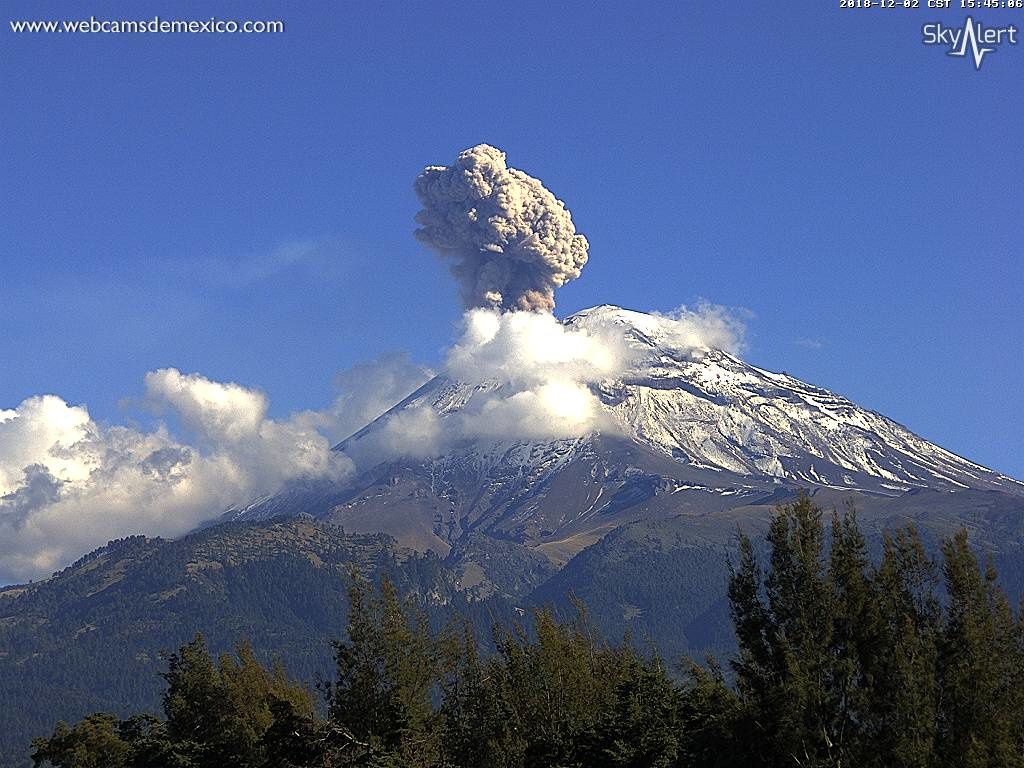 Meanwhile, a constant emission of water vapor is noticed, with dissipation to the northeast.

The alert level remains at Amarillo Fase 2, along with the recall of instructions not to access the volcano due to the danger of falling ballistic fragments and lahars in case of rain.

At Villarica, Volcanes de Chile reports at the end of November the presence of a small active pyroclastic cone at the bottom of the crater, marked by a warmer zone. 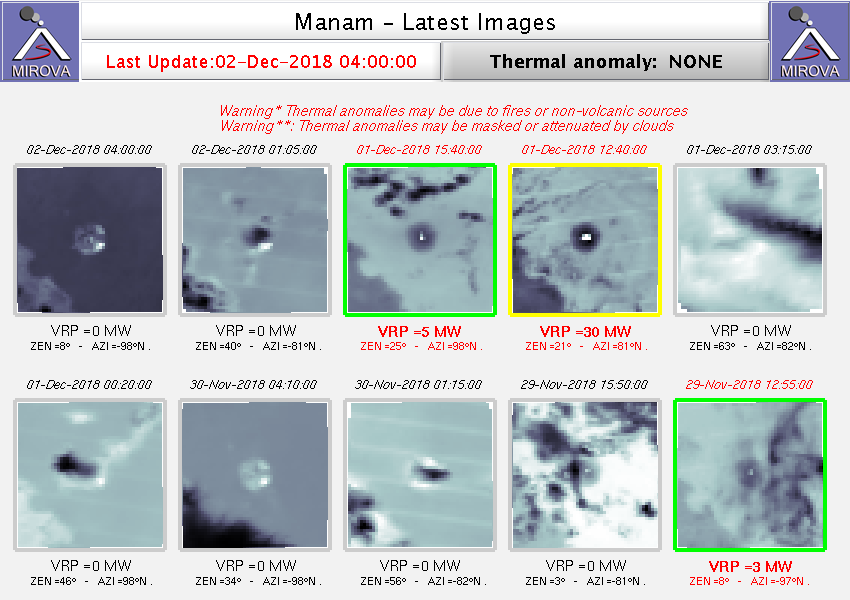 A Sentinel 2 image of December 1 shows a bluish plume surmounting the occasional cloud cover over Manam.

Still off the Big Island, Kadovar volcano, in orange aviation code, is the seat of ash emissions spotted by the Himawari 8 / VAAC Darwin satellite, extending to the southeast. 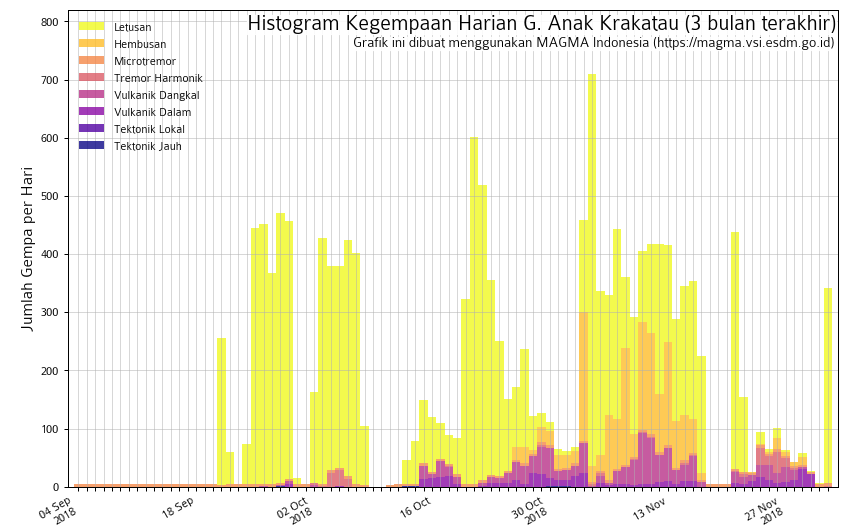 Seismicity is characterized by 154 eruptions, 45 earthquakes, volcanic earthquakes, 60 shallow and 80 deep, 57 episodes of harmonic tremor and a continuous tremor of amplitude between 1 and 58 mm.